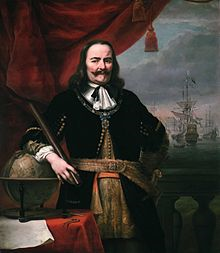 I had been invited to give a short introduction about De Ruyter. Not being an expert on this topic I delved into the British Library’s collections to look for suitable material. The film’s main focus is on the three Anglo-Dutch wars (1652-1654, 1665-1667, 1672-1674). De Ruyter fought in all of them.

One of the battles during the First Anglo-Dutch war was at Scheveningen on 10 August 1653. The Dutch High Admiral Maarten Tromp (played by Rutger Hauer ) was killed and De Ruyter was the only commander to make it to Tromp’s cabin. On his orders Tromp’s death was kept secret to keep morale up.

After the battle De Ruyter wrote a letter to the Grand-Pensionary of the States General, Johan de Witt. This letter got printed and we hold a copy within a so-called ‘tract-volume’, where you will find other publications from the period about the First Anglo-Dutch War gathered and bound together. 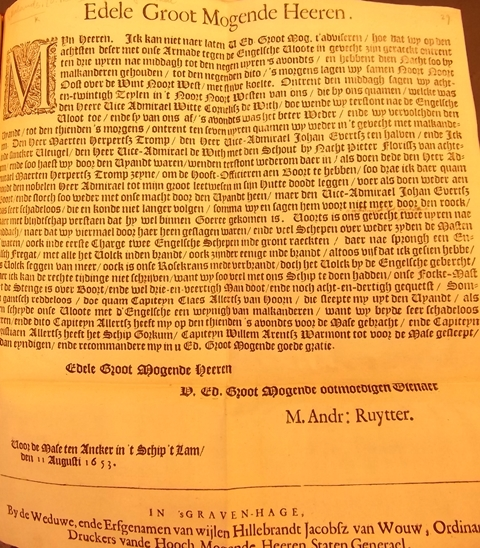 In the hastily-written letter De Ruyter gives an account of the battle, which lasted two days and resulted in great losses on both sides, in both men and ships. De Ruyter describes his sorrow over the death of Admiral Maarten Tromp, the chase of the English and the battle. De Ruyter’s own ship The Lamb was so badly damaged it could hardly sail and had to be towed to safety by one of the other ships.  At one point he says he is too busy to report on everything that happened. His foremast is broken and he has 40 dead and 48 injured men. That gives an amazing glimpse in the state of mind De Ruyter must have been in. Here he is, sitting in his cabin, frantically writing his letter whilst anxious to get back on deck where his crew and ship need his attention.  Note how he meticulously records the date and place where he signs off.

The death of Maarten Tromp led to the publication of many pamphlets and poems. In another collection of tracts about the First Anglo-Dutch war there is this one (published in Dutch) A Little Conversation on the Old and the New Admiral, being a defence of M.H. Tromp against several false accusations, by a true Dutch seaman.  It is a fierce defence of the old admiral's actions during the battle, presented in the form of a dialogue between two men. 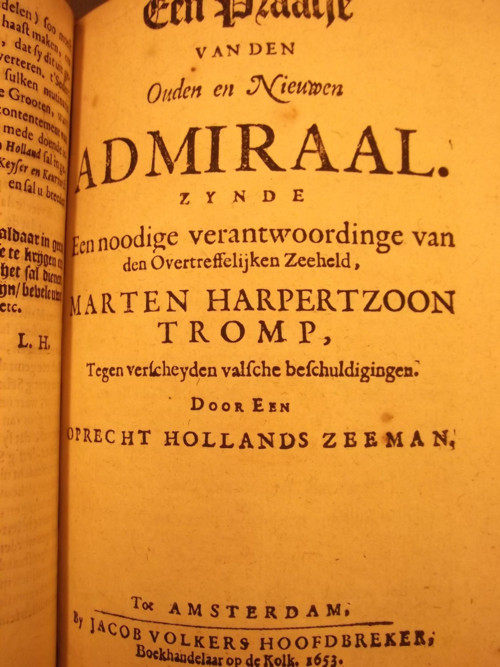 After De Ruyter’s great victory on the Medway of June 1667, one of the greatest Dutch poets of the time, Joost van den Vondel  wrote a poem in which he called De Ruyter ‘The Lion of the Seas on the Thames’. Vondel relates how God brought down Charles II, sitting on his throne in his ‘haughtiness’  (with a swipe to his executed father Charles I) and thinking the chain across the Medway will ward off the Dutch.  Vondel exaggerates a bit here by saying that the chain spans from Dover to Calais. However, God sends his very own fleet, the States Generals’ with The Lion slashing and burning its way up the Thames and Medway to thrash the English fleet. ‘What do you say now, heh, Charlie?’ continues Vondel. He ends with how at Breda (where peace was made quickly after the Raid) three men were knighted: ‘Ruiter, Gent en Ruwaert Wit.’ 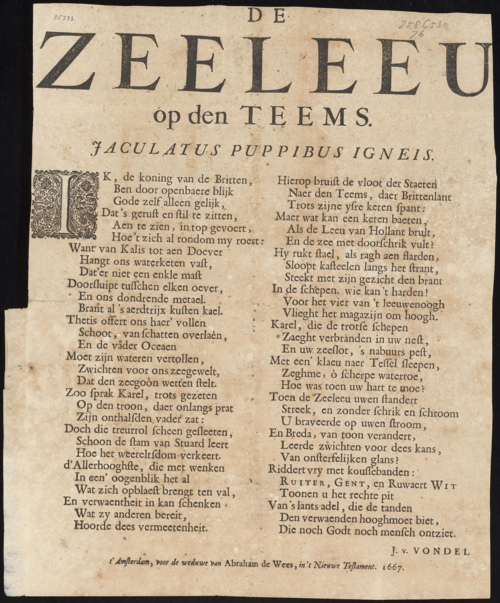 The best English contemporary source on the Anglo-Dutch Wars are the diaries of Samuel Pepys (1633-1703).  The diaries are available online at www.pepysdiary.com

If you prefer print editions do consult our catalogue, where you will find hundreds of titles concerning Pepys, his diaries and his role at the Royal Navy. The early 20th Century children’s series ‘World Heroes’ includes a volume about Michiel de Ruyter. It has various coloured plates depicting scenes from De Ruyter’s life and career. 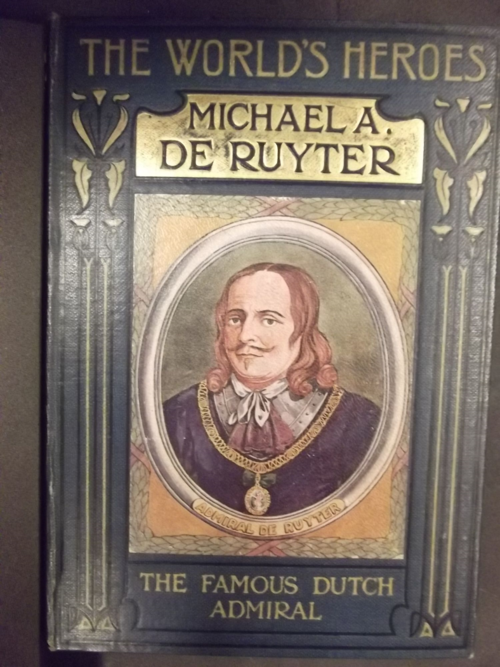 Last year Robin Jacobs wrote a guest blog  about the prelude to the Raid on Chatham: Holmes Bonfire. Newly-published titles are added to the collection, so do keep coming back here to see what’s new.

Posted by Olga Kerziouk at 4:10 PM