Some birthday thoughts on friendship, love and ‘luxury’ editions

Today we celebrate 145 years since the birth of the Nobel Prize-winning Russian author Ivan Bunin.  On 22 October 1945 he was celebrating his 75th birthday in post-war Paris. He was in desperate need of money, as nothing could be published in occupied France and the occasional fees he earned in America were difficult to receive. His loyal friend the writer Mark Aldanov, who at the beginning of the war had fled Europe and settled in New York, tried to help.  In 1942, Aldanov became one of the founders of Novyi  Zhurnal=The New Review which remains the oldest and most influential Russian émigré literary journal. He invited Bunin to contribute his latest short stories to the journal. They were later published together as a book under the title Temnye allei (Dark Avenues) – a book about love. When Aldanov started receiving Bunin’s stories for publication in America, he felt a little uncomfortable, as quite a few of them were rather more erotic and explicit than was permissible in the puritan post-war US, even in foreign languages.

In his letter of 28 August 1945 to Bunin’s wife Vera Nikolaevna,  Aldanov wrote:

Today I received two wonderful short stories by Ivan Alekseevich: ‘The Oaklings’ and ‘The Riverside Inn’. This is very fortunate, as in the 11th book [of The New Review] we were planning to publish ‘Madrid’ and ‘The Second Pot of Coffee’, but this would have been a bit inconvenient. Yesterday, we had a quick meeting to discuss how to collect a bit of money for Ivan Alekseevich on occasion of his anniversary. […]  But you probably understand that ‘Madrid’ and ‘The Second Pot of Coffee’ would be met with displeasure in some ‘puritan’ New York circles. We do not care, but this might affect our collection: rich ladies are angry – their virginal prudery is offended by Ivan Alekseevich. That is why it is better to publish in the 11th book these recently received stories and the other two – after the celebration.

To collect more money for Bunin’s jubilee Aldanov and other prominent figures in the Russian American circles decided to present a token of gratitude to those who wanted to contribute to Bunin’s collection: each contributor would receive a ‘luxury’ edition of one of Bunin’s stories. ‘Riechnoi traktir’  (‘The Riverside Inn’) was chosen to be published as a separate edition.  The book was designed by Mstislav Dobuzhinsky free of charge. 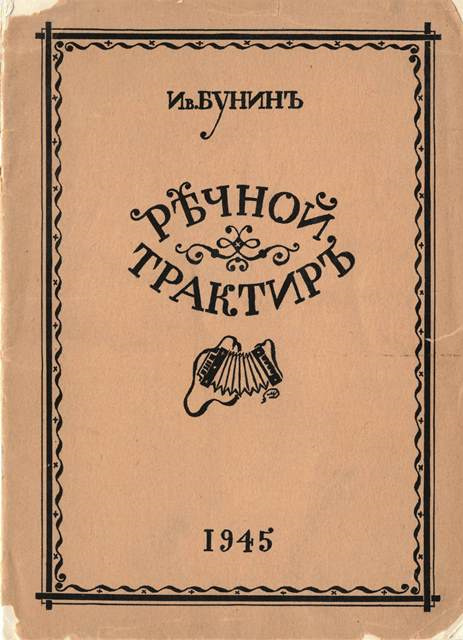 In his letter, Aldanov informed Bunin that they would like to reproduce of one the typewritten pages with Bunin’s handwritten annotations and ideally  his portrait. 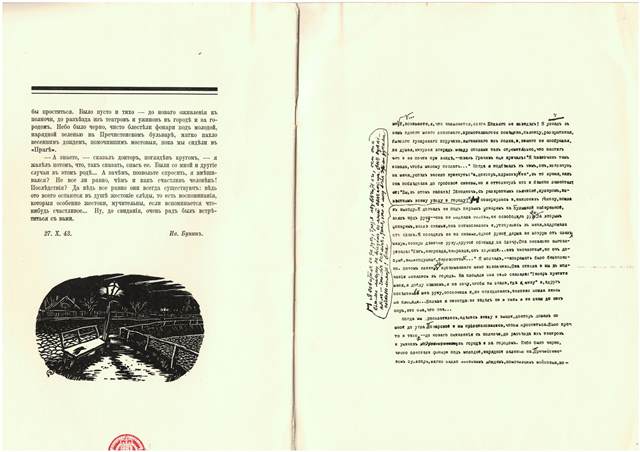 The facsimile of a typewritten page

On 23 November 1945 Aldanov thanked Bunin for the photograph: “I’m grateful for everything, and especially for the photograph and the inscription (a very nice one which cheered me up a lot). As soon as the printer has finished with it, I will frame it and put it in the most honourable place”.   Bunin liked some of his photos, but hated looking old, so the portrait that appeared in the book (below) dates from 1899, when he was 29. 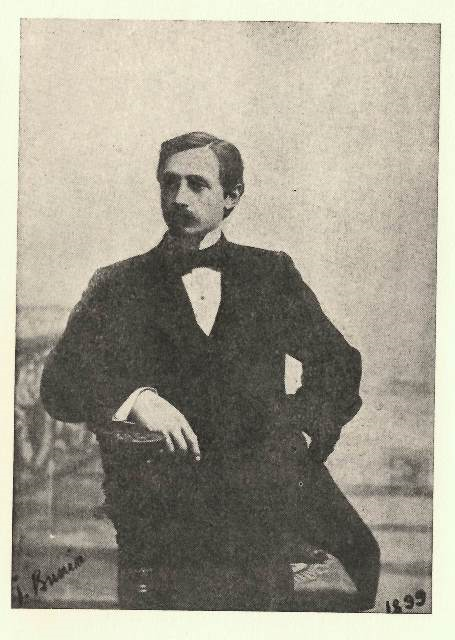 The book was published in a limited edition of 1000 numbered copies. The British Library’s copy is no. 412, and was purchased in June 1980 (shelfmark ). 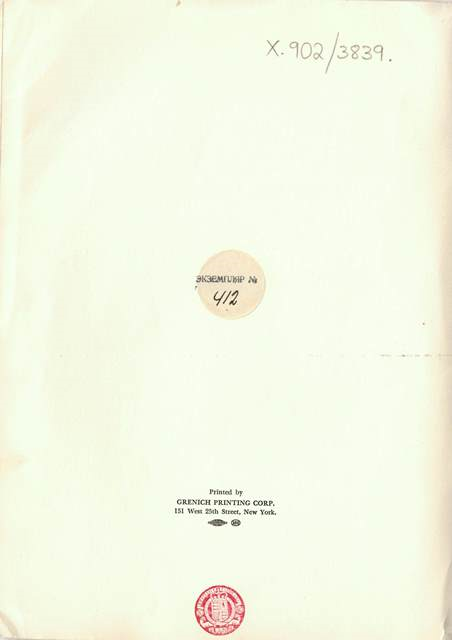 Aldanov and Bunin’s other friends managed to raise ca 1,000 dollars on the occasion of his 75th jubilee.

Posted by Olga Kerziouk at 8:00 AM