The Goats that Got Away

As one of the co-curators for our current Animal Tales exhibition, one of the most enjoyable parts of the process was selecting the exhibits.  An opportunity to spend time exploring the collections, to revisit the known but also to make new discoveries, is a stimulating part of the work.  One of the frustrations was that, with such a broad subject area, we were not able to include all the items we might have liked.  There were inevitably some that ‘got away’. One such, a personal childhood favourite, was the story of the Three Billy-Goats Gruff. It comes from the compendium of Norwegian folk tales collected and edited by Peter Christen Asbjørnsen and Jørgen Moe in the 19th century.  These tales are much-loved classics in Norway, printed in many editions over the years. 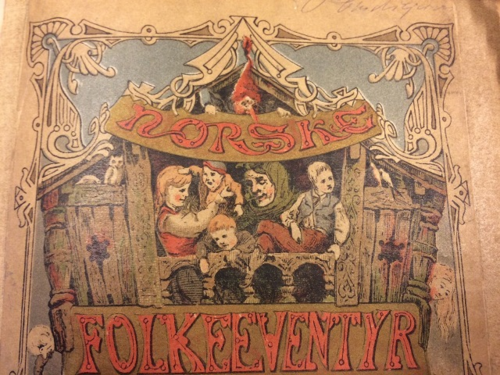 The story’s original Norwegian title in full (a bit less snappy than the English one we know) was De tre Bukkene Bruse, som skulde gaa til Sæters og gjøre seg fede which roughly translates as ‘The three Billy-Goats Gruff who were going to mountain pastures to fatten themselves up’.  ‘Bruse’, which is the name of the goats, was translated as ‘Gruff’ in the first English version, and this translation has stuck ever since but in fact the word refers to the hairy tuft on a goat’s forehead, as shown on the splendidly regal goat below, illustrated by Otto Sinding  in an 1896 edition. 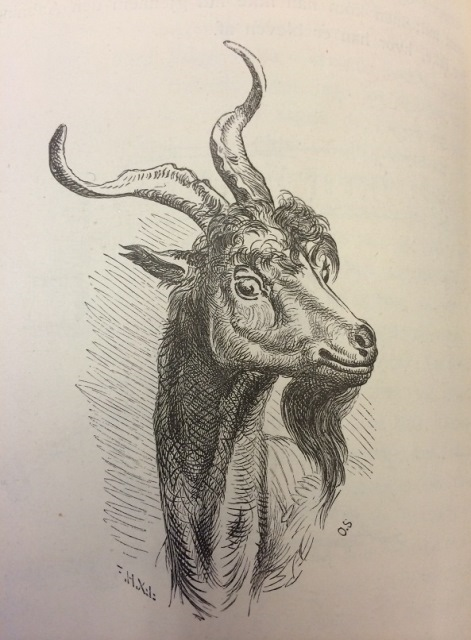 The story was originally published in Christiania (as Oslo was called at that time) in 1843 in the third of four parts of Norske Folkeeventyr (Norwegian folk tales).

The first English translation came in 1859 in Popular Tales from the Norse by G. W. Dasent.  It was also included in the shorter, illustrated edition in 1862, A Selection from the Norse Tales for the use of children.  From an introductory note in this edition it becomes clear that the subtitle ‘for the use of children’ has been very deliberately chosen. Dasent muses regretfully  that ‘this selection has been made to meet the scruples of those good people who thought some of The Norse Tales too outspoken for their children’. Luckily for us, The Three Billy Goats Gruff was not one of those considered unsuitable for Victorian tastes and, unlike most of the stories in the collection, it has continued to enjoy popularity in this country down to the present day. Like many of the items featured in Animal Tales, this is a story about animals that allows the teller and the listener to explore some very human situations and emotions. The Three Billy Goats Gruff has echoes of other European folk tales of the time on a very similar theme, such as the Grimm brothers’ Little Red Riding Hood: in essence it is the story of a journey during which the protagonists pass from danger to safety. 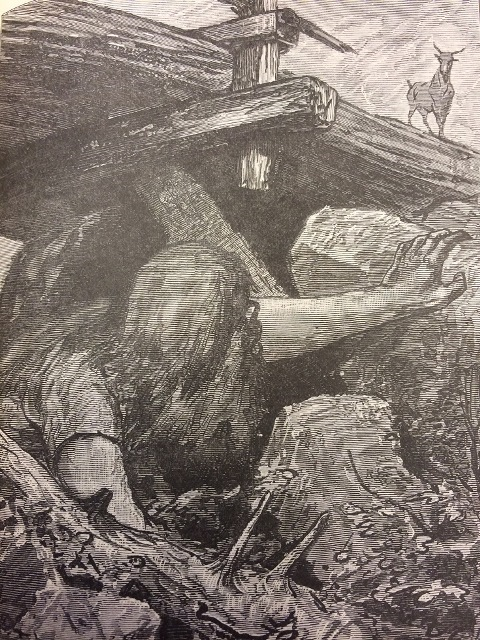 And the story itself?  The action unfolds as follows: three goats of different sizes, small, medium and large, have to cross a bridge on their way to pasture.  Under the bridge lurks a fearsome troll intent on gobbling them up.  The first two goats get over by promising bigger goats to come.  The final, largest, goat confronts the troll and sees him off in style, with the following words (in Dasent’s lively translation):

Well, come along! I’ve got two spears,
And I’ll poke your eyeballs out at your ears;
I’ve got besides two curling stones,
And I’ll crush you to bits, body and bones

So what made the story so appealing to my younger self?  In part it was the satisfaction of the goats outwitting the troll, in part it was the structure of the plot, simple, but with clever use of repetition (the presence of ‘three’ being a recognised feature of folk tales).  I remember too what fun it was to hear the story being read aloud. This is, after all, a story that was preserved for many years as part of an oral tradition.  The narrator can do a lot with the goats’ voices which are described as rising in volume according to the size of the goat. Stamping one’s feet to echo the sound of the goats tramping over the bridge and joining in with the roar of the troll, brings a mounting intensity to the story which culminates in the thrill of the troll’s resounding defeat!