The Tale of Mélusine

The ongoing exhibition in the British Library’s front hall, Animal Tales brought to mind one tale which holds particular resonance on the theme of allegory, which is so expertly dealt with in the exhibition.  This tale, however, is beyond the remit of the exhibition because it deals with mythological creatures.

The tale in question is the tale of Mélusine. It stands as a clear signpost in the transition which marks the intersection between myth and historicity. At the turn of the 14th century to the 15th century two versions of the legend of Mélusine appeared the first by Jean d’Arras (1393-1394), with another penned by Coudrette sometime in the opening years of the 15th century. This tale is about one of the most compelling female characters in medieval French fiction. It most likely draws on earlier myths dating back to Gallo-Roman and Celtic prototypes. Even the name ‘Fair Melusina’ may derive from the same ancient Gaulish root for the fair beings such as mermaids, water sprites, and forest nymphs.

The intriguing story tells or the beautiful Mélusine, the result of the marriage of the King of Scotland and his fairy wife. In her youth Mélusine entombed her father in a mountain leaving her mother heartbroken. The deed displeased her mother and as punishment Mélusine was condemned to transform into a serpent from the waist down every Saturday. 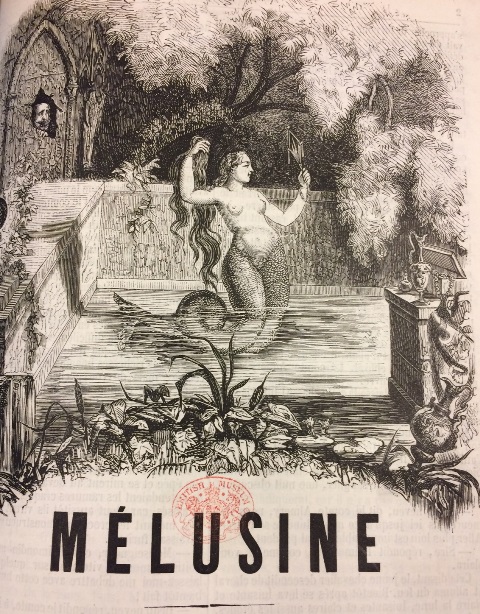 Archetypally for late medieval narrative, while out hunting in the forests (typically sites for magical encounters in fairy stories) of the Ardennes, Raymond, Lord of Forez in Poitou, a poor but noble gentleman, meets Mélusine. She was sitting beside a fountain in “glimmering white dresses, with long waving golden hair, and faces of inexpressible beauty”.  In discovering Mélusine by a watersource, this indicates a connection between her and the supernatural world. Raymond, so taken by her beauty and her amiable manners, falls totally in love with her. Mélusine agrees to marry Raymond, but on the condition he vows not to attempt to see her on Saturday when she will go into seclusion. 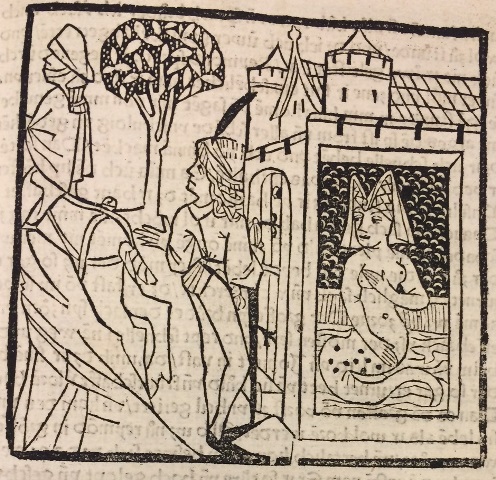 Over the following years under Mélusine’s direction the region of Poitou, situated in the westerly central France around modern day Poitiers, blossomed; forests were cleared, the land developed for agriculture and the planting of crops. She oversaw the building of cities and castles including her own seat, the Château de Lusignan. Here we see the connection between Mélusine, with her fae heritage, and the growing prosperity and fertility of the region of Poitou is indicative and the foundations of our modern construct of the benevolent fairy godmother.

During this time of plenty she bore Raymond ten sons. Some became Kings while others became tyrants. Some were marked with strange signs and deformities because of their mixed heritage. Here the elements of myth and folklore are blended with epic to align the supernatural founder of the dynasty of Lusignan with the aspirations of late feudal society. By weaving the mythology of the supernatural from the folklore tradition into the lineage the myths and the powers therein can be ascribed to a family name, adding glamour and legitimacy. 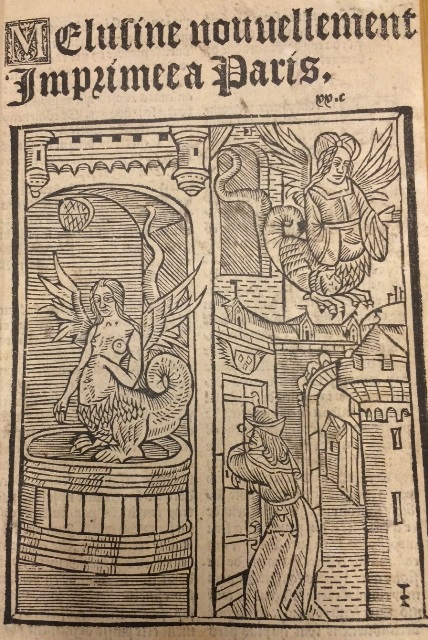 With such ambivalence about Mélusine’s background and her activities on a Saturday tensions arose, possibly suspicsions of infidelity were planted in Raymond’s mind. Ultimately he was overcome with curiosity. Spying through the keyhole at Mélusine’s bizarre metamorphosis, Raymond was astonished to see her lower part of body take on serpentine qualities. His transgression was only apparent to her when later he called her a “serpent”. This results in Mélusine transforming in to the shape of a winged dragon and flying off. The mythology of a fairy bride whose body is not to be looked on and who. when the husband transgresses, immediately vanishes is common enough in folklore across a number of cultures. 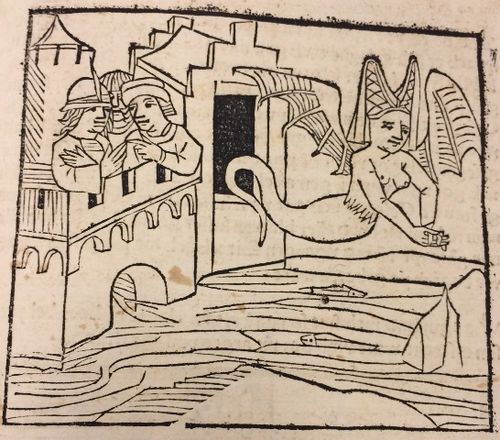 It was said that Mélusine would return periodically to keep watch over her sons, flying around the castle crying mournfully. In parts of Europe to speak of the whining of Mélusine,“often refers to the sound the wind makes swirling around the chimney breast”.

In terms of common depictions of Mélusine, the siren on the Starbucks logo has been likened and contrasted with a Mélusine. This link via a coffee shop franchise brings us back to Animal Tales, where a copy of Herman Melville’s Moby Dick is on display. The character of Starbuck in Moby Dick, of course, lent his name to the coffee shops.