The Stefan Zweig Collection of manuscripts, donated to the British Library in 1986, has been described as ‘the most important and valuable donation made to the Library in the 20th century’.  The manuscripts are not those of Zweig’s own works but a selection of the autograph manuscripts of great composers, writers and historical figures which Zweig collected throughout his life.  A catalogue of the music manuscripts was published in 1999 and these have all been digitised. Now it is the turn of the literary and historical manuscripts. A digitisation programme was begun in early 2015, and nearly all of the manuscripts can now be viewed via the Library’s Digitised Manuscripts catalogue. A printed catalogue is due for publication in 2016, and the full catalogue descriptions will also be found online. In this post,  Pardaad Chamsaz, a collaborative PhD student working on the collection, considers the challenges involved in digitising Honoré de Balzac’s proof copy of his novel Une ténébreuse affaire, with its myriad corrections and editions.

When the first marked page of the corrected proof for Balzac’s Une ténébreuse affaire (British Library Zweig MS 133) prosaically gives its title, author and status as “épreuves”, we may linger on this last word, as it signals both its stage in the writing process as well as the “test” that its reading threatens. This innocuous page sits on top of a pile of over 600 sheets, both typed and handwritten, where the typescript is aggressively handled and manipulated, so that the physical struggle for the work is eternalised on the underbelly of its published variant. 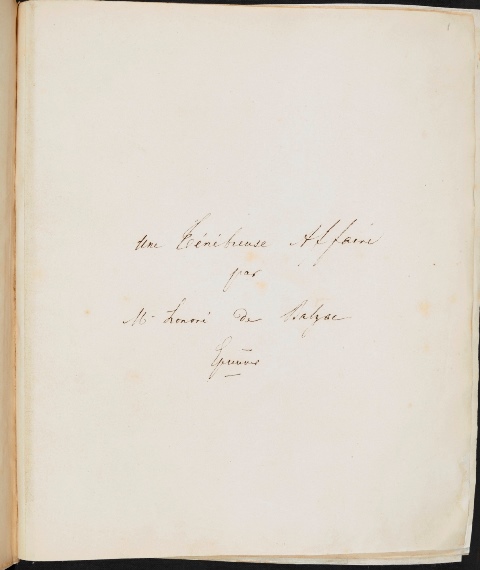 This unassuming opening faced the Imaging Studio team, as Une ténébreuse affaire was delivered for digitisation earlier this year. They were all too aware of the “test” they were about to embark on. Indeed, translations for épreuve include equivalents such as “hardship”, “ordeal”, “trial” – words not inappropriate to the task at hand. Once the conflict of logistics around when to attempt the digitisation was resolved (the difference between the “let’s leave it until the end of the project” and “let’s get it out of the way” schools of thought – both implying trepidation), the photographer entered the proof, labelled by its collector, Stefan Zweig, as a ‘Höllenlabyrinth von Korrekturen’, an infernal labyrinth of corrections. 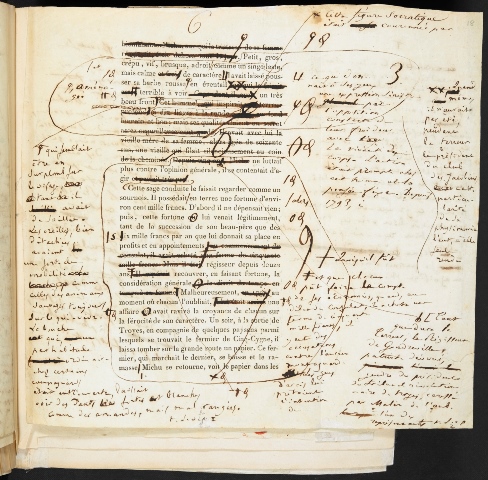 The ‘infernal labyrinth’ within: f. 18 of Une ténébreuse affaire

Zweig considered the proof as a key document in his collection that could provide immense insights into the secret of literary creation. When Zweig purchased the item in 1914, he wrote in his diary that as soon as he saw it in the famous Parisian antiquarian bookseller, Blaisot, he bought it ‘lightning-quick, rashly, greedily, in spite of feeling like I might have overpaid’. Now, the library’s Zweig MS 133 is one of the most unique and complete examples of a Balzac corrected proof outside of the Spoelberch de Lovenjoul collection in the library of the Institut de France in Paris.

This mass of workings around the detective novel’s ever more complex intrigue, contains printed pages of uneven lengths and widths overlain with thick handwritten corrections, often with an indecipherable set of symbols linking old and new text. The reader will find slips of paper glued onto some pages to indicate replacement text, as well as, from the very beginning of the “labyrinth”, around 200 inserted small leaves of manuscript additions. It was rumoured that Balzac would go through this correction process 10-15 times for each work, and Zweig was in awe of how Balzac’s physical work was so tangible in these proofs.

Just as Zweig senses the artist wrestling with their art, like Jacob with the angel, the photographer fought with our corrected proof, unfolding its pages, pinning it down (for the count), before focusing the camera (one, two…) and shooting it still… only to turn the page and for the battle to recommence. ‘Jedes Blatt ein Schlachtfeld’, every page a battlefield, in the words of Zweig. Weeks of labour, in Balzac’s rewriting, in Zweig’s reading, in our digitizing. If the corrected proof opens a door onto the workshop of the writer, where, in the stroke and the trace of the ink, we experience the fugitive presence of the hand manically at work, we should retrace our digitisation in the same way and detail the actions behind the stillness of a photo. 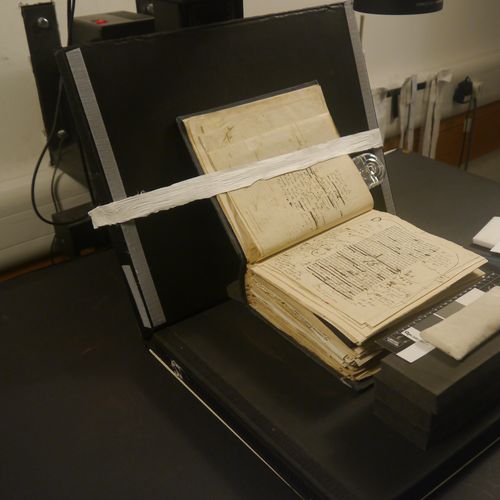 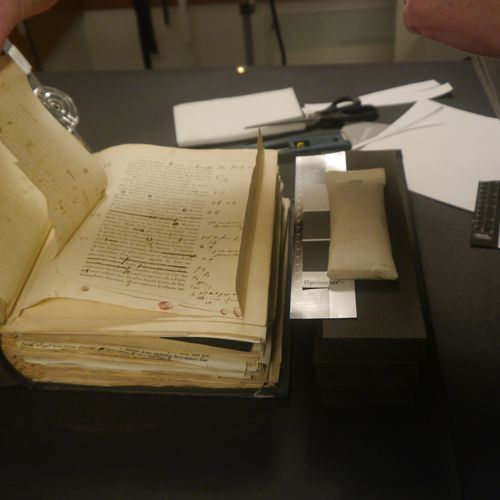 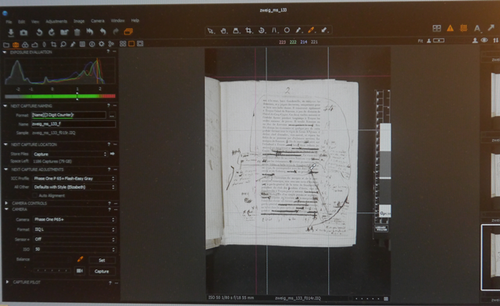 With the majority of the manuscripts in the Stefan Zweig Collection now digitised and available online, we are presented with an awkward idea: the unique material object, with which Zweig experienced the writing process, has lost its materiality through its digital cloning. No longer the actual trace, the photograph becomes, in the words of Sonja Neef, an ‘imprint of a trace’, a step away from the unique encounter. In the same way as Zweig draws attention to the “underground” compositional stages of writing, perhaps, by re-embodying the digitisation process, we can give the screen shot the texture it deserves.