Despite the chocolate and the leather boots, one feels this country to be torture: Switzerland in 1915

100 years ago, during the First World War, an extraordinary mélange of intellectuals converged in the one safe haven left in a self-destructing continent. In 1915, Switzerland – and Zürich in particular – hosted the likes of James Joyce, Tristan Tzara and Lenin, which quickly made the neutral state one of the most fertile grounds for avant-garde ideas in literature, art and politics.

Hugo Ball brought together the band of artists including Richard Huelsenbeck and Tristan Tzara that went on to collaborate under the banner of ‘Dada’ – a movement, which Annemarie Goodridge, in the catalogue of the British Library’s 2007 ‘Breaking the Rules’ exhibition, describes as acting out of the ‘desire to use new art forms to express opposition to the perceived spiritual bankruptcy of the age’ . In their minds, the war was a consequence of a ‘failing enlightenment project’ with an uncritical faith in scientific and technological “progress”’ (Stephen Foster, Dada: The Coordinates of Cultural Politics). Dada represented an attempt at a clean break from previous culture, a ‘tabula rasa’ in the words of Paul Dermée. 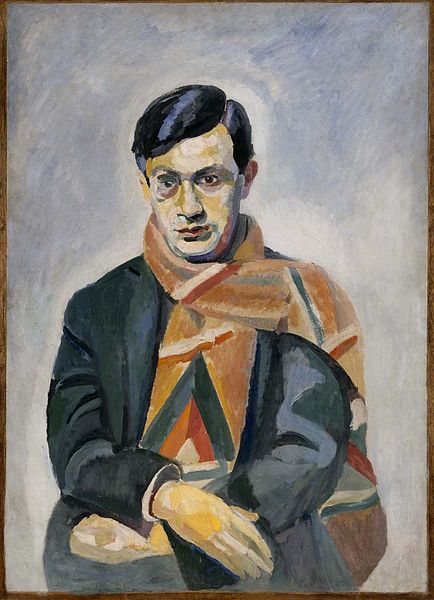 One striking example of Dada creativity is first volume of the Collection Dada series published by Tristan Tzara between 1916 and 1919 containing the play by the same author, La première aventure celeste de Mr Antipyrine, illustrated with coloured woodcuts by Marcel Janco. Characters’ names like Mr Bleubleu and Mr Cricri set the tone for what is an exploration into sound as much as anything else, with speeches developing into nonsensical noise. 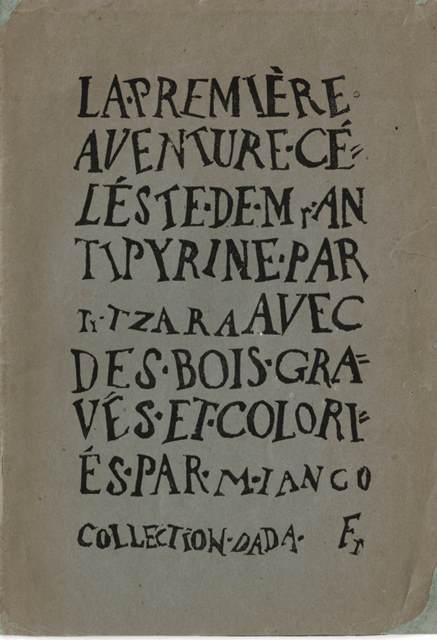 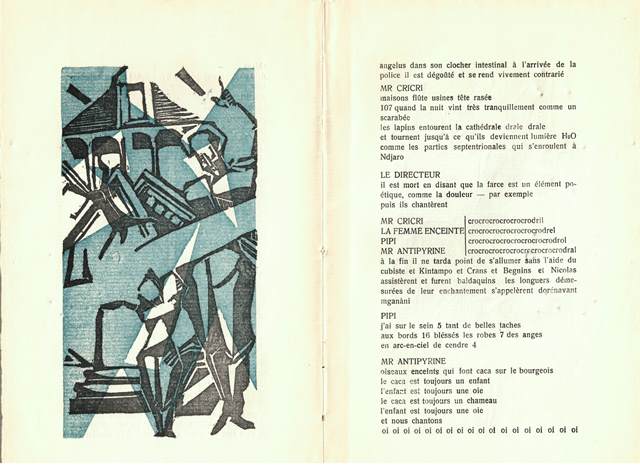 In 1916, the same year as the Dada artists exploded convention into fragments of spontaneity, absurdity and illogicality in their new home of the Cabaret Voltaire in Zürich, the Nobel Prize for Literature (the belated award for 1915) was conferred upon a writer based not far away in Geneva, Romain Rolland. The writer of the ten-volume bildungsroman Jean-Christophe (the complete manuscript of the tenth volume is part of the British Library’s Stefan Zweig Collection) and biographies of key figures in culture like Michelangelo, Beethoven and Tolstoy, a humanist and pacifist, might seem worlds apart from the tenets of Dada but this is not necessarily the case. 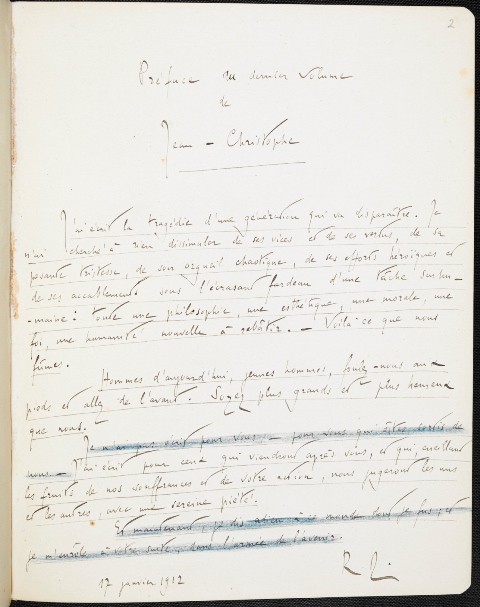 Rolland’s 1915 collection of essays Au-dessus de la mêlée, even in its title, suggests a position beyond dogmatism, ‘above the battle’, as the English rendering has it. Rolland writes in the title essay:

The spirit is the light. It is our duty to lift it above tempests, and thrust aside the clouds which threaten to obscure it; to build higher and stronger, dominating the injustice and hatred of nations, the walls of that city wherein the souls of the whole world may assemble. 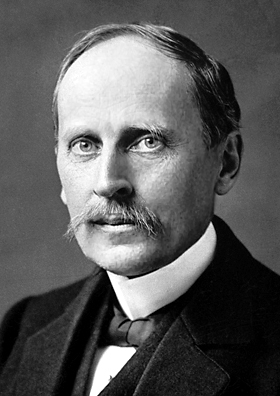 We might call Rolland’s words a manifesto against manifestos in the sense of Tzara’s famous 1918 Dada manifesto, in which he writes, ‘je suis par principe contre les manifestes, comme je suis aussi contre les principes’ , where ‘principles’  are the same fixed truths that give way to  ‘tempests’ of dogmatic belief, the same truths that Rolland cannot tolerate. Clearly, Rolland draws upon a continuous notion of  ‘spirit’, something Dada renounced, yet their divergent approaches still led both to the same geographical and anti-establishment space.

A little late to the Swiss party, Stefan Zweig, Rolland’s close friend and intellectual ally, moved to Zürich in 1917. It is testament to the tolerance of the city and its commingling cultural movements that Zweig’s serious anti-war play Jeremias could open there, no doubt a short distance from the riotous events at the Cabaret Voltaire. Zweig, initially unconvinced by Switzerland, writes in his diary that ‘despite the chocolate and the leather boots, one feels this country to be torture’. Yet, in a diary entry 20 years after his time in Zürich, he reminisces, ‘how different was it in those times in Austria and Switzerland, where I could speak my own language and encourage others’.

Indeed, Zweig’s writing was influenced permanently by the humanist spiritual  ‘brotherhood’ in Switzerland, with his later biography of Erasmus the height of his humanist line of thought. Erasmus, for Zweig, embodies ‘Überparteilickeit’, that is a certain non-partisanship, linguistically akin to Rolland’s formulation for Au-dessus de la mêlée, where both reside ‘above’ something. In a letter to René Schickele in 1934, Zweig writes, ‘I do not connect myself to any party, to no group, […] but whatever I do, I try to do silently and would rather be attacked for it than celebrated.’ Tristan Tzara’s famous 1918 manifesto also asserts that the author is against action and for continual contradiction, for affirmation. He continues ‘I am neither for nor against and I won’t explain since I hate reason (bon sens)’.The only difference might then be expressed, adapting Zweig’s words, Tzara does not connect himself to anything and everything he tried to do, he tried to do it loudly.

Above and beyond the normality and madness of world war, the contrasting figures of the avant-garde and humanism co-existed in neutral Switzerland. In June 1919, Zweig was one of the signatories of Rolland’s ‘Declaration of the Independence of the Mind’. Rolland writes that the role of these guardians of spirit is to be the fixed point in the ‘centre of the whirlwind of passions, in the night’. Switzerland was precisely that centre – a continuous and varied productive culture out of which spiralled many more movements. What was common to all these movements, to Dada and Rolland, was their shared desire to ‘not only change art but also life by means of art’ (Roy Allen, ‘Aesthetic transformations: Origins of Dada’, in Foster op. cit.).