Vodka - a panacea for all illnesses?

The lack of physicians and apothecaries throughout 16th century Poland on one hand and of medical guidebooks in the Polish language on the other  were Stefan Falimirz’s motives for undertaking the compilation of a book on herbal medicine O ziołach y o moczy gich. The herbal is a compilation of texts from Latin sources with the author’s added information on plants native to Poland.  It is the first book to use Polish botanical and medical terminology.  For this reason the book is also considered important for the development of Polish medical lexicography. Very little is known about the author. He was a friend of the publisher Florian Ungler and courtier to a Polish voivode. It is not clear whether he was a physician or botanist by training, but he obviously had a great interest in natural science. 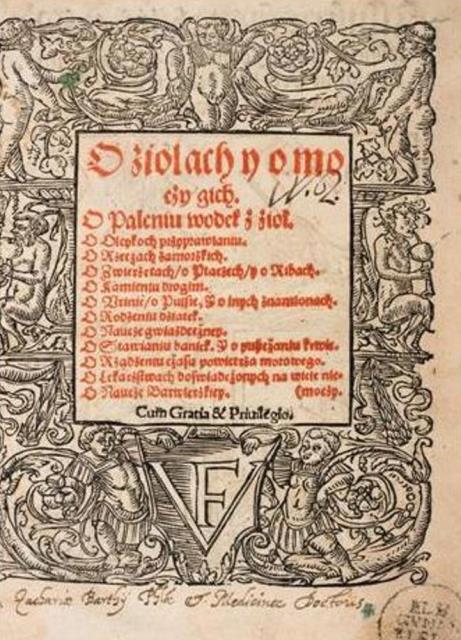 The herbal is regarded as a treatise on pharmacology, medicine and botany as well as a practical medical guide, which was meant to help save lives in the context of the inadequate healthcare provision of the time. The book consists of five chapters, of which the first one provides the title for the whole work: On herbs and their potency.  Other subjects covered include the medicinal properties of birds, animals and fishes, blood-letting, obstetrics and infants’ ailments, surgery, etc.

In the second chapter Falimirz describes some seventy brands of vodka and their health benefits.  He initially gives  instructions on the process of distilling vodka and then lists the different kinds alphabetically.  The chapter concludes with a list of illnesses cured by them.  Thus a well-supplied home apothecary was the guarantee for curing each illness. We learn that violet vodka is good for tuberculosis while the sage one is linked to curing headaches, but the honey vodka is supposed to clear the blood. On the other hand, hetmans and captains were given  wormwood-infused vodka but only when they were heading for war. The author recommends grass vodka for the sufferer from jaundice as well as for alleviating wrist pain. Disorders of the head can be cured by ten different brands of vodka such as marjoram, lavender, sage and peony. Against memory loss, fennel vodka is supposed to help. Heart disease can be treated with  lavender, borage or St. John Wort infusions. 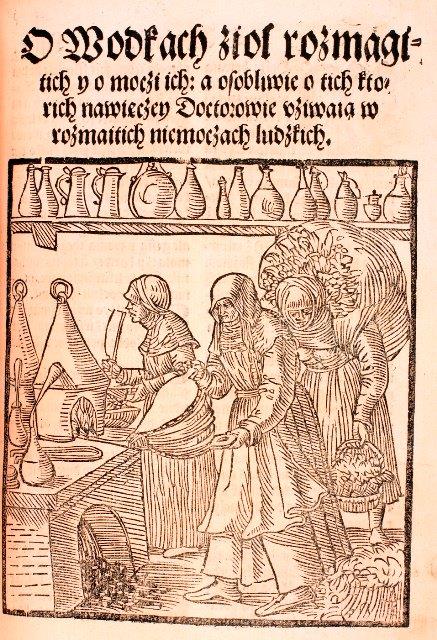 Some of Falimirz’s recommendations seem universal and timeless. He has, for example, a remedy for the citizens of a modern city exposed to noxious air either in air-conditioned offices or in the polluted streets. His advice would be a shot of oak-tree vodka. With the festive season just a few days away, Falimirz would recommend a small glass of peppermint or sage vodka to treat stomach disorders as it is reputed to aid digestion.

It is not surprising that it proved the most popular book of its time. 12 copies which are recorded in Poland are imperfect, but   the British Library copy is faultless. The herbal is lavishly illustrated and contains over 600 woodcuts. 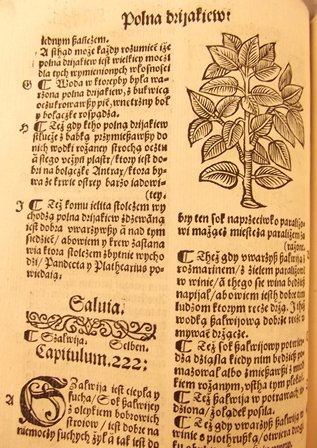 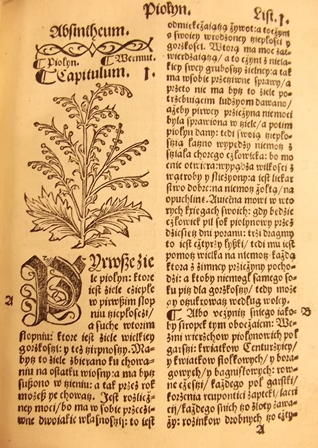