All the world over, wise people say “Nobody knows his own defects” and “What the eye doesn’t see, the heart doesn’t grieve over”. 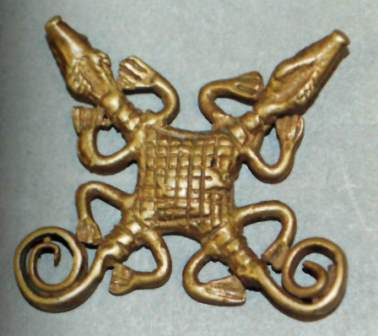 As described in the exhibition catalogue, “The gold-weight [above, from the collections of the British Museum] depicting two crocodiles with one stomach embodies the Asante proverb Funtufunefu, denkyemfunefu, won efuru bom, nso woredidi a na woreko, meaning that even though they have one stomach, they fight over food when eating.” (p. 123).

It’s from Ghana, and dated somewhere in the 18th to 20th centuries.

I’m reminded of European  misericords, carvings under the seats in the choir stalls of medieval churches. These often show motifs which can  be matched to popular tales or sayings. The examples below from the Oude Kerk in Amsterdam show a man banging his head against a brick wall and another falling between two stools.  (These two images also occur in Bruegel). 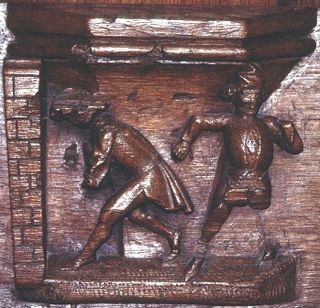 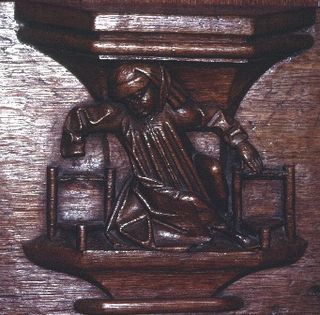 African proverbs, at least in those parts which were occupied by Britain and France, were not printed until the 19th century (see Moll’s bibliography). 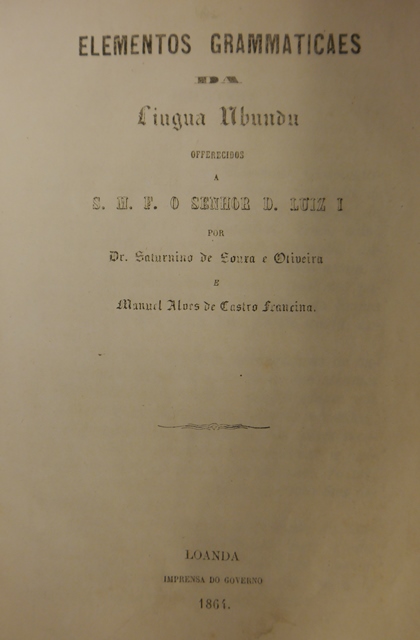 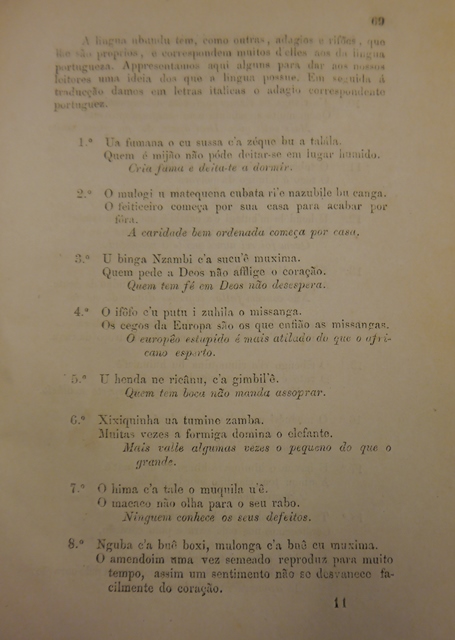 The monkey doesn’t look at his tail