As in previous years, the British Library will host 2016’s European Literature Night on 11 May. As a taster, we look at a newly-translated work by an author who featured in 2014’s event.

Diego Marani’s The Interpreter (original Italian L’interprete, Milan, 2004y YF.2004.a.24136) begins in Geneva at the United Nations where an interpreter has developed a strange malady and starts speaking gibberish while claiming he has discovered the primordial language of mankind. Before he can be sacked he disappears, then his boss develops the same illness and goes to a sanatorium in Munich for a language cure. While at the sanatorium he decides his only chance of being cured is to find the missing interpreter and find out about the mysterious illness which has taken over his life. There now begins a journey through Europe which takes him as far as the Crimea. This is no travelogue but an exploration of cultural diversity, language, identity and crime. 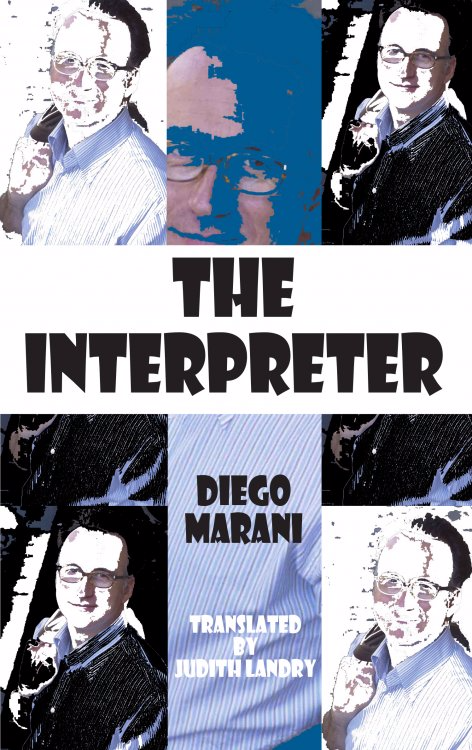 It is a very entertaining novel with a lot of humour but also dark and frightening. It shows how easily all the certainties of life can disappear and how an individual can be left defenceless to the buffetings of external forces beyond his control. The narrator in the novel loses everything but the power of the human spirit keeps him alive and he fights back. For him life is an obstacle race where the obstacles can change from day to day, and where you must adapt to survive.

As with Marani’s earlier novels, New Finnish Grammar and The Last of the Vostyachs, the importance of language and identity are at the heart of the novel:

Languages are like toothbrushes: the only one you should put in your mouth is your own. It's a question of hygiene... it's dangerous to let yourself be contaminated by the germs of another tongue.

It is your language and your culture which give you your identity and make you what you are. When times get tough it is a bulwark against chaos and adversity. Your language and culture help you belong in society and connect you to both the past and the future. Whatever journeys we undertake, we take with us our language and culture and we do not lose them however much our life changes. We can learn new languages and immerse ourselves in new cultures, but we still retain the language and culture which surrounded us in our formative years and in which we were educated. This is why exile is so painful for most adults. Indeed, people who have left their homes for work in foreign countries remain truer to the traditions that they grew up with than people who remain behind in a changing society. For the exile, a country can’t change as it exists only in his mind, frozen in aspic, and it is to this country of the mind that he wants to return. Indeed, as many returning immigrants discover, the country they left behind no longer exists and they can’t readjust to the country which has taken its place.

The themes of the novel are carefully embedded in a thriller plot and do not interfere with a cracking yarn rich in event and the unexpected. Diego Marani shows that he is at home with the detective story, so it is not a surprise that he has gone on to write detective fiction with God’s Dog. The issues raised in The Interpreter are answered, but what the narrator has learnt does not seem worth the price that he has paid and will continue to pay. 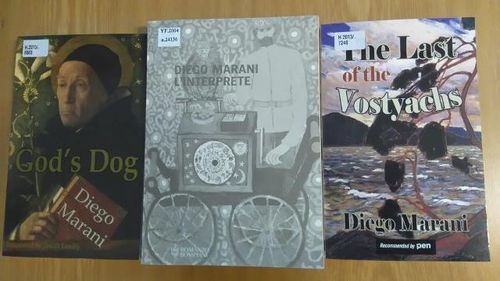 Books by Diego Marani from the British Library's collections