Definitely Not Lenin and Trotsky: Donald C. Thompson’s Photographs of 1917

The images of Lenin and Trotsky have become iconic, and it seems impossible to think of the Russian revolutions of 1917 without calling to mind what their fellow revolutionary Anatoly Lunacharsky described as ‘the colossal dome of [Lenin’s] forehead’. Yet, when they were first introduced to the English speaking world by photographer Donald C. Thompson at the end of 1917, their appearance was strikingly different… 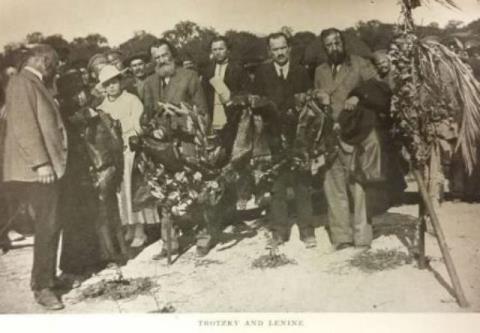 Thompson was an American freelance photographer, arriving in Russia in January 1917 on behalf of the Leslie’s Weekly magazine shortly before the first revolution in February. He remained until the end of July, capturing many interesting images of the Russians in war and revolution, many of which can be viewed on the Alexander Palace website. Another of Thompson’s photographs, here reprinted in Catherine Radziwill’s The Firebrand of Bolshevism (Boston, 1919) 9454.bb.36.

Despite looking little like Lenin and Trotsky, these two mysterious figures crop up a number of times throughout his work, ending up in large-circulation journals like the Illustrated London News and books like Catherine Radziwill’s The Firebrand of Bolshevism (Boston, 1919; 9454.bb.36.), most often alongside the argument that the two revolutionary leaders were either working for Germany or were even secretly Germans themselves. They are among the earliest representations of the Bolshevik leaders in broad circulation. 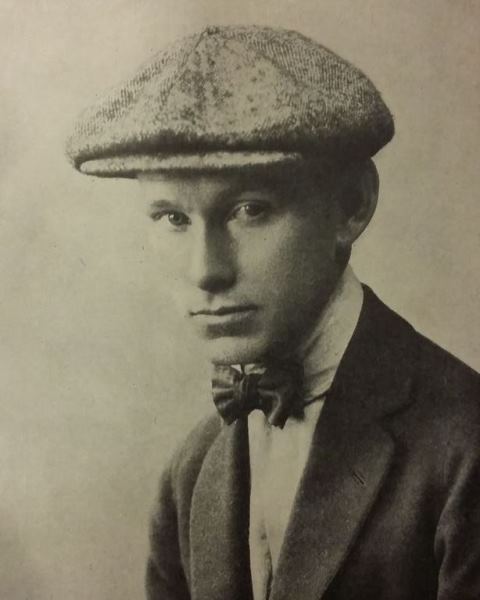 In December 1917, the same month that his photographs began to be printed in the English-speaking press, Thompson released his film The German Curse in Russia in New York, purporting to show Lenin and Trotsky’s ‘vile German intrigue working in the unthinking masses’ (See the blog post by Ron van Dopperen at ‘First World War on Film’). Unfortunately, it is one of the ‘lost’ films of the First World War. 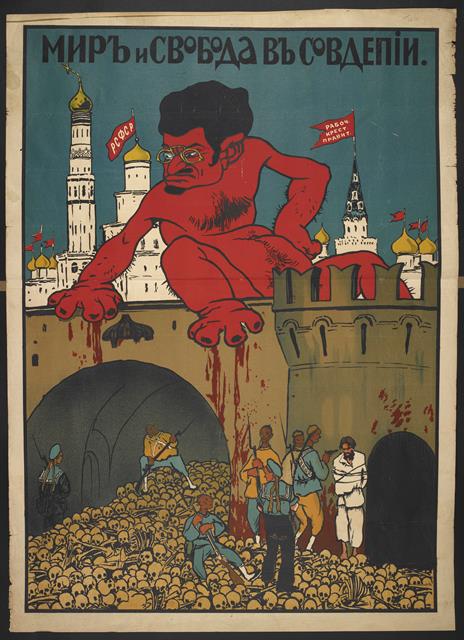 So why were these images circulated as ‘Lenine and Trotzky’? Thompson claims to have taken them on 15 July 1917 (just before the beginning of the July Days) at the mansion of the famous dancer Mathilde Kschessinska, then in the possession of the Russian Social Democrats. As he wrote:

I went out to Lenine’s place and tried to see him and make a picture of him. I saw him after a wait of two hours and asked him to pose for a picture. When Boris told him I was from America, he told Boris to tell me he would have nothing to do with me and that we had better leave Petrograd. I told Boris to tell him that I was not going to leave Petrograd and that I would stay as long as I wished.
I have made photographs of Lenine and a man named Trotzky who has come from New York. Trotzky I find a very mysterious man. He does not commit himself. (Thompson in Russia, p. 284.) 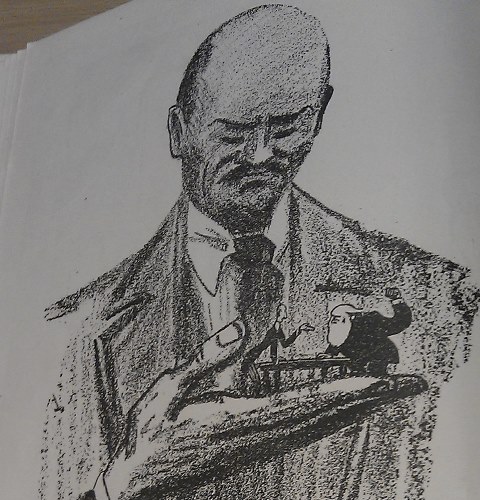 Was Thompson deceived by his translator Boris into thinking he had met the Bolshevik leader? Were Lenin and Trotsky using body doubles, ‘political decoys’ as fellow Bolshevik Joseph Stalin would later allegedly do? Or, we might be tempted to ask whether there were any financial incentives in spuriously claiming to have photos of Lenin and Trotsky for immediate use by newspapers after the October revolution. So, we may know who the figures in these photographs are not, but figuring out who they are is a more difficult question. Despite their distinctive style of dress, facial characteristics and their seemingly high level of importance, the true identity of these supposed revolutionaries has eluded me, so if anybody has any information or can speculate as to who they could be it would be interesting to hear your comments.