European attitudes to the East have ranged from maurophobia and sinophobia to maurophilia and sinophilia, as we know from Edward Said’s superstellar work Orientalism and Robert Irwin’s lesser-known reply.

But where is the East? What we used to call the Near East is now called the Middle East. (The Far East seems to have stayed more or less where it was.) The Washington Institute for Near East Policy, founded 30 years ago, is dedicated to “Improving the Quality of U.S. Middle East Policy”.

It is generally accepted that the literature of short fiction such as fables and novelle owes as much to eastern sources as classical. The Spanish are naturally proud of Petrus Alfonsi (Chaucer calls him Piers Alfonce, which makes him sound like a British public schoolboy), born Moses Sefardi in Aragon and converted from Judaism to Christianity in 1106. His Disciplina clericalis is a Latin translation “partly from the sayings of the philosophers and their counsels, partly from Arabic sayings and counsels and fables and verses, partly from bird and animal similitudes”. He is one reason why the Spaniards see themselves as the link between Christianity and Islam, in Menéndez Pidal’s memorable phrase. 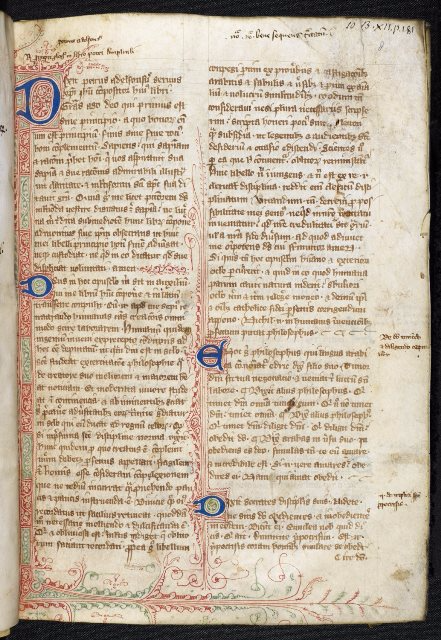 The opening of the Disciplina clericalis from a late 13th/early 14th cent. English manuscript. (British Library Royal 10 B XII)

Other texts such as the Tales of Bidpai (alias Pilpay, etc.) travelled westward from Sanskrit to Arabic to Spanish and Latin.

The Spanish version, Calila e Dimna, c. 1250, is broadly contemporary with the Latin Directorium vitae humanae of John of Capua. Said John of Capua in his prologue writes: 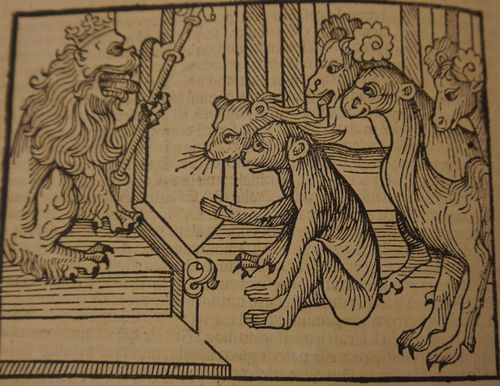 In another wisdom tale, the clever servant girl Doncella Teodor (Maiden Theodora), in order to save her master’s life, is cross-examined by a committee of scholars on what the Middle Ages called “natural questions”:

Question: What was the first ship that went on the sea?
Answer: Noah’s Ark.

Q: Who is the man of most perfect goodness?
A: He who masters his wrath and and defeats his will.

Q: What is the cause which puts in debt the man who owes nothing?
A: He who uncovers his secret to another man or woman.

Q: Who was it who lived in this world in two bellies?
A: The prophet Jonah, who was in his mother’s womb and in the whale’s belly three days and three nights.

The Dialogue of Doncella Teodor was translated from Arabic (where she is Tawaddud) into Spanish and indeed into Mayan.

The advance of wisdom from east to west continues in the 18th century: as if Tawaddud were not eastern enough, Schiller makes her into a Chinese girl, by the name of Turandot.