The title of my blog is taken from ‘An Appreciation’ for an extraordinary Englishman, published for his funeral in the winter of 1916. Captain Harold Bolingbroke Mudie, born in January 1880, was accidentally killed in France “while on active service” on January 6, 1916. 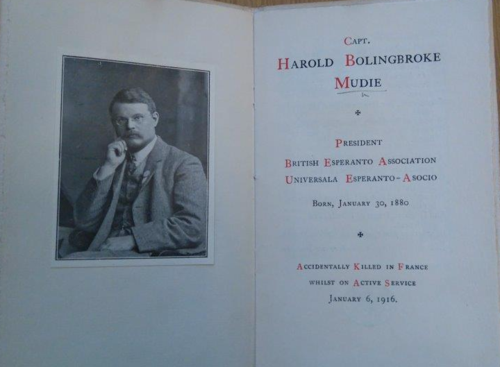 The carefully-prepared Appreciation is published in two languages, English and Esperanto, which reflects how important they both were in Mudie’s life. English was his mother tongue in which he received a good education; he used it working as a successful financier. At the age of 22 he discovered another language, Esperanto, and fell in love with it. Soon he became an ardent advocate for the promotion of Esperanto worldwide. In November 1903 he founded the gazette The Esperantist with a financial guarantee from William Thomas Stead. Fourteen issues were published; all of them are now available in Project Gutenberg. W.T. Stead’s editorial, which opens the first issue in 1903, is worth reading. The spirit of the pioneering period of the Esperanto movement, full of hope and belief that the solution for the multilingual diversity of humankind was finally found, is alive there. 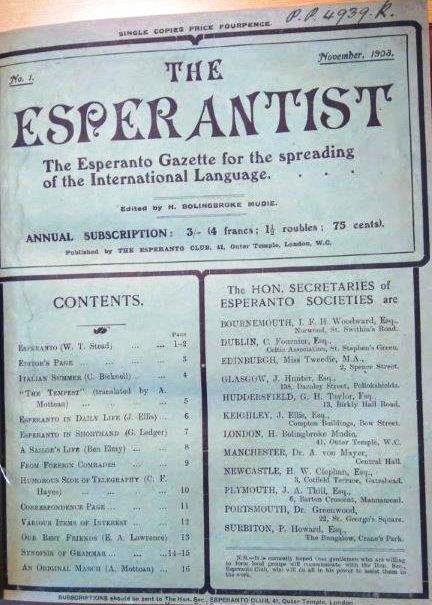 In January 1906 The Esperantist united with The British Esperantist, published by the Esperanto Association of Britain. Mudie joined its editorial committee, and took part in the first Esperanto congress in 1905. 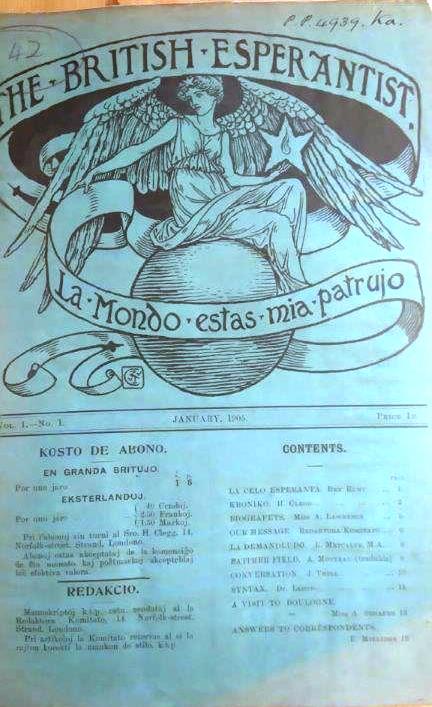 Then in 1907 Mudie himself became one of three legendary Esperantists (together with John Pollen and George Cunningham) who organized the very memorable Third World Esperanto congress in Cambridge. La Kongresa Libro (012902.eee.22) is one of the most interesting in the history of the Esperanto movement. It includes not only a lovely description of Cambridge and its wonderful colleges, and a translation of ‘God save the Queen’ but gives also menus and advertisements, including ones for whisky and cigarettes called ‘Esperanto’! 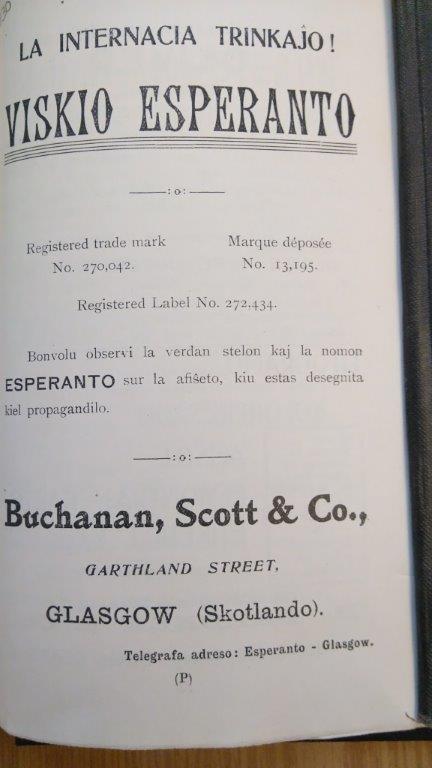 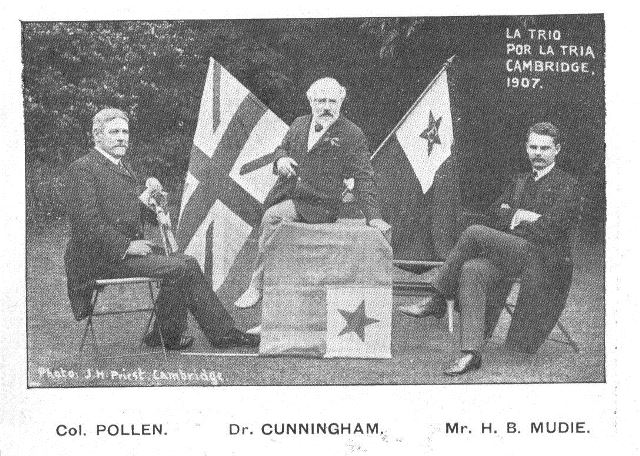 In 1903 Mudie was among the founders of the London Esperanto Club. In 1908 he became the first president of the newly-founded World Esperanto Association. A good linguist and an excellent orator, he was also a member of the Lingva Komitato, the precursor of the current Akademio de Esperanto. Alongside these numerous activities he found time to translate from Latin. The British Library holds his translation of Swedenborg, La dogmaro pri la vivo por la Nova Jerusalemo (London, 1908; 3716.de.19), published by the Swedenborg Society.

Even during his holidays he used Esperanto a lot. A very interesting report in two languages is published in The Esperantist vol. 2, nr 6 for 1905 entitled Mia libertempo:

But, for my present readers, it is not well that I should describe this city, but better that I should hasten to beautiful Malta, the fruitful island whose past history has been so bloody and full of interest. Even ere the ship had come to a standstill in the harbour I recognised our energetic comrades, Dr. Busuttil and Messrs. Agius and Dominic Chiantar. These three devoted friends kindly drove me over the beautiful surroundings, and took me into the luxurious hall of the Knights of St. John of olden time, and into various churches. Will they kindly accept my renewed thanks! And ever the same language, intelligible without difficulty! But it was not in Malta that I terminated my Esperantic wanderings, for, after a broiling visit to the interesting Syracuse, I found in Palermo the genial Dr. Nalli, Secretary of the Sicilian Society. He kindly devoted a whole day to me, and proved that he who has not visited Palermo has missed a city of many charms. There also I enjoyed an excellent lunch à la Palermo, while my fellow tourists lost more than two hours waiting in vain at a French hotel.

“As A Leader – noble and large-hearted – he commanded the respect of all his colleagues, who will greatly miss his capacity and calm judgement” (from ‘Appreciation’). Harold Bolingbroke Mudie is buried in the cemetery of Forges-les-Eaux . To commemorate the 100th anniversary of his death, French and British Esperantists are gathering today at his grave in this small town in Normandy. This blog is my poppy laid on his tomb. 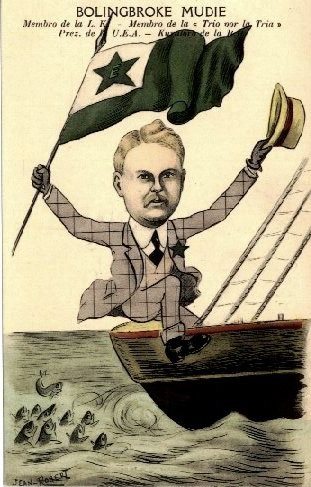