In the poem Razzia (‘Manhunt’) the narrator is awake at night. He listens to the sounds around him, thinking about his family lying asleep in the house. Suddenly he hears a lorry driving down the street and coming to a halt.  Listening intently, his heart racing, he tries to gauge where the lorry has stopped. Then, the lorry moves on and they are safe- for now.  We do not get to know the fate of a neighbouring family who may not have been so lucky. The British Library’s copy of this poem is one of only 25 made, clandestinely printed by Fokke Timmermans and donated to the Library in 1969 by Mr. Timmermans himself. 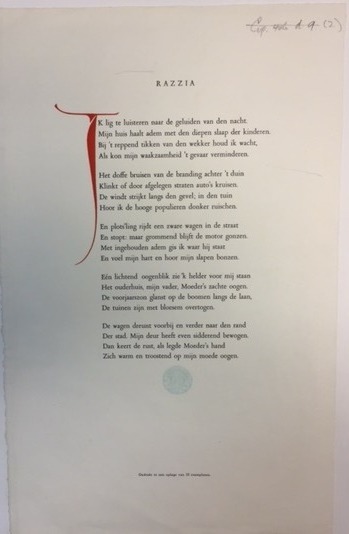 Manhunts happened up and down occupied countries, as a way to arrest and deport Jewish citizens.

When, on 22 and 23 of February 1941 the German Ordnungspolizei  sealed off part of the Jewish quarter in Amsterdam and rounded up 425 Jewish men, aged between 20 and 35, in the first major manhunt on Dutch occupied territory during the war, the people of Amsterdam sprang into action. 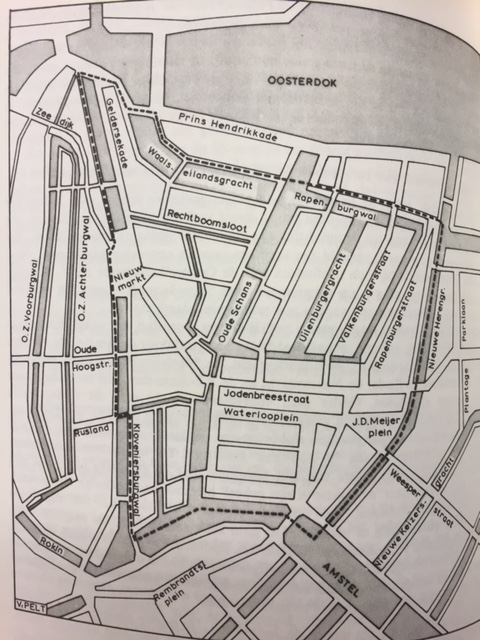 Plan, showing the sealed off area in the Jewish quarter in Amsterdam, with the Jonas Daniël Meijerplein.  Reproduced in:  B. A. Sijes, De Februaristaking. (Amsterdam, 1978) X:702/3672 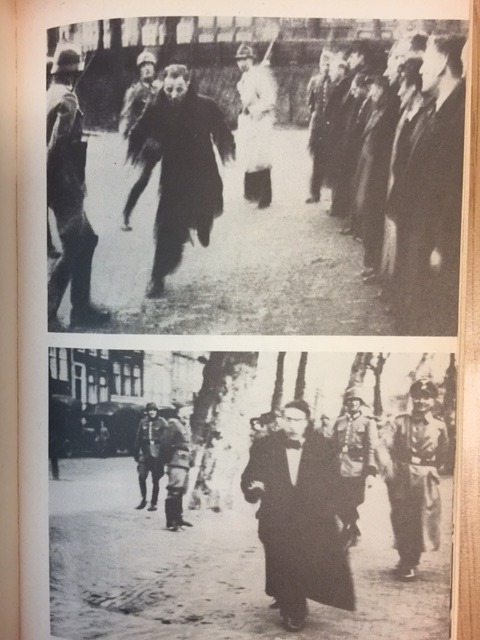 Jewish men held by Ordnungspolizei on the Jonas Daniel Meijerplein. Photos taken by a German onlooker, of which the developer made extra copies. Reproduced in Gerard Maas, Kroniek van de Februari-staking 1941. (Amsterdam, 1961) 9105.ee.47.

On Monday 24 February members of the clandestine Communist Party Netherlands held a public meeting at the Jonas Daniël Meijer Plein. This was where the Jewish men had been brought together to be transported to the camps Buchenwald and Mauthausen, via the oldest transit camp on Dutch soil, Schoorl. Most did not return.

The Communists called all workers in Amsterdam to a general strike, to begin on the following day, 25 February. 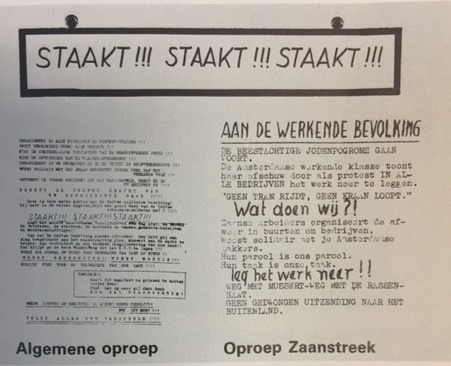 Tram drivers from the municipal transport company were the first to answer this call, so when no trams were running Amsterdam citizens knew the strike was on. Workers from the dockyards soon followed.

Civil servants were not allowed to strike, but at least 4,400 employees of the Amsterdam city council defied this rule.  Surrounding cities as far as Utrecht joined in.

Once the Germans had recovered from their surprise they declared that anyone who would continue to strike would face the death penalty. Still, the following day the strike went on. The Ordnungspolizei mercilessly struck down the strike. Nine people were shot dead, more than 40 were wounded and 200 people, some strikers, some not, were arrested and many mistreated whilst under arrest. By 27 February the strike was over.

Both individuals and institutions were severely punished for their actions. Amsterdam civil servants suffered a pay-cut and city councils were fined between 500,000 and 2,500,000 guilders.  Some paid the ultimate price, in particular the men commemorated in the most famous resistance poem of the war, De Achttien Dooden (‘The Eighteen Dead’), by Jan Campert, journalist and poet. These were the leaders and members of the resistance and the Communist Party who had called for the strike. They were arrested and executed by firing squad on 13 March 1941. 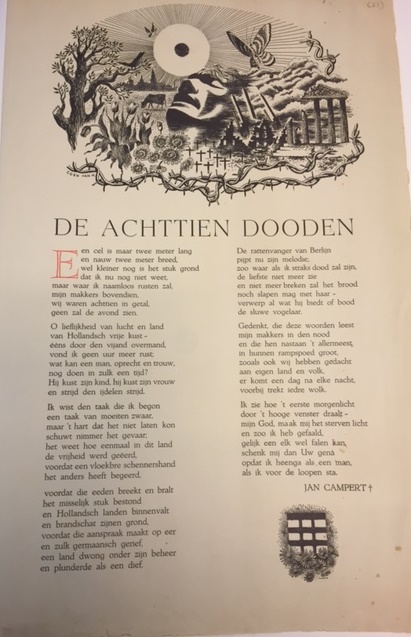 The February strike was the first, and some say only, open mass protest by non-Jewish people in Europe against the deportation of the Jews.

In 1946 the first memorial for the victims of the February strike took place at the Jonas Daniël Meijer Plein, as it is still done.  In 1952 Queen Wilhelmina unveiled the memorial ‘The Dock worker’ by Mari Andriessen and tonight people will gather there for the 75th anniversary of the February strike. This will be broadcast live by the NPO. Lest we forget. 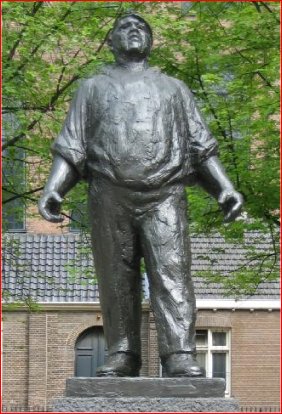 The Dock Worker (image from http://www.dedokwerker.nl/februaristaking.html)

On the occasion of the 75th anniversary of the February strike the National Institute for War-Holocaust and Genocide Studies ( NIOD ) is running a special website on the event: http://www.niod.knaw.nl/nl/nieuws/februaristaking-de-collecties-van-het-niod

The Amsterdam City Archives is calling for the general public to send in photographs of family members and friends who took part in the strike, to put faces to numbers: https://www.amsterdam.nl/stadsarchief/english/

The memorial De Dokwerker has its own website with a treasure trove of information (in Dutch only): http://www.dedokwerker.nl/februaristaking.html