Why can’t a tree be called Pluplusch?

On 5 February 1916 at the Holländische Meierei restaurant on Spiegelgasse 1, Zürich, the Cabaret Voltaire was launched. The Cabaret was the brainchild of Hugo Ball (1886-1927) in collaboration with a small group of artists and writers disillusioned with conventional politics and an equally conventional aesthetic response. 100 years since the inauguration of the Cabaret Voltaire, it is worth sparing a thought for this radical intervention that resonates still today. Dada m’dada, dada m’dada dada mhm, dada dera dada. 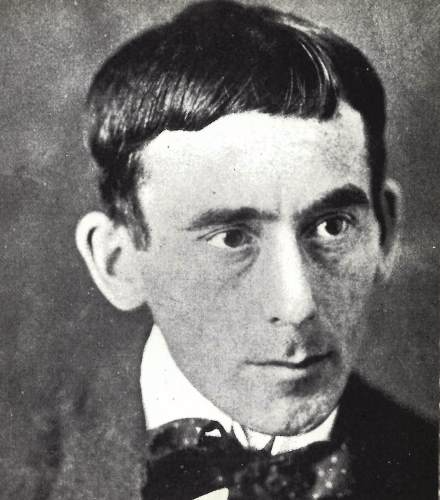 Immediately unsuccessful and threatened with closure, the Cabaret Voltaire housed performances of progressively more outrageous, absurd and irrational pieces of poetry (of the “sound” and “parallel” varieties most famously), song, drama and manifesto. Their provoking output piqued the curiosity as well as the anger of the Zürich public. 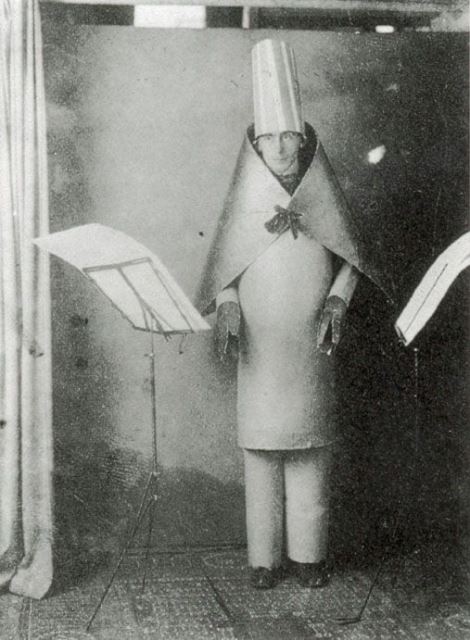 Irrationality was precisely the point, as Richard Huelsenbeck explains in his interview with Basil Richardson entitled ‘Inventing Dada’. Huelsenbeck, a German expressionist writer who helped establish the Cabaret in 1916, gives an account of the invention of Dada out of the foundations of the Cabaret Voltaire. He describes the humble beginnings borne out of life experience and not any concerted artistic movement as such. Ball and his companion Emmy Hennings worked factory jobs before deciding they must do something. This “something”, Huelsenbeck continues, was uncertain and undefined, or undefinable– what were they fighting for or against? He and the others soon realised that it was precisely this uncertainty that could define the motivations of their activity – irrationality was its essence. 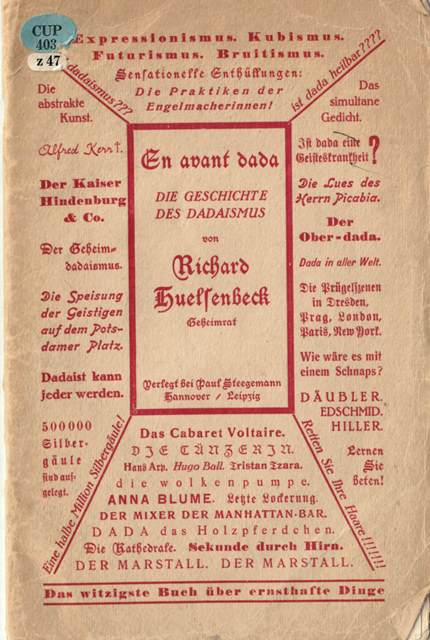 Out of this sense of novelty and unconventionality came Ball’s sound poems, first performed in June at the Cabaret Voltaire. One famous example is ‘Gadji beri bimba’ (1916), a recording of which, among other sound poems, is to be found on the audio collection Dada for Now. The first verse reads:

Ball tried to free himself from everyday language and invent new sound patterns, ultimately attempting to display a new level of artistic invention and creativity. (The Talking Heads song ‘I Zimbra’ from the album Fear of Music sets ‘Gadji beri bimba’ to music, giving it an African-inspired beat.) One month later, on 14 July 1916, at a Dada Soirée, Ball presented the first Dada manifesto, explaining his impulse to break from all rational notions of “the word”:

Each thing has its word, but the word has become a thing by itself. Why shouldn't I find it? Why can’t a tree be called Pluplusch, and Pluplubasch when it has been raining? The word, the word, the word outside your domain, your stuffiness, this laughable impotence, your stupendous smugness, outside all the parrotry of your self-evident limitedness. The word, gentlemen, is a public concern of the first importance.

Ball soon separated himself from the ambitions of the Dadaists and, consequently, the group’s second driving force, Tristan Tzara, declared a “Dada Movement”, exactly the kind of fixity and purpose Ball and Huelsenbeck wanted to avoid. However, the last word should go to the founder of the Cabaret Voltaire, the Hugo Ball of 100 years ago, 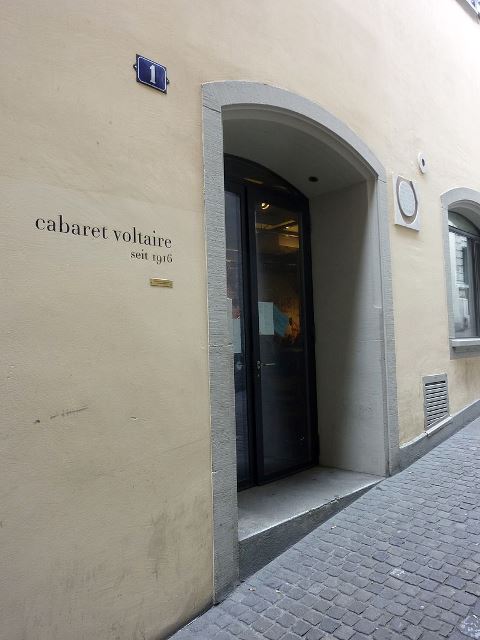