Champion of the smallest Slavonic nation: Jan Arnošt Smoler and the Sorbs of Lusatia

‘What’s in a name?’ asked Shakespeare’s Juliet. A lot, when the choice of name implies a political or ideological statement; at the time of the Czech National Revival, young patriots whose parents had had them christened plain František or Karel added more resonantly Slavonic names such as Ladislav or Jaromír to proclaim their solidarity with the nation’s glorious past and with Slavs of other countries.

However, members of a much smaller nation surrounded by alien territory faced particular problems; to adopt an outlandishly Slavonic name would cause all kinds of trouble with the authorities and neighbours who did not share their enthusiasm or even the ability to pronounce such words. In the case of the Sorbs of Lusatia, living in an area of Germany around Bautzen, the solution which they generally adopted was to use their given names but in a distinctively Sorbian form – and so Johann Ernst Schmaler grew up to become Jan Arnošt Smoler. 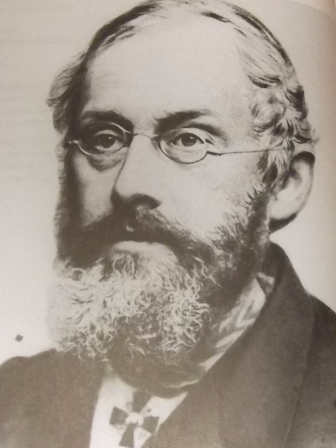 He was born in 1816 in Merzdorf, a village in Boxberg, Saxony, as the son of a village schoolmaster, Jan Korla Smoler, and was educated at the Bautzen Gymnasium with the aim of entering the Church. The family later moved to Łaz (Lohsa) in Prussia, where in 1835 a new pastor was appointed and stayed there for the remaining 38 years of his life. This was the poet Handrij Zejler, the leading figure in the Sorbian Romantic movement and one of the great figures of Sorbian literary history. A former pupil of the Gymnasium, he visited the schoolmaster and his 19-year-old son, who for the previous three years had been firing his fellow students with enthusiasm for the Sorbian language and the concept of Sorbian nationhood. 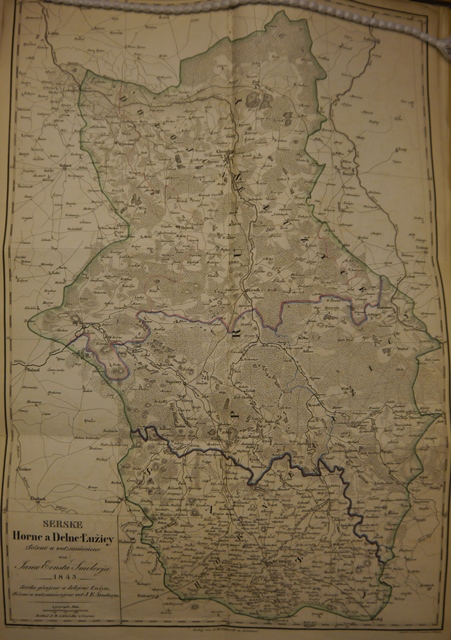 The following year the young Smoler went to study at the University of Breslau, and while still a student published collections of folk-songs, Pjesnički hornych a delnych Łužiskich Serbow = Volkslieder der Wenden in der Ober- und Niederlausitz, a Sorbian phrasebook entitled Mały Serb (‘The little Sorb’), and a German-Upper Sorbian dictionary. Like other Slavonic collectors of folk material such as Karel Jaromír Erben and Božena Nemcová, he gathered a huge fund of songs and stories, such as the charming ‘Wolf’s Ill-Fated Attempt at Fishing’, in which the greedy but dim-witted wolf is tricked by the wily fox into dangling his tail into a pond as bait and ends up losing it when he is trapped as the water freezes. 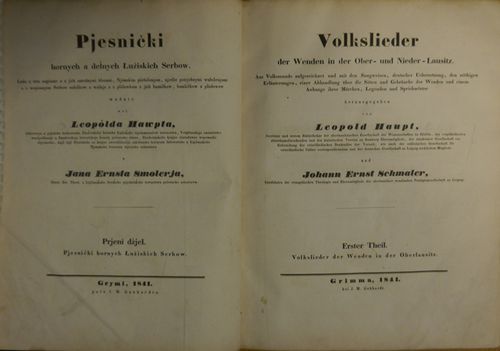 Unlike Zejler, who became a close friend despite a 12-year difference in age, he was not notable for his literary activities, but made a considerable contribution to the development of the Upper Sorbian literary language and to the Sorbian-language periodicals Jutrnička (‘Morning Star’; P.P.4881.b.) and Tydźenska Nowina (‘Weekly News’). He became editor of the latter in 1849, a post which he retained until his death in 1884.

At Easter 1845 Smoler called a meeting at the Winica (Vineyard), an inn near Bautzen, to discuss the foundation of a Sorbian scientific and cultural body similar to those established in other Slavonic countries on the model of the Matica Srpska, set up in Serbia in 1826. He had already drawn up a provisional constitution, but as it needed the approval of the German authorities the association did not begin its official existence until 7 April 1847. In the next seven years its membership grew from 64 to 220 so that separate sections had to be organized for various branches of Sorbian studies, including literature, national history, pedagogics, demography, music and economics. 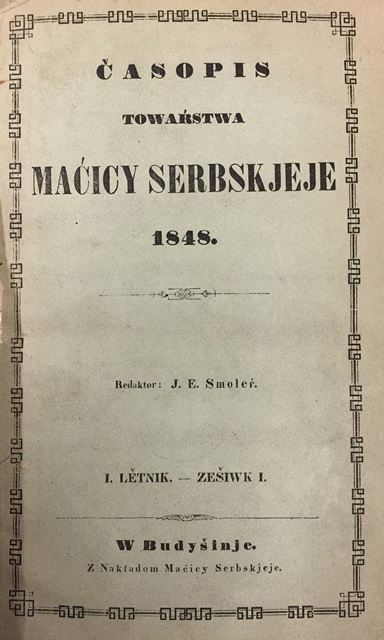 Its main activity, however, was the publication of Sorbian literature and its own journal, the Časopis Maćicy Serbskeje, which appeared regularly from 1848 onwards. By 1923 its membership numbered 413, including foreigners as well as Sorbs – mainly Slavs, though with one British exception, William Morfill, Oxford’s first professor of Russian and other Slavonic languages. In 1873 the enterprising Smoler purchased, on his own initiative, a site in Bautzen for a ‘Serbski Dom’ (Sorbian House), as the Maćica Serbska’s headquarters, which finally opened its doors on 26 September 1904.

Although Smoler did not live to see this day, having died 20 years earlier, he had the satisfaction of knowing that he had strengthened the position of the Sorbian language and helped to preserve its culture at a time when, with the unification of Germany in 1871, the Sorbian minority in Prussia was subject to the increasing threat of Germanization. He achieved this through his tireless work to raise awareness of the Sorbian heritage and ensure, by acquiring his own publishing house and bookselling business in 1850, that the printing and publishing of Sorbian material rested in Sorbian rather than German hands. 200 years after his birth, he would be gratified to witness the activities of the Ludowe nakładnistwo Domowina (Domowina People’s Press), founded in 1947, in continuing his work and promoting knowledge and understanding of the Sorbs and their language and culture.