Among the many accounts written by foreigners who witnessed Serbia’s stoic retreat in 1915 were quite a number by women. Most of them were there in some medical capacity, including Cora Josephine “Jo” Gordon, who arrived in Serbia as an assistant to a Red Cross unit, along with her husband. In their “day jobs”, they were actually artists. Jo Gordon seems to have been tomboyish and highly resourceful. She learned Serbian quickly, outwitted exploitative inn owners during their hard journey to the coast, visited the frontline, and washed her adventures down with large shots of Rakiya.

Flora Sandes followed a course that was more unusual again. Having first served as a nurse, she joined the Serbian Army for her own safety during the retreat, and became the only British woman officially enlisted as a soldier in the First World War. (There were also Russian, Serbian and [Austro-Hungarian] Ukrainian women who served on different sides of the conflict). Flora’s own book is An English woman-sergeant in the Serbian Army, written in 1916 to rally support for the small country. 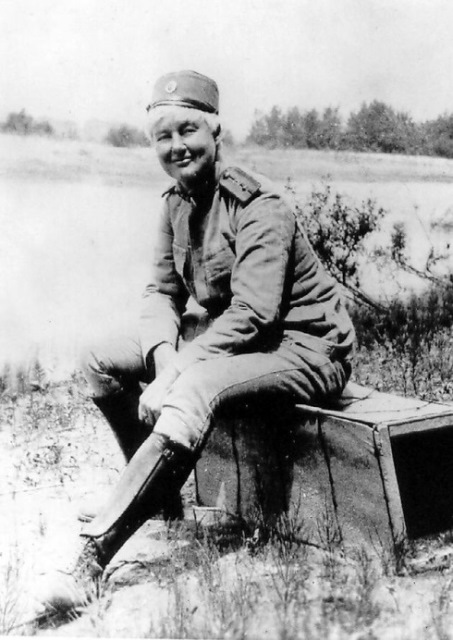 When the retreat across the mountains began, Flora was as fussy as anyone from her well-heeled background, and must have been quite alarming. In her memoir, she recounts that she threw the furniture out of a scruffy hotel room and set about scrubbing the floor before erecting her own camp-bed. Later, she would distance herself from the male soldiers when they camped in the open air, relenting finally when she realised that her doing so constituted a security risk, as an ambush party might spot her. 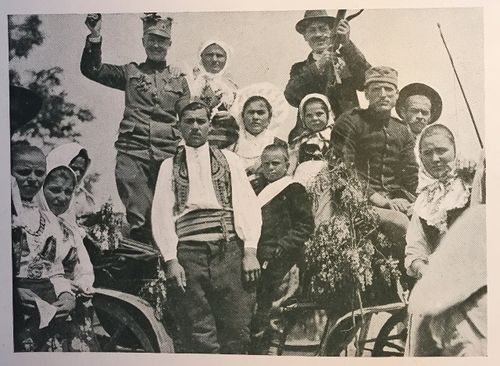 Following an injury incurred in combat in 1916, Sandes returned to medical work, but was not officially demobilised until 1922. She went on to marry a Russian émigré, Yuri Yudenitch, and the pair lived in France and then in Belgrade – where many White Russian exiles found sanctuary after the Revolution – until the Second World War. In German-occupied Belgrade, her husband died of a heart condition, and Flora spent almost three years living in poverty. After the liberation of the city, she returned to the UK, still a forceful character who chain-smoked and ploughed her own furrow. 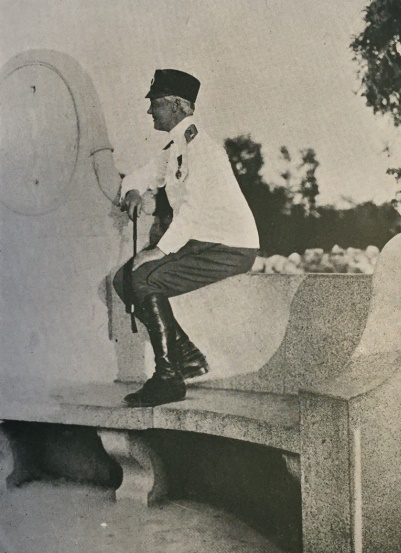 Flora Sandes as a Lieutenant of the Serbian Army in Belgrade. Frontispiece from The Autobiography of a Woman Soldier

She spent her final years living near her family in Rhodesia and Surrey, and died in 1956 at the age of 82 after making a final visit to Serbia for a reunion of her old comrades of 1915. In addition to her two autobiographies (one now translated into Serbian), she is the subject of two full biographies and a Radio 4 documentary from 1971, which can be found and listened to among the Library’s sound recordings.

In commemoration of the war’s centenary, Serbia Post and the British Embassy in Belgrade have recently issued a set of six  stamps featuring British women who worked in Serbia between 1914 and 1918. A set has been donated to the Library, as Milan Grba explained in a recent blog post. Flora Sandes (right) is among the women honoured, a redoubtable pioneer of equality alongside those whose medical and humanitarian work did so much to gain recognition for women in fields once reserved for men.

Jan and Cora Gordon, The Luck of Thirteen: wanderings and flight through Montenegro and Serbia (London, 1916) 9083.ff.3

Posted by Olga Kerziouk at 9:51 AM