Since the early 20th century, Ukrainian literature has been composed in countries all over the globe. Waves of emigration by Ukrainian writers began after October 1917 and the subsequent war with Russia, and continued after the Second World War and during the Brezhnev era. Those waves were created by a threat to life and freedom.

Nowadays, writers do not generally have to flee for their lives and tend to leave Ukraine in search of betterment or fulfilment – as do many characters in their books. Ukraine-based writers, still living in the homeland of millions of labour migrants, are also increasingly turning to the subject of migration. During Soviet times, freethinking books in Ukrainian were published in the West and smuggled back into Ukraine. Today it’s a different story, and expat readers have to obtain Ukrainian books from Ukraine (there is no significant e-book system although plenty of pirated books online). Thanks to travel and social media, modern expat writers are in direct contact with their readership. Their books, whether written in London or Lviv, are published by mainstream Ukrainian publishing houses and sold through Ukrainian book stores to Ukrainian readers. Expat writers are no longer isolated from mainstream literature but are part of the same discourse.

The BBC Ukrainian Book of the Year awards recognise the best new work of fiction in Ukrainian with a prize of £1,000 awarded to the author. Since the Cultural Programme of the EBRD  became a partner in 2012, the award has been extended to include the Ukrainian Children’s Book of the Year.

Most prominent modern expat writers have featured in the longlists and shortlists for the award over the years, and three have come away with the top prize: Volodymyr Dibrova (Harvard), Yaroslav Melnyk  (Vilnius) and Vasyl Makhno (New York). All three were already recognised names in Ukraine – as a prose and drama writer, literary critic and poet respectively – before emigrating. Dibrova and Makhno, both university teachers, moved for work, and Melnyk for love.

Vasyl Makhno won the 2015 award with his first collection of short stories, Dim u Beiting Hollov (A House In Baiting Hollow). The book, which revolves around the town of Chortkiv in the Ternopil region of Ukraine, spans several decades, from before the Second World War to modern times, and nearly every story concerns migration. 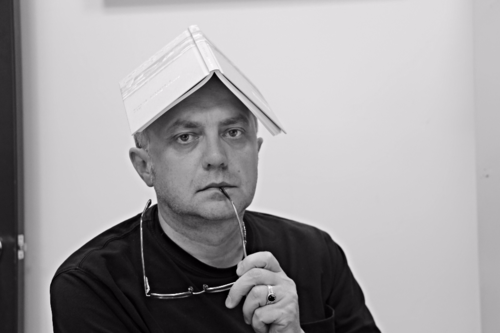 The first story takes us to Baiting Hollow, a seaside neighbourhood near New York City, where an impoverished Ukrainian intellectual and his much younger girlfriend try to make their home, hindered by history, memories and mental breakdown. Another story concerns a labour migrant who tries to legalise his stay in the US through a sham marriage. But the most heart-wrenching story tells us about the migrant that never was. In ‘Hat, figs, plums’, a Jewish fishmonger yearns to leave Chortkiv and join his brothers in America, but in the end cannot obtain a US visa. As events develop in the final days before the Soviet invasion, we realise that he will never reach Ellis Island. A passage in the story describes migration from Chortkiv in the preceding decades: 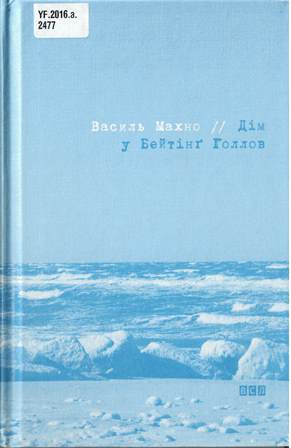 Migration both to and from Ukraine also provided material for Ponaikhaly (‘Overrun’; YF.2016.a.4136) by Artem Chapay, a journalist and author from Kyiv. The protagonist starts out as a skinhead, “defending” his town from Arab, Afghan and African migrants. He leaves the skinhead group when he finds out that its leader gets kickbacks from local competitors of migrant businessmen. In the finale, Chapay’s hero, now himself a migrant worker in Moscow, gets punched up by local skinheads who take exception to his dark hair. Chapay’s book, is probably the most comprehensive exploration of migration today. 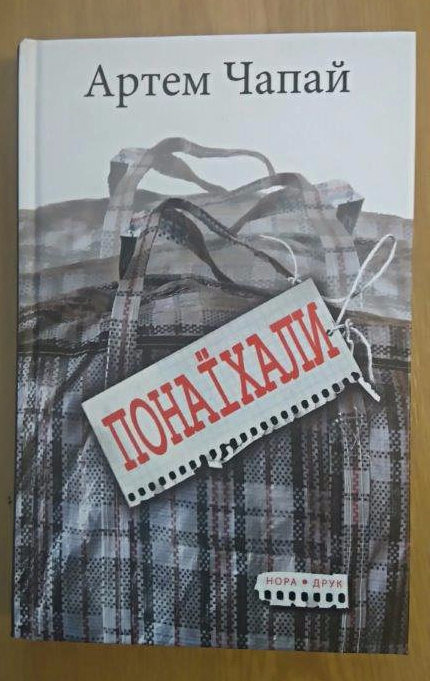 Another notable example from recent years is Frau Miuller ne nalashtovana platyty bil'she (‘Frau Müller is Not Willing to Pay More’; YF.2014.a.8581) by Lviv-based author Natalka Snyadanko, shortlisted for the BBC prize in 2013, which explores a relationship between two lesbian Ukrainian migrants in Berlin.

One effect of migration is accepting a new language, culture and identity. It has a similar effect on literature - migration has not only introduced a new topic into Ukrainian literature, but also authors who write about Ukrainian migration in English. One author who neither is nor writes in Ukrainian is the Scottish academic, translator and writer, Uilleam Blacker. After years of research on and translation of Ukrainian authors and of hanging out with young Ukrainian expats, Blacker wrote a play, Bloody East Europeans, which was first staged by Molodyi Teatr, an amateur London-based troupe consisting mainly of Ukrainian migrant workers, at the 2015 Edinburgh Fringe Festival. It explores identity, money, forced labour, sex labour, ethnic stereotypes, and tells many typical stories that abound in migrant communities.

British-Ukrainian novelist Marina Lewycka hardly needs an introduction. In her bestseller, A Short History of Tractors in Ukrainian, she looked at both post-war migrants and more recent arrivals. Her character Valentina, a fake-breasted Ukrainian blonde who marries the narrator’s elderly father, was hilarious to many British readers but did not endear Lewycka to Ukrainian publishers. Lewycka’s second novel, Two Caravans (Nov.2007/2003), which also takes labour migration as its subject, was translated (by myself) and published in Ukraine years before a publisher was found there for the first novel. 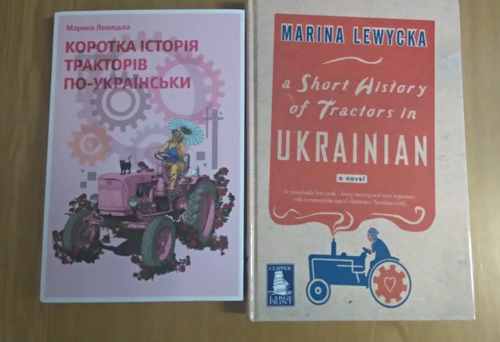 In the coming years, new perspectives on migration will probably emerge in Ukrainian literature, following the annexation of Crimea and the war in Donbas, with close to a million internally displaced persons now living throughout the country as a result. Their plight is already reflected in poetry by Serhiy Zhadan, born in Donbas and raised in Kharkiv, perhaps Ukraine’s most talented literary voice. Longer works of fiction, which take time, will surely follow, and some may well be in Russian and in Crimean Tatar.