Dervish or spy? A Hungarian in Central Asia

Having spent years in Constantinople, learning over 20 Turkic dialects and studying the Quran and Muslim customs, Ármin Vámbéry was well respected in the Ottoman Empire. Aged 31, this entirely self-made Hungarian orientalist undertook a perilous journey incognito into the very midst of Central Asia, where few Westerners had set foot since the 1600s. His main purpose was to establish the origin and connections of the Hungarian language. Vámbéry thought it a good idea to assume a false identity, convinced that as a European he would not be able to move around freely and explore the region’s languages. 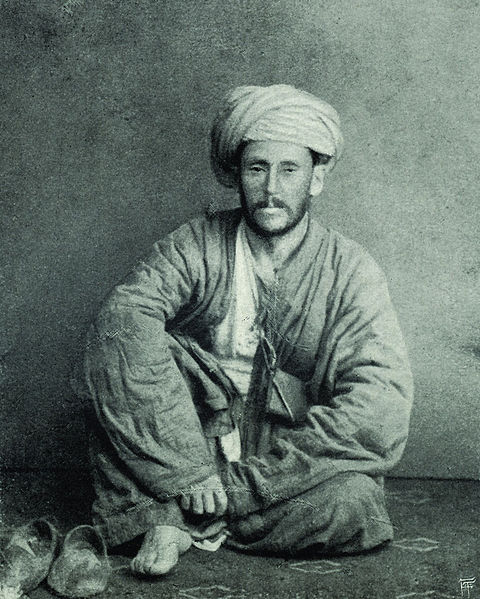 Armin Vambery in dervish dress in the 1860s (CC-PD, from Wikimedia Commons)

Setting off from Tehran in late March 1863 Vámbéry, or rather ‘dervish Reshid’, joined a group of pilgrims returning from Mecca. He told them he had long dreamed of a pilgrimage to the sacred places of Islam in Khiva, Bukhara and Samarkand, and hiked with them for six months, making heartfelt friendships in the process. 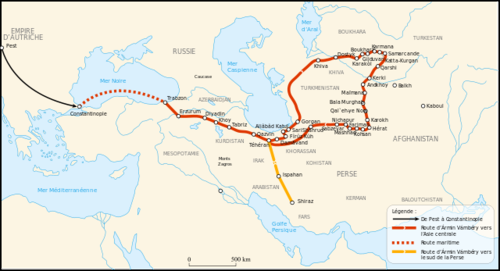 Map of the travels of Ármin Vámbéry in Central Asia (Image by Lepeltier.ludovic. CC-BY-SA, from Wikimedia Commons)

When no camel, donkey or cart was at his disposal, he made use of his own two feet, though lame in one leg from infantile paralysis. As poor pilgrims his party were offered provisions in most places en route and also received alms, which helped pay for their transport or frequent and often arbitrary customs duties.

Vámbéry must have endured extreme tension whenever an encounter with new people was looming. In low moments he feared that even the sufferings inflicted by the hostile desert were preferable to the dangers that humans might pose. Stories of foreigners being imprisoned, tortured or executed were common, and Vámbéry was so convinced of this danger that he kept strychnine pills sewn into his modest attire.

Whenever anyone accused him of not being who he claimed, which happened with alarming regularity, our adventurer somehow wriggled out of the situation. Despite his best efforts to alter his European appearance, many picked up on some unexplained peculiarity about his person and he was time and again suspected of being a secret envoy for the Sultan, or worse, a spy (or a European). Every town had its informant, so he had to appear before many a local ruler and answer challenging queries into his being a genuine hadji. The breadth of his knowledge saved him and occasionally he even turned these difficult conversations to his advantage, returning with useful gifts. 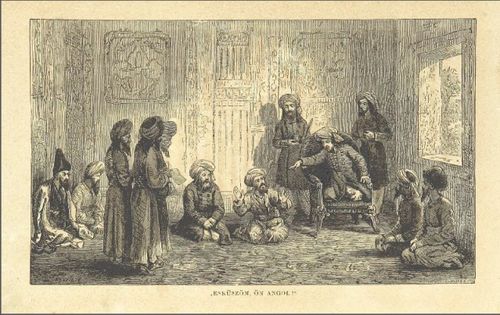 In Bukhara’s bazaar, Vámbéry noticed some goods labelled with the names of Manchester and Birmingham, which gave him a warm feeling, as if meeting a compatriot in such a distant land, but he was afraid that showing his delight might give him away. At the book market he spotted precious manuscripts that could have filled major gaps in oriental studies in the West. Sadly he could not buy more than a small handful of them, partly for lack of finance, but also because he feared a display of enthusiasm for secular knowledge would place him under more suspicion. 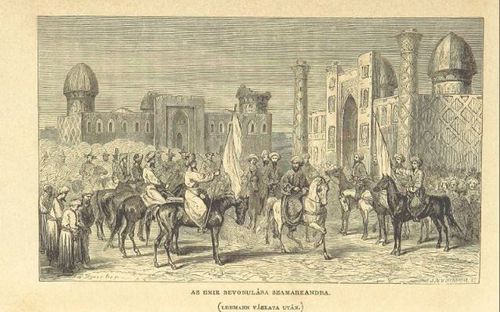 In Samarkand some friendly locals offered to accompany him all the way back to Mecca, where he said he was returning. It ‘would have been slightly awkward for all parties if we then ended up on the shores of the Thames instead of the Kaaba’. Therefore, for his return journey via Afghanistan, he attached himself to several successive caravans where he enjoyed less attention. Once back in Persia he could finally bid farewell to his dervish disguise.

Exactly a year after his expedition had begun, Vámbéry left Tehran again, this time for Europe. He took with him a ‘Tatar’ mullah called Iskhak, originally from Khiva. Iskhak was the only person to whom Vámbéry had revealed his true identity, although not until safely back in Tehran. The two had grown so close while travelling together that Iskhak decided to start a new life in the Hungarian capital instead of going on to Mecca. He learnt the language and worked at the Library of the Hungarian Academy of Sciences. 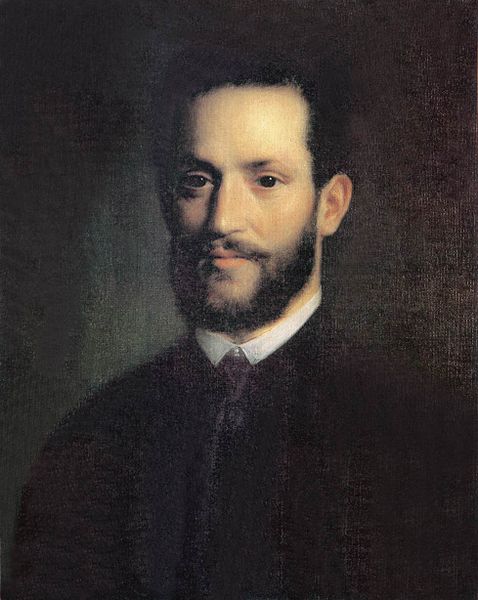 Vámbéry may not have discovered the exact origin of the Hungarian language, but he brought back a wealth of new information about the places he visited, which he first published in English as part of his Travels in Central Asia. The book, along with the fascinating and by all accounts highly entertaining lectures he gave around Britain earned him much academic acclaim and fame, and the doors of élite society were suddenly thrown open to him. He also became a professor and an honorary member of the Academy in Budapest despite never having a university degree.

Two extracts from an report about one of Vámbéry’s lectures, The Leeds Mercury, 19 March 1866, p. 3 (from the British Newspaper Archive)

In fact he gained such trust in Britain that he was later employed by the Foreign Office as a secret agent in the Near East. Undoubtedly, this was in no small part thanks to his (mostly) skilful impersonations, enhanced by outstanding linguistic ability and charismatic demeanour.

Ármin Vámbéry, Travels in Central Asia, being the account of a journey from Teheran across the Turkoman Desert on the Eastern shore of the Caspian to Khiva, Bokhara, and Samarcand, performed in the year 1863. (London, 1864.) 2354.d.1.