By the mid-19th century, the works of Mark Twain, Jules Verne and Alexandre Dumas had been widely translated and were inspiring boys throughout Europe with dreams of adventure and exotic voyages. Few of them however, grew up to live their dreams to such a degree as the young Nikolai Gumilev, or with such a lasting impact on literature. 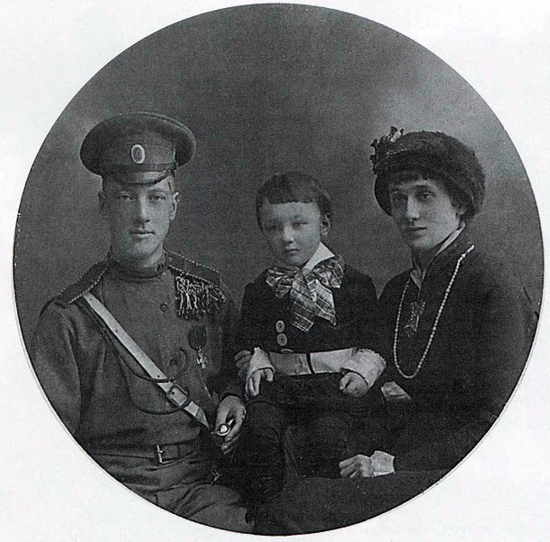 Travel was in Gumilev’s blood from the first; his father was a ship’s doctor, and he was born on 15 April 1886 in the port of Kronstadt. He studied at the gymnasium in Tsarskoe Selo, where one of his masters, the Symbolist poet Innokenty Annensky, first steered him towards poetry. Not surprisingly, his first efforts, published in his collection Ia v les bezhal iz gorodov (‘I ran from cities into the forest’, 1902), were inspired by the landscapes and creatures of far-off lands, including giraffes and crocodiles. His first travels, however, were to less distant countries, including France and Italy; he absorbed the influence of authors such as Flaubert and Rimbaud who shared his passion for Africa, and also of the Parnassian poets, and in Paris edited a short-lived literary journal, Sirius. In time he achieved his ambition of travelling to Africa, making regular journeys there and bringing back many African artefacts for the collections of the St. Petersburg museum of anthropology and ethnography, although some of his other exploits there, including lion-hunting, may seem questionable nowadays.

Gumilev’s interest in Théophile Gautier and the Parnassians, with their emphasis on disciplined form and craftsmanship, caused him to become disillusioned with what he regarded as the inchoate and woolly nature of Russian Symbolism, although he and his wife Anna Akhmatova had been enthralled by the Symbolist poet Vyacheslav Ivanov  and spent many evenings at the gatherings of writers and artists in his ‘turreted house’. Breaking away from Symbolism, Gumilev banded together with Akhmatova, Sergei Gorodetsky, Osip Mandelstam and others to found a new movement, a ‘guild of poets’ on the principles of the mediaeval guilds of craftsmen which had inspired artists in other countries including the German Lukasbund and the English Arts and Crafts movement. They stressed the importance of form and structure as well as inspiration, qualities embodied in Gumilev’s collections Zhemchuga (‘Pearls’; 1910) and Chuzhoe nebo (‘Alien Sky’; 1912). Unlike the Symbolists, who had little regard for the achievements of past civilizations, these Acmeists, in Mandelstam’s words, were filled with ‘nostalgia for world culture’ and especial reverence for the classical world’s legacy to Western civilization. In Gumilev’s case this reached even further back; as well as translating Coleridge’s The Rime of the Ancient Mariner (1919; YA.1996.a.22447) and old English ballads of Robin Hood (1919; 11622.de.14), he drew inspiration from the ancient Sumerian Epic of Gilgamesh. 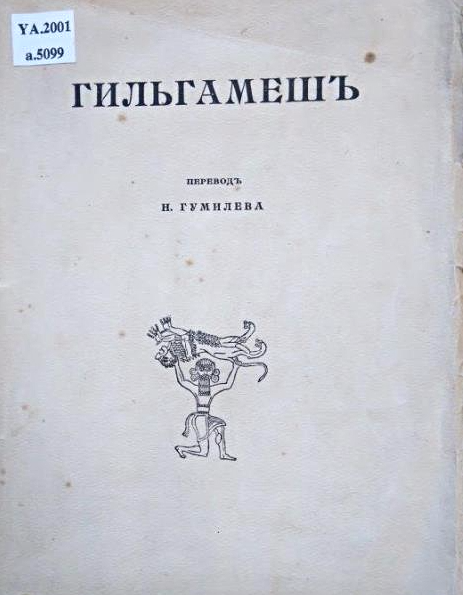 Akhmatova and Gumilev had first met when he had published her poetry in Sirius while she was still at school. After a turbulent courtship in which the lovelorn Gumilev responded to her indifference with several attempts at suicide, they married in 1910. Predictably, their union, which produced a son, Lev, proved equally tempestuous, not helped by Gumilev’s departure for one of his African trips within months of the wedding and his decision, on the outbreak of war, to enlist in a cavalry regiment. He was twice decorated for his bravery when fighting in East Prussia and Macedonia, but the long separations took their toll, and on his return to Russia the couple divorced in 1918.

Gumilev could not accept the rejection of religion in the name of revolutionary fervour, and was given to crossing himself in public regardless of others’ reactions. His sense of ideological conflict was mirrored in the verse play Gondla which he wrote in 1916, where the hero, an Irish Christian in ninth-century Iceland, bears the stamp of his own character, as Gondla’s bride Lera reflects that of Akhmatova. Chosen to be king but cast aside by the pagan Icelandic chieftains, Gondla sacrifices himself to establish Christianity in Iceland; despite its spiritual message and the cramped premises in which it was performed, the play achieved considerable success even after subsequent events had brought the author into disgrace.

Back in Russia after serving in the Russian Expeditionary Corps in Paris, Gumilev entered a new phase of life with a second marriage and the founding of the All-Russia Union of Writers in 1920. His Acmeist intellectual and cultural values, however, proved difficult to reconcile with what he perceived as the crude philistinism of the Bolsheviks, and he made no attempt to conceal his views, as is clear from the collection Shater (‘The Tent’, 1921; Cup.410.d.90), which gathered together his finest poems on Africa and its landscapes and wildlife. 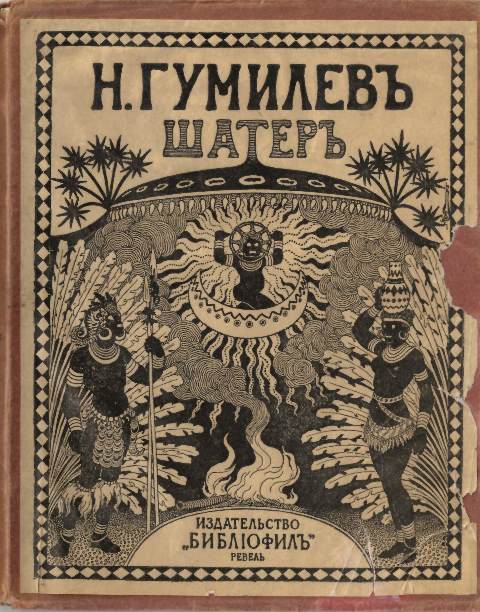 Gumilev’s open refusal to compromise his artistic or spiritual integrity was inevitably fatal. On 3 August 1921 he was accused of involvement in the so-called Tagantsev conspiracy or Petrograd military organization which, it was claimed, supported the restoration of the monarchy. Three weeks later the Cheka declared that ‘Gumilev, Nikolai Stepanovich, aged 33, former member of the gentry, philologist, poet … former officer … actively promoted the composition of a counter-revolutionary proclamation’, and had plotted an uprising in Petrograd. His friend, the author Maxim Gorky, dashed to Moscow to acquire a personal order from Lenin for Gumilev’s release, but it came too late. On 25 August Gumilev was shot, together with 60 other alleged conspirators.

Gumilev’s work was banned during the Soviet era, and it was not until 1992 that his name was formally cleared. The British Library is fortunate in possessing eight editions of his poems and translations, including his version of Gautier’s Emaux et camées (1914; X.909/30266) and his African poem Mik (1918; YA.1997.b.3597). Published during the stormiest periods of Russia’s history, they represent a unique testimony to his efforts to maintain his creative mission and uphold the values of civilization in the midst of turmoil – for which he ultimately paid with his life.