Shakespeare in Paris in the 1820s

During the early years of the 19th century Shakespeare was largely known in in France through the immensely successful versions of some of his plays by Jean François Ducis (1733-1816), which began with Hamlet in 1769 , followed by Romeo and Juliet (1772), King Lear (1783), Macbeth (1784), and Othello (1792). Ducis, astonishingly, knew no English and had to rely on translations of Pierre Letourneur (1736-1788) and Pierre de la Place (1707-1793). They were all heavily cut, and their plots adapted to contemporary French tastes and sensibilities. Ducis’ version of Hamlet,  for example, omitted the scenes with the ghost and the gravediggers. Their popularity is attested by the many editions published during Ducis’ long life, either singly or in collected editions of his works. They remained in repertory at the Théâtre français until the mid-1850s. 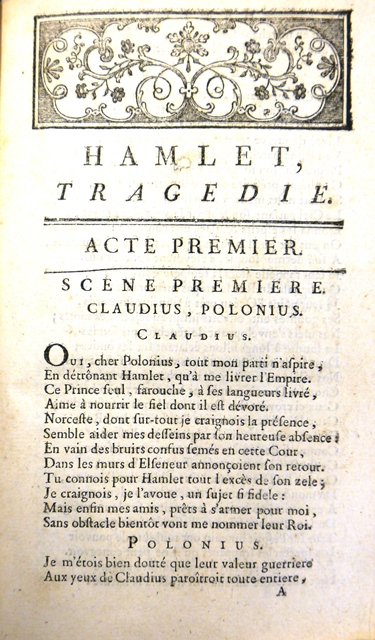 By then other translations of Shakespeare plays, also taking liberties with the original plots, had appeared. They included those of Alfred de Vigny whose Le More de Venise, a verse translation of Othello, was performed during the 1829-30 season (De Vigny also translated The Merchant of Venice and Romeo and Juliet), and Alexandre Dumas and Paul Meurice’s version of Hamlet, first performed in 1846. François-Victor Hugo’s translations of the complete works of Shakespeare were published between 1859 and 1866 (11765.f.).

Parisian audiences were also familiar with Rossini’s Otello, an opera with a libretto based on Ducis’ adaptation; like many operas at the time, it also had an alternative happy ending! Premiered in Naples in 1816, it quickly became one of Rossini’s most popular works, until it was virtually eclipsed by Verdi’s Otello in 1887. It was first performed to great acclaim in Paris on 5 June 1821 at the Théâtre Italien, with Manuel García as Otello and Giuditta Pasta as Desdemona. 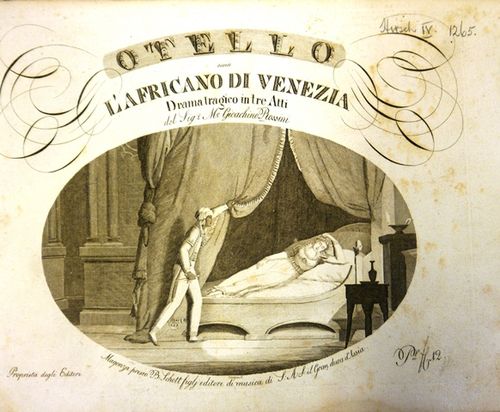 But it was Maria Malibran, García’s daughter, who became the great Desdemona of the Romantic era. Her performances of the melancholy Willow Song (sung by Desdemona shortly before Othello kills her), accompanying herself on the harp, became legendary. After triumphing as Desdemona, in 1831 Malibran also started to sing the role of Otello, sometimes alternating between the two roles. Alfred de Musset celebrated Malibran in various poems, especially in Le Saule and A la Malibran, the long poem he wrote a few days after her tragically early death in 1836, at the age of 28. 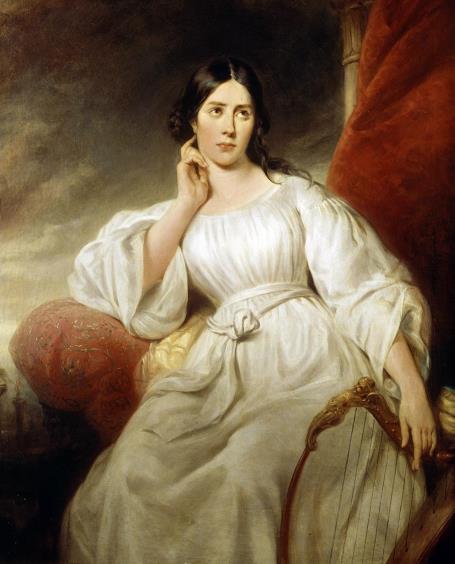 In 1822, a few months after the triumph of Rossini’s Otello in Paris, there was a first attempt by an English company, led by Samson Penley, to perform Shakespeare’s plays in English to a French audience. After a disastrous performance of Othello in the Théâtre de la Porte Saint Martin which ended up in fighting, the company had to move to a smaller hall, where they performed Hamlet, Romeo and Juliet, and Richard II before an audience of subscribers.

This débâcle prompted Stendhal to write Racine et Shakspeare [sic] two pamphlets published in 1823 and 1825 (1343.m.17) that questioned the precepts of French classical theatre, especially the unities of time and place, and called for a theatre that would appeal to a contemporary audience. Two years later, Victor Hugo’s preface to his play Cromwell (Paris, 1828; 11740.c.35), advocated a drama that would combine tragic and comic elements, and be free of the formal rules of classical tragedy. These qualities, he felt, were to be found in the plays of Shakespeare, whose name had by then become synonymous with Romanticism. 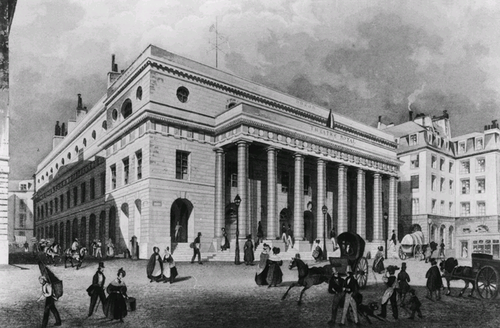 Like Stendhal, Hugo was prompted to write his preface by the visit of another company of English actors performing in their native tongue. In September 1827 Charles Kemble’s company gave a series of performances of Shakespeare plays at the Odéon theatre in Paris. After performances of Sheridan and Goldsmith, the stage was set for one of the great dates in the annals of French Romanticism, a performance of Hamlet with Charles Kemble in the title role and Harriet Smithson as Ophelia. In the audience was the crême de la crême of literary and artistic Paris – Victor Hugo, Alfred de Vigny, Alexandre Dumas, Charles Nodier, Théophile Gautier, Eugène Delacroix, Eugène and Achille Devéria, Louis Boulanger, and Hector Berlioz. Although the performance was in a language very few in the audience understood,  the ability of the players to cross language barriers was clearly electrifying.

The performance was a triumph. The most popular scenes  were the play-within-the-play, Hamlet’s encounter with the ghost, Ophelia’s madness, and Hamlet and Horatio in the graveyard. 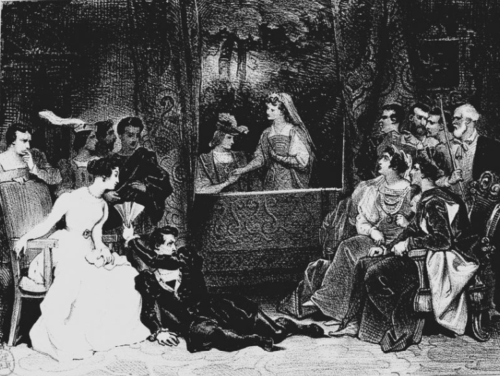 Hector Berlioz was left thunderstruck and in his Memoirs vividly described the effect of these performances:

…at the time I did not know a word of English … the splendour of the poetry which gives a whole new glowing dimension to his glorious works was lost on me. ... But the power of the acting, especially that of Juliet herself, the rapid flow of the scenes, the play of expression and voice and gesture, told me more and gave me a far richer awareness of the ideas and passions of the original than the words of my pale and garbled translation could do.

He also fell in love with Harriet Smithson, and his Symphonie fantastique (1830) was inspired by his infatuation with her. They were married in 1833 but their marriage proved to be unhappy. Berlioz composed his two great Shakespeare-inspired works much later, Roméo et Juliette in 1839, and Béatrice et Bénédict, an opéra comique, based on Much Ado About Nothing, in 1862.

The British Library's current exhibition Shakespeare in Ten Acts is a landmark exhibition on the performances that made an icon, charting Shakespeare’s constant reinvention across the centuries and is open until Tuesday 6th September 2016. You can discover more about Shakespeare and his works on our Discovering Literature website.