Personal is Political: Eurovision 2016 and the Crimean Tatars

When Crimean Tatar singer Jamala  won Eurovision 2016  for Ukraine this weekend with a song about her people’s tragedy, she was following a tradition of telling the Crimean Tatar experience of exile through verse and story. 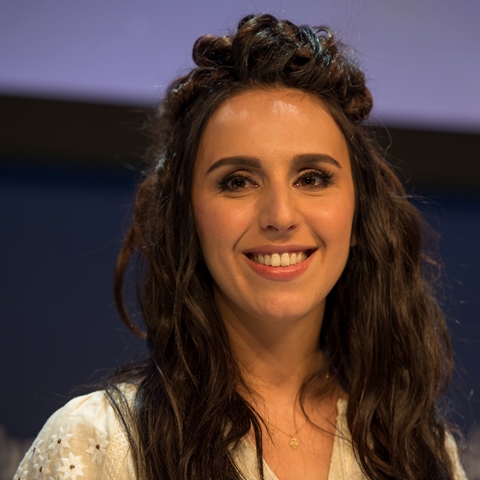 Jamala at a "meet & greet" appearance during the Eurovision Song Contest 2016 in Stockholm (From Wikimedia Commons. Photo by Albin Olsson License: CC BY-SA 4.0 )

Here is an earlier example:

Hey, swallow, swallow! Spread your wings wide!
If you get caught by the enemy on the ground,
You may be deprived of a homeland, like the Tatar!
....
Sorrowful people, great people! People with stunted lungs!
I was born amidst you, I am one of you. I am a weed in your garden,
I am a weed in your garden.
(From Kollar Demir, Bas Emen, Budapest, 1919)

The author, Bekir Çobanzade (1893-1937), was a Crimean Tatar linguist and academic who studied and taught in Crimea, Turkey, Hungary and Azerbaijan. His poems and stories express a lyrical, personal grief at the fate of the Muslim Turkic Crimean Tatars, the indigenous people of Crimea. Under repressive Russian Imperial rule thousands emigrated to seek better lives. Soviet authorities, after a brief period of supporting national minorities, completed the exodus by forcibly deporting the entire nation in 1944 – the subject of Jamala’s winning song. 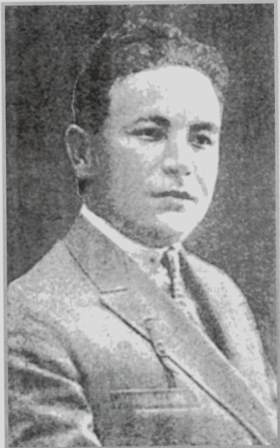 Çobanzade did not live to see this final atrocity, which wiped out an estimated 46 percent of his nation. In 1937 he was executed for separatism, involvement in terrorism, and working as a foreign agent. He was rehabilitated in the 1950s.

When strangers are coming...
They come to your house,
They kill you all
and say,
We’re not guilty […]

In the light of Eurovision rules that songs be apolitical, Jamala has said the song is not political but personal, telling the story of her grandmother who was deported. Every Crimean Tatar family living in Crimea at that time has this same story. When I was researching Dream Land (2008), my novel about the deportation and return home of Crimean Tatars almost fifty years later, I heard it again and again. I was fortunate to be able to interview many people who remembered the deportation, and Crimea before it – a land of roses and sunshine, but also of war and state-sponsored cruelty.

This generation is fast disappearing: one story recounted in Dream Land, of Seit-Amet who fought in the Russo-Japanese war and the First World War in place of his two brothers, was told to me by Seit-Amet’s son before he died in 2011. But the stories are passed on to those who were born in exile, or back in Crimea after Perestroika which allowed them to return. I was struck by the incredible vividness of this collective memory; often younger generations can recite their parents’ or grandparents’ experience as if they had lived through it themselves. Greta Uehling explores this phenomenon in her 2004 book Beyond Memory: The Crimean Tatars’ Deportation and Return.

The deportation, or Sürgünlik, was a nation-defining event. People were sent away on the basis of their national identity which the Soviet authorities then tried to obliterate, claiming that there was no such national group as the Crimean Tatars. During exile much Crimean Tatar culture and language was lost, but at the same time a campaigning National Movement was born, uniting a whole generation which defined itself by the determination to return to a lost homeland – and therefore, in opposition to Soviet authorities. Thus, while for every Crimean Tatar the deportation is a personal family story, it is also political, and the shared memory of this event informs current Crimean Tatar opposition to Russian annexation of Crimea. 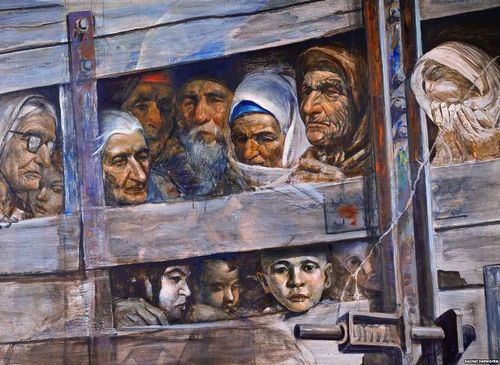 On 18 May 1944, when the bewildered Crimean Tatars – the majority women and children, as the men were fighting in the Red Army – asked the Soviet soldiers why they were forcing families from their homes, they reportedly replied “It’s not our fault – it’s Stalin’s orders.” The 2008 book and BBC series World War Two: Behind Closed Doors by Laurence Rees includes interviews with some soldiers who participated in wartime Soviet atrocities, including the deportation of the Crimean Tatars. Many repeat that they were just following orders. “I understand that it was cruel because I’m more experienced now,” says one now elderly man. “Now, we have democracy.” The implication is that they had no choice in or awareness of what they were doing, and thus what happened was not personal. It was political.

Writing in times of upheaval and repression reminiscent of Crimea today, Bekir Çobanzade’s ambitions for his works are touchingly modest. In a 1919 preface to a collection of poems unpublished in his lifetime he wrote “If history turns its attention to Crimea someday, and if one Crimean Tatar searches for another, my writings may surface. It is quite all right, if this does not happen. Crimean Tatars lost their flag, their glory, and their land. What if I were to lose a few nights without sleep and days in grief …”

Thanks to Russian annexation, history has indeed turned its attention to Crimea. And a Eurovision song is the unlikely vehicle whereby an international audience encounters the Crimean Tatar story, culture and threatened language which Çobanzade wrote “embodies my people's centuries-long sorrow, their anxious and yet brave voice.” 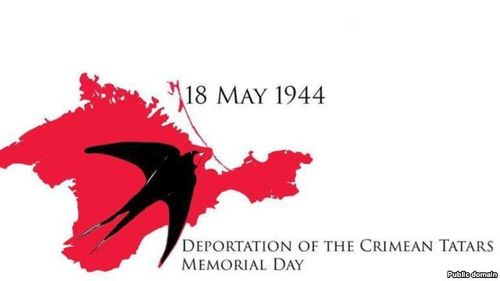 Posted by Olga Kerziouk at 1:05 PM