‘Every great book demands to be translated once a century, to suit the change in standards and taste of new generations, which differ radically from those of the past’. So wrote the translator and biographer, J. M. Cohen, whose 1950 Penguin Classics version of Don Quixote served as many an Anglophone’s introduction to Cervantes’s mad knight.

Penguin in fact waited less than half a century before commissioning John Rutherford to write a new translation of the two-part, 1000-page novel. And Rutherford’s effort, as it turned out, was just one of five new English versions done between 1995 and 2006, bringing the total of full English translations of the work to nearly twenty. The other four recent Quixotes – by Burton Raffel, Edith Grossman (the first woman to translate the work), Tom Lathrop and James H. Montgomery – are all written in American English.

In some practical ways the challenges facing the translator of Cervantes’s text today – with the exception of the need for perseverance and stamina – are not so great as they were for Thomas Shelton whose version of Part I appeared in 1612, just seven years after the original was published in Madrid. He had limited tools at his disposal and relied upon his good knowledge of Spanish, basic dictionaries, his general cultural awareness and his wits. The mistakes Shelton made because of gaps in his knowledge are easy for a translator to remedy today. 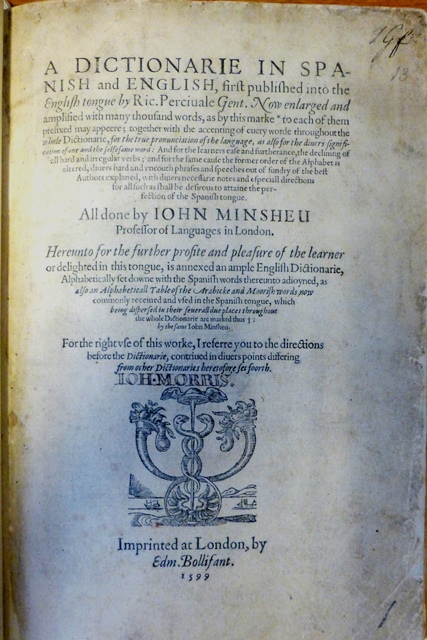 In other ways the challenges with which the modern translator must grapple are greater, however. The first of these is created by the daunting shadow of Cervantes, the canonical writer, father of the modern novel. In Shelton’s translation of Don Quixote the barely-known Spanish author’s name did not even appear on title page, but today the canonicity of the text can act as a curb on creativity, prompting a conservative desire to reproduce a classic along expected lines rather than to take risks and attempt to be, in Rutherford’s words, ‘as boldly playful a writer as Cervantes’. The title page of Shelton’s translation

The passage of 400 years is also a problem: does the modern-day translator pepper the English version with explanatory footnotes about historical, cultural and linguistic matters, or make use of parenthetical explanations, as Raffel has done? Does it matter that we are unlikely to have read the popular romances of chivalry which addled Quixote’s brain and which are parodied particularly in Part I? What about the role of previous versions in English, what Rutherford calls the ‘predomestication’ undergone by the novel? Sometimes past errors by translators, such as the name given to Sancho Panza’s ass, Dapple, have become cherished parts of the furniture of the novel. And what of the overall tone of the work? Any translator’s version is likely to reflect one or other of the two dominant critical trends that developed in response to the work, the ‘funny book’ or the ‘Romantic’ approach. How seriously is the translator to take Cervantes? 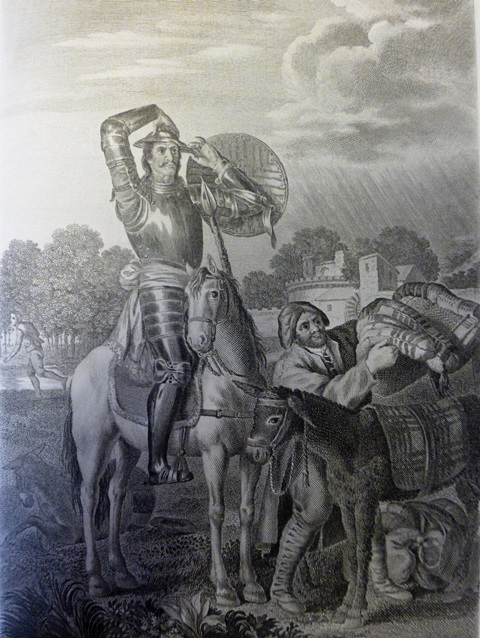 All of these issues – the iconic status of the novel, the legacy of its interpretation in the Academy, its in-jokes – require judgement and thought from modern-day translators before they even arrive at the rendering of words.

And when it comes to the words themselves, throughout Don Quixote there are myriad challenges for the translator, of which two stand out: the variety in Cervantes’s language and register and the novel’s comic complexion. English versions in the past have often failed to distinguish adequately between the voices of Don Quixote and his side-kick, Sancho, and the many individuals they meet. It is true that they sometimes encroach into each other’s linguistic territory but translators have not often reflected fully the characterisation inherent in the language Cervantes employs or the comedy involved in the stylistic contrasts with which he played, particularly in the dialogue.

A text such as Cervantes’s masterpiece requires an artful translator and a bold writer.

As part of this year’s European Literature Festival, the British Library will be holding a ‘Don Quixote Translation Joust’ on Monday 9 May. More details and booking information are available on our website