An Unparalleled Authority on the History of Belarusian Literature

On 21 June Prof Arnold McMillin will celebrate his 75th birthday. Until he retired in 2006, he was a Chair of Russian Literature at the School of Slavonic and East European Studies, University College London. He is particularly well known and loved for researching Belarusian literature. Prof McMillin is the author of the first English-language history of Belarusian literature, published in 1977. Since then, he has remained an unrivalled authority on the subject in the English-speaking world. His academic achievements are also a great witness to the work of small community-run libraries in Britain. 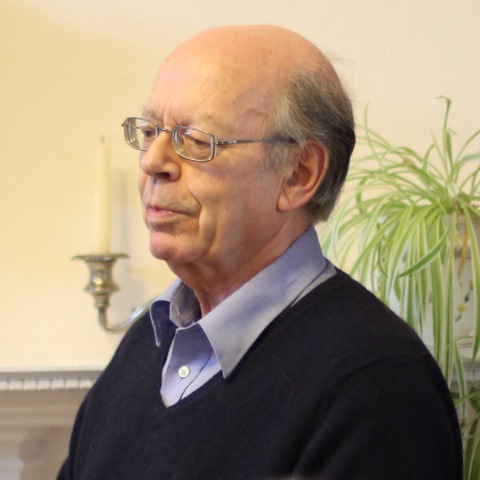 Prof. Arnold McMillin by Alexandra Belookaya.  With a kind permission of the photographer.

Prof McMillin’s contacts with the Belarusian community in London started soon after he began his doctoral dissertation in 1964. The topic was suggested by a slavist, Robert Auty: the vocabulary of the Belarusian literary language in the 19th century – a completely neglected field of Slavonic studies at that time.

The Belarusian community in Britain was not large, but active and intellectually strong. Many cultural activities then took place at the Belarusian Catholic Mission and its Marian House in north London, which are still in existence and maintaining their central role in the community. Marian House accommodated a rapidly-growing book collection started by few Belarusian priests who were passionate to preserve the Belarusian heritage which found its way to the west during and after the Second World War.

Here is how Prof McMillin describes his experience:

The librarian was Fr Haroška, a rather fierce man, but he truly helped me a lot – I needed texts of the 19th century for my research. The priests who lived in Marian House were very kind and learned. They were very helpful too, while I was quite ignorant of the subject. Some of the texts I needed were in the British Library, e.g. Czeczot, Rypiński, but by no means all. And Fr Haroška was very keen to help me. So between the two of them, the British Library and the Skaryna Library, I wrote my thesis. That was the beginning

By 1970, the book collection on the first floor of Marian House had grown to almost 7,000 volumes, among them many valuable and rare editions. On one occasion the floor of the room the library was housed in collapsed under the weight of books into the church directly underneath it. Soon after, a building across the road was purchased to house the newly established Francis Skaryna Belarusian Library and Museum; it incorporated the book collection from Marian House. Skarynaŭka was oficially opened in 1971 and it played a central role in supporting Belarusian studies in the west, as well as helping to re-publish authors and works forbidden under Soviet rule in newly-independent Belarus. Prof McMillin was not only the most committed user of the Library, but also its passionate advocate and supporter. When the Library became a registered charity, he joined its Board of Trustees and remains a member.

Soon after Prof McMillin’s dissertation appeared as a book, he was invited by a German academic publisher to write a history of Belarusian literature. A History of Byelorussian Literature: From Its Origins to The Present Day (Giessen, 1977; British Library X:0900/189(6)) provoked a lot of interest on its publication: it was the first academic work of such scale in English. Initially, the publication was met with silence in Soviet Belarus: someone had to work out how to react to writings from the west. Prof McMillin’s evaluation of some untouchable Soviet writers was damning while he praised others who didn’t make into the official literary pantheon. Eventually, a nine-page review appeared in the leading literary journal Polymia (PP.4842.dcs.) in 1980. It was written by Prof Adam Maldzis of the Institute of Linguistics of the Academy of Sciences of BSSR. He was allowed to publish that review on two conditions: to accept the collaboration of two state-approved scholars and to include serious criticism of McMillin’s work. Eventually the review appeared under the names Ivan Navumienka, Michaś Mušynski and Adam Maldzis. McMillin’s approach was characterised as “bourgeois objectivist” – a made-up description to calm the editors’ fears. 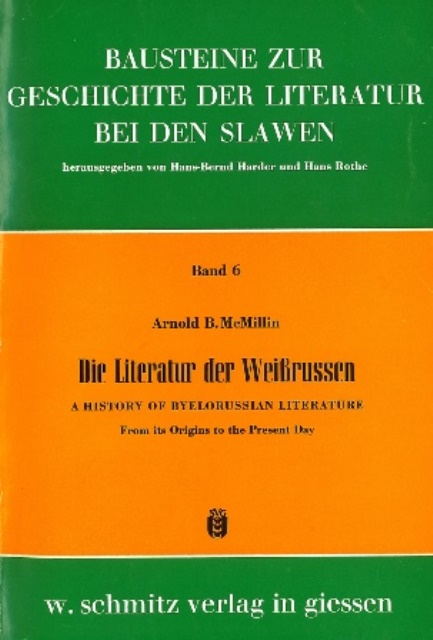 Despite this meaningless characterisation, the two scholars developed a cordial and productive friendship. Prof Maldzis was the first Soviet scholar to visit the Belarusian Library in London in 1982. His travel diary published in Minsk five years later contained extensive excerpts from publications and manuscripts he could not access often – on account of censorship – in the BSSR.

Meantime, for Prof McMillin A History of Byelorussian Literature was only the beginning. In the following years he published another four outstanding books surveying the Belarusian literary landscape. Belarusian Literature in the 1950s and 1960s (1999; ZA.9.a.4768(28)), Belarusian Literature of the Diaspora (2002; YC.2003.a.5621), Writing in a Cold Climate (2010; YC.2011.a.1614) and Spring Shoots (2015) continued his first monograph with newly emerging materials. All four books were translated into Belarusian soon after appearing in English: no other scholar, even in Belarus, had attempted such monumental and ground-breaking publications before. Only collective works from academic institutions covered some of those periods and authors. 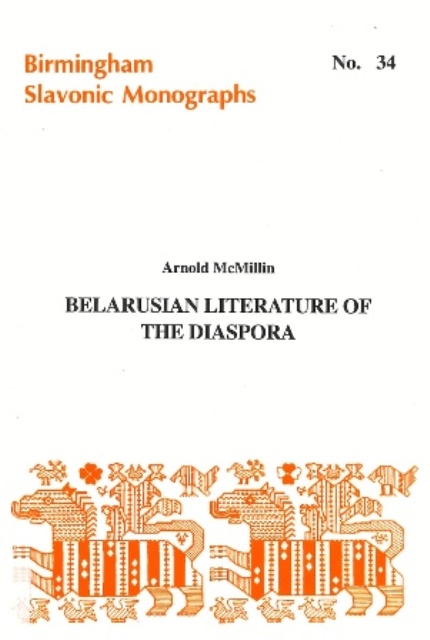 In addition to books, Prof McMillin authored dozens, if not hundreds, of articles, conference papers and book reviews. He brought to the light many names forgotten or intentionally ignored in Soviet Belarus. He has been passionate about discovering talented young authors and has pioneered many themes in the Belarusian literary studies; to take one example, he was the first to talk about the phenomenon of Belarusian prison literature.

For decades, Prof McMillin supported the Belarusian community and academic Belarusian studies in Britain. He edited the Journal of Belarusian Studies (ZC.9.a.9127), published by the Anglo-Belarusian Society since 1965, and delivered many talks organised by the Society.

Finally, any serious biographical article about Prof McMillin must mention his ingenious humour. Amusing and even shocking in his interviews, Prof McMillin is a curious example of a profound scholar never failing to captivate the hoi polloi with his broad knowledge and wisdom.

A symposium to mark Prof. Arnold McMillin's 75th birthday will be held at the UCL School of Slavonic and East European Studies on June 24-25. 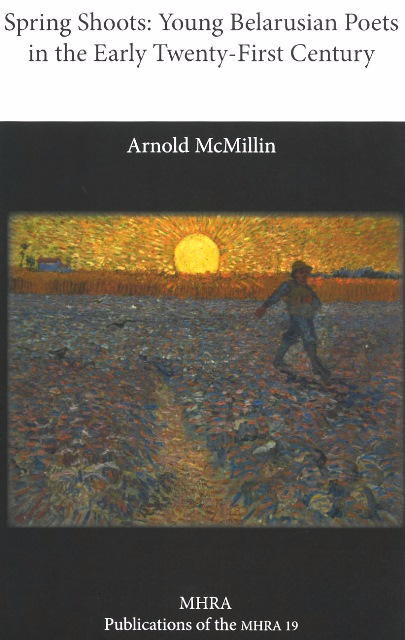