‘The whole gain of my life is to lament her loss’: Christiane von Goethe﻿﻿

In the spring of 1789 the polite society of Weimar had a new subject of gossip. One of its most prominent and respected members, Johann Wolfgang von Goethe – famous author, privy counsellor, friend of the ruling Duke – had acquired a mistress. Not only that: the woman was pregnant and he had taken her openly into his house.

The relationship dated back to the previous summer, when Christiane Vulpius had approached Goethe with a petition on behalf of her brother, Christian August. Christiane was the daughter of a minor civil servant who had died in 1782 after losing his post; she helped to support the family by working in a small factory making artificial flowers. Goethe had once inspected the factory, and had helped the Vulpius family before, but had never met Christiane. Soon after their first encounter – perhaps on the same day, precise facts and dates are uncertain – the two began a sexual liaison. While this might appear at first sight an exploitative and rather sordid transaction (‘Sleep with me and I’ll help your brother’ / ‘Help my brother and I’ll sleep with you’), the subsequent history of their relationship proves that it was, or soon became, far more than that, enduring for 28 years until Christiane’s death. 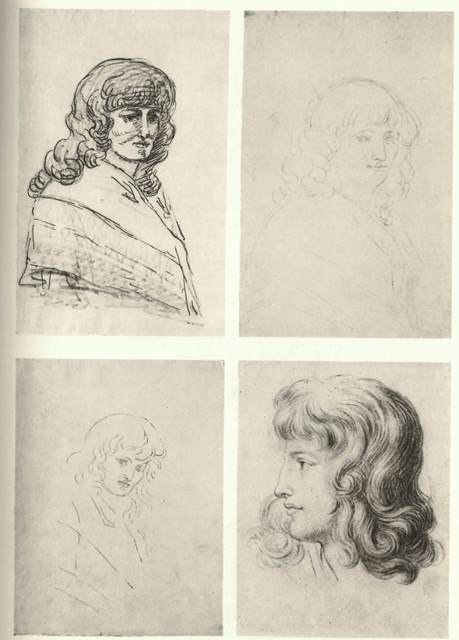 Sketches of Christiane, drawn by Goethe in the early years of their relationship. Reproduced in Gerhard Fellem (ed.) Corpus der Goethezeichnungen, Bd. IVb, no. 35-38 (Leipzig, 1968). Ac.9476.(3d)

If Goethe had paid Christiane off or discreetly set her up in a separate home when she became pregnant, the relationship might have created a minor scandal and briefly aroused some moral outrage. But by bringing Christiane into his home to live as an unmarried couple, Goethe caused not only scandal, but confusion and anger among his peers. Weimar society generally thought that Goethe had lost his senses with respect to Christiane and rather pitied him for it, but attitudes to Christiane herself were far harsher. She was accused of drunkenness, gluttony and stupidity, called a ‘whore’ and a ‘trollop’, Goethe’s ‘fatter half’, a ‘round nothing’, who had ‘spoilt everything’. 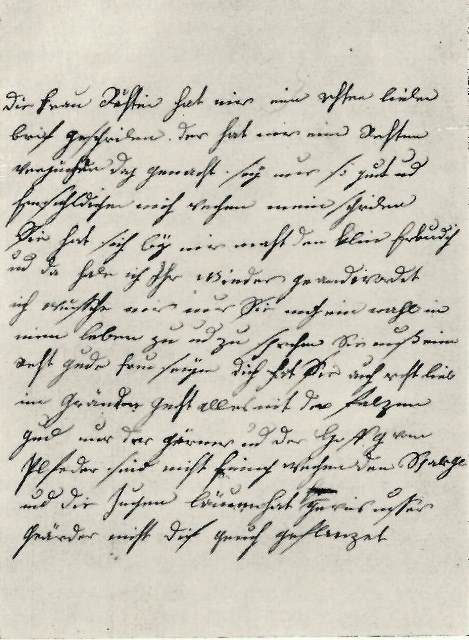 This must have made even harder what was already an odd and difficult situation for Christiane: she lived in Goethe’s house, bore him five children (only one, August, survived beyond infancy), was his domestic companion, sexual partner and one of his muses, but was largely cut off from his public life and from the court and high society of Weimar, where he was lionised while she was despised and ignored. Yet Christiane and Goethe somehow made their unusual partnership work and made it last. There was even one sphere where Christiane could share in Goethe’s public duties: both loved the theatre and she advised him in his role as director of the Weimar Court Theatre. And there were a few people who did accept her, not least Goethe’s own mother, who wrote to Christiane as ‘Dear daughter’. 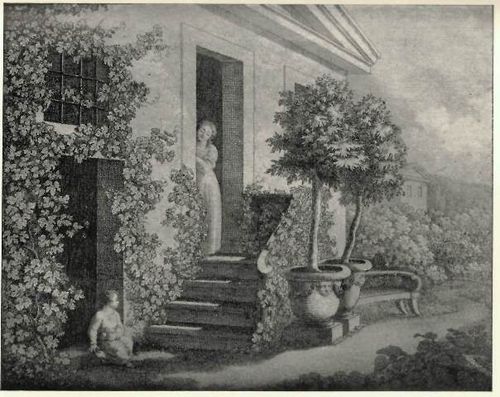 Drawing by K. W. Lieber, based on an original by Goethe, thought to show Christiane and their son August in the garden of Goethe’s house. Reproduced in Etta Federn, Christiane von Goethe: ein Beitrag zur Psychologie Goethes (Munich, 1916) 010705.ee.61.

Christiane’s strength of character, necessary to survive in a common-law marriage surrounded by poisonous gossip, was demonstrated in a practical way in October 1806, when Napoleonic troops entered Weimar. She is said to have stood up to soldiers intent on plundering Goethe’s house, while Goethe himself feared for his life. Two days later, Goethe set aside his long-standing aversion to wedlock and married Christiane.

As ‘Frau Geheimrätin von Goethe’, Weimar society was forced to accept Christiane. Johanna Schopenhauer made a kindly start, famously declaring that ‘if Goethe gives her his name, we can surely give her a cup of tea’, but not everyone was so gracious, and many who were polite to Christiane’s face still insulted her behind her back. The most notorious insult came from Bettine von Arnim, a regular guest of the Goethes during her visits to Weimar, who described Christiane as a ‘black pudding’ who had ‘gone crazy’ following an argument between the two women. Although Goethe’s usual advice to Christiane seems to have been to ignore such attacks, this time he took her side wholeheartedly, and permanently broke off his friendship with Bettine and her husband; most of Weimar, predictably, took Bettine’s side. 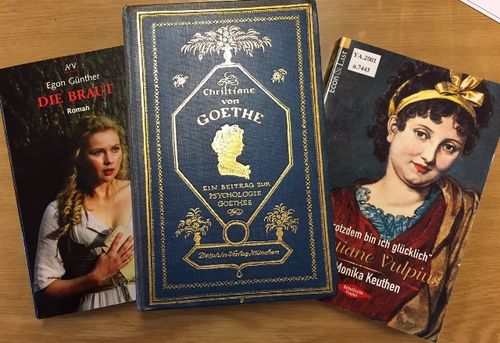 Posterity could be equally unkind to Christiane. Goethe’s lifelong devotion was often given less weight than the malicious gossip of the Weimar court by biographers and critics, who tended to portray Christiane as a coarse and common woman whose only importance to Goethe was as a sexual plaything, a ‘Bettschatz’, or as Thomas Mann once (inexcusably) described her, ‘a nice piece of meat’. Fortunately, modern critics have been more nuanced; in particular, Sigrid Damm’s detailed biography Christiane und Goethe strips away many myths. A shorter, albeit fictional, way to encounter a believable Christiane is through Christine Brückner’s monologue, ‘Ich war Goethes dickere Hälfte’. The words of Brückner’s Christiane, ‘I am as I am, and he is as he is. That’s how he wants me, and that’s how I want him’, seem to me to come close to describing how their unconventional, and perhaps surprisingly modern, relationship worked. Other modern fictional portrayals, even when they veer towards the lurid and novelettish, are generally favourable to Christiane – sometimes even at Goethe’s expense. 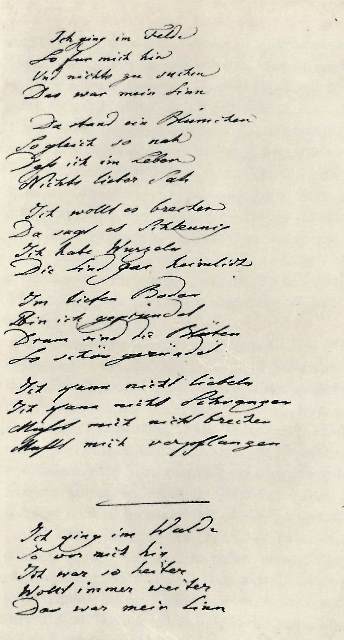 But finally, if anyone doubts Christiane’s importance to Goethe, they need only read his own words: the touching poem ‘Gefunden’ which he dedicated to her on the 25th anniversary of their relationship, or the lines he wrote for her gravestone following her death on 6 June 1816: 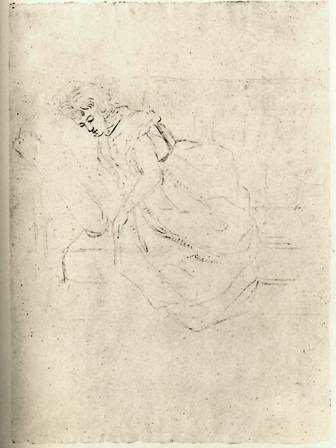