Visitors to the current exhibition Russia and the Arts at the National Portrait Gallery (until 26 June) may find themselves pausing, among portraits of well-known figures such as Tolstoy, Chekhov and Tchaikovsky, before that of a less familiar author. Painted in 1871 by Vasilii Perov, it shows a man in his late forties but looking considerably older, wearing a fur-lined coat and gazing at the viewer with an expression combining weariness with compelling intensity. This is Aleksandr Ostrovsky, who died 130 years ago on 14 June 1886, and is widely credited with almost single-handedly creating the Russian realist school of drama. 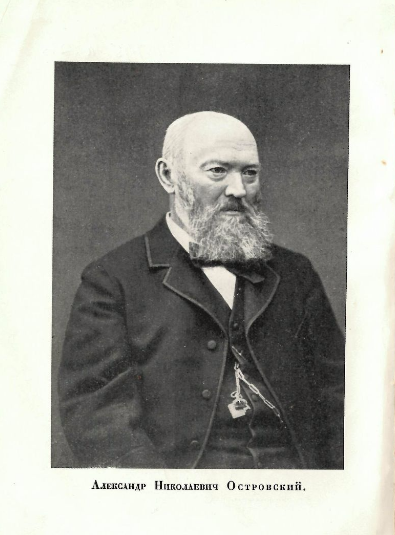 The age in which he lived provided him with rich opportunities to portray the snobbery, corruption and ludicrous pretensions of the rising Moscow merchant class and the efforts of former serfs to gain a foothold in society following their emancipation in 1861 by Alexander II. His 47 plays represent a link between Gogol’s satirical Revizor (The Government Inspector; 1836) and the dramas of Chekhov, combining skilful use of dialect with a diction which Turgenev praised as ‘glorious, tasteful and clear’.

Born on 12 April 1823 in the Zamoskvorechye district of Moscow, Aleksandr was destined for a legal career like his father and enrolled on a law course at the University of Moscow in 1840. However, his literary experiments and growing passion for the theatre distracted him from his studies, and in 1843 he failed his Roman Law examinations and became a legal clerk. His experiences provided him with a wealth of material as he observed cases in which bribery and other abuses were rife, and in the late 1840s he began to publish scenes and sketches based on the life of the local merchant community. Although his readings of his works were popular, gaining him a wide following among every class of society, he faced a perpetual struggle with the censors when he attempted to get his plays published, and it was not until 1850 that the first, Svoi liudi - sochtemsia!  (‘Keep it in the family!’) appeared in print. It was another ten years before it was licensed for performance in the imperial theatres, and he had no better luck with his translation of Shakespeare’s The Taming of the Shrew (1852), condemned by the censor for its coarse language. As the decade progressed, though, he gained increasing success, with his plays being staged in the Maly and Bolshoi theatres and even winning the approval of Nicholas I.

Certain critics, however, continued to object to Ostrovsky’s depiction of the seamy side of Moscow life, immorality and drunkenness, avarice and duplicity, as in Bednost' ne porok  (‘Poverty is no Crime’; 1853). Popular culture became a major element in his plays as his Slavophile sentiments grew stronger, with elements such as carnival customs and folktales featuring prominently, and the presence of peasants clad in sheepskin coats and similar humble garb was considered a hallmark of his work.

A journey down the Volga in 1856 as part of a team of writers gathering demographic information for naval recruitment reforms furnished him with material for the play for which he is possibly best known outside Russia, Groza (‘The Storm’; 1859). Once again Ostrovsky clashed with the censor, struggling to convince him that the tyrannical mother-in-law Kabanicha was not a portrayal of Nicholas I. The Czech composer Leoš Janáček would in 1921 bring the play to new audiences in his opera Káťa Kabanová, the name of its tragic heroine whose thwarted love sends her to her death in the Volga. 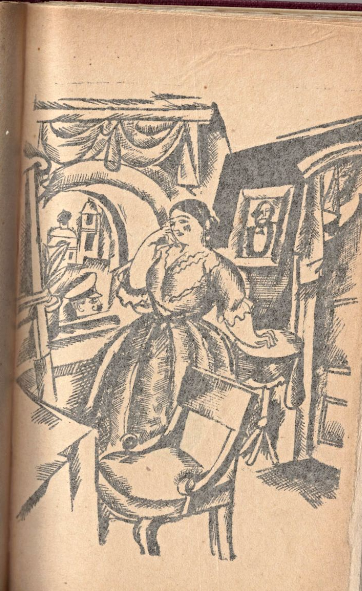 The lively folkloristic colouring of Snegurochka (‘The Snow Maiden’; 1873), with incidental music by Tchaikovsky, inspired adaptations for the ballet as well as Rimsky-Korsakov’s opera (1880-81), and enabled the story to travel outside Russia. English translations began to appear as early as 1898, with Constance Garnett’s version of The Storm (12205.de.8/2.), though his plays were slow to gain ground on the British stage despite their verve, pungency and merciless mockery of the universal vices of hypocrisy and ignorance. Student or amateur theatre groups, however, were inspired to try them, as in the case of Diary of a Scoundrel, which was not only staged by the Central School of Speech and Drama  in 1964 but by the Abingdon Drama Club  in November 1960, where a review in the club’s magazine noted the subtle and fierce satire of ‘this Ostrovsky goulash’, and ‘the impassioned cry of a liberal protesting against the injustice and corruption of his own society’.

Throughout his life Ostrovsky was dismayed by the moral corruption of the imperial theatres and its effect on their actors, the growing discrepancy between social and political values in Russia and the West which he observed on his travels through Europe in 1862, the stranglehold exerted by censorship on freedom of expression, and the philistinism and want of taste of those who preferred vaudeville and operetta to serious drama, as when Tsar Alexander II paid a surprise visit to the Alexandrinka theatre in January 1872 to see Ne vse kotu maslennitsa (‘Not All Shrovetide for the Cat’), a satire about a domestic tyrant, but appeared lukewarm.

Exhausted by his struggles and financial cares, and by the attacks launched on his work by critics in the 1870s, he developed angina, not helped by the taxing duties which he assumed on being appointed repertoire director to the imperial theatres in 1885 as a result of his bold plans for theatrical reform, including advocating the establishment of independent theatres. Not until 1884 was he finally granted a personal pension, though a modest one, which came too late to save his declining health. On 14 June he died at his desk a few days after a serious asthma attack, working on his translation of Antony and Cleopatra – a fitting conclusion to a life spent in the service of the theatre.