The south-eastern countries of the Balkans were in focus of Balkan Day II: A Rich Heritage of Stories, a public event held at the British Library on 24 June 2016.

The Balkans is home to a great number of fascinating stories and traditions, many of which remain untold in English. This event brought together some of the leading contemporary academics, writers and translators who talked about writing and creating in this fertile cultural space.

The event featured a range of authors, translators, publishers and others speaking on various topics.  Artist Ian Long captured the speakers in the course of the day, and some of his portraits are reproduced below. You can also hear some of the talks from the event here.

In the first two keynote speeches, Kapka Kassabova's website (below) spoke on the theme Borderland: Notes from a Journey to Europes Last Frontier, where Bulgaria and Turkey Meet, and Robert Elsie described The Chaotic Course of Albanian Literature. 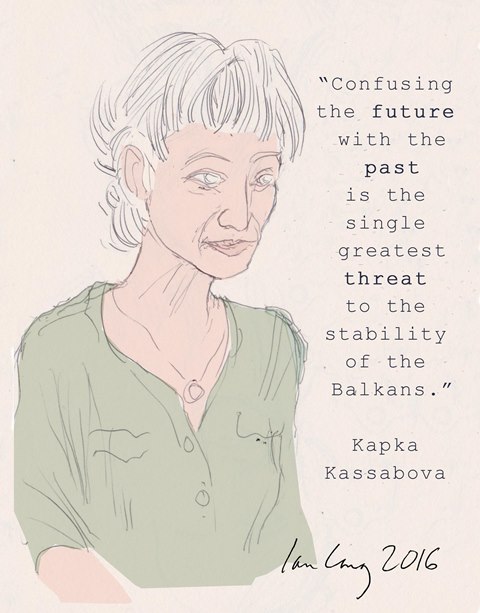 In a session chaired by poet and editor Fiona Sampson, Ioana Parvulescu and Alek Popov spoke on the theme of Authors as Cultural Ambassadors: How does the history and mythology of the homeland influence the stories we tell today? 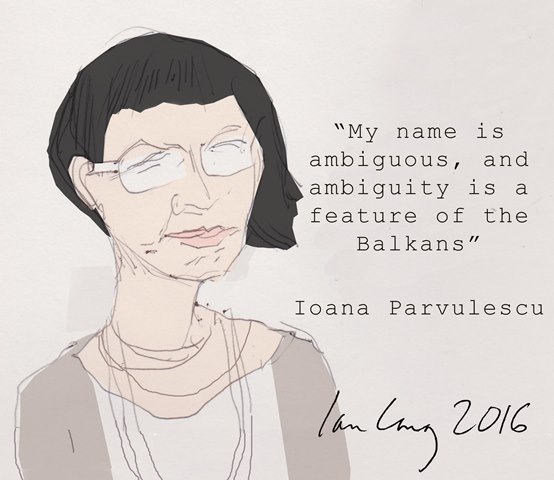 A panel of translators - John Hodgson, Christopher Buxton, Stephen Watts and Mevlut Ceylan, with Christina Pribichevich Zoric in the chair - reflected on the question ‘Should translators of ‘small languages’ aim to be invisible or consider themselves a second author?’ in a session entitled Bringing the Balkans Westward. 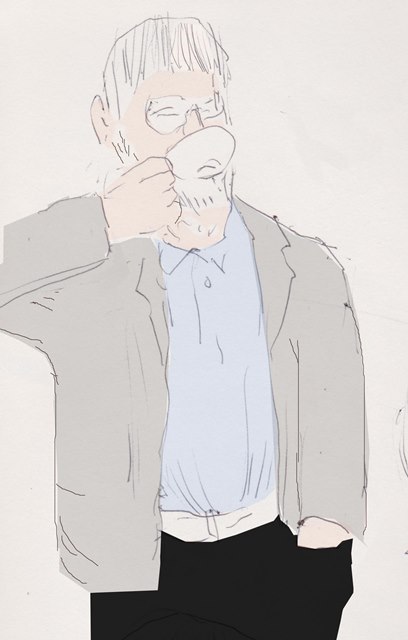 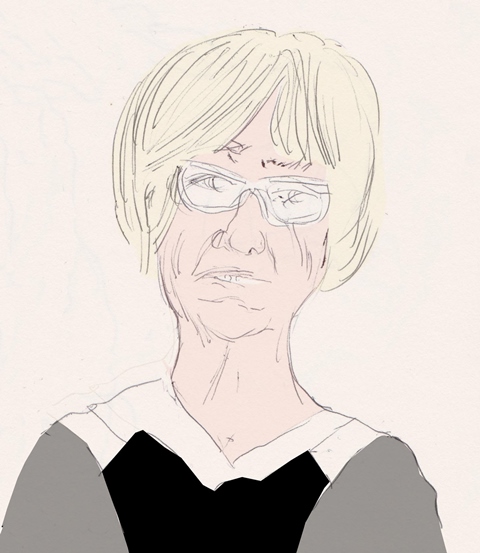 The event ended with a screening of the film Balkan Spirit, followed by a discussion with its director Hermann Vaske.

Ian Long is a writer and graphic artist. He is keen to take drawing out into the world and see what it can do, in the widest possible variety of situations.