2016 marks the 500th anniversary of the publication of Thomas More’s Utopia, a book which gave a new word to the English language. But it was not until 35 years after that first publication that an English-language edition of the book actually appeared, also the first edition to be published in England. The early printing and publishing (and linguistic) history of Utopia is very much a continental one. 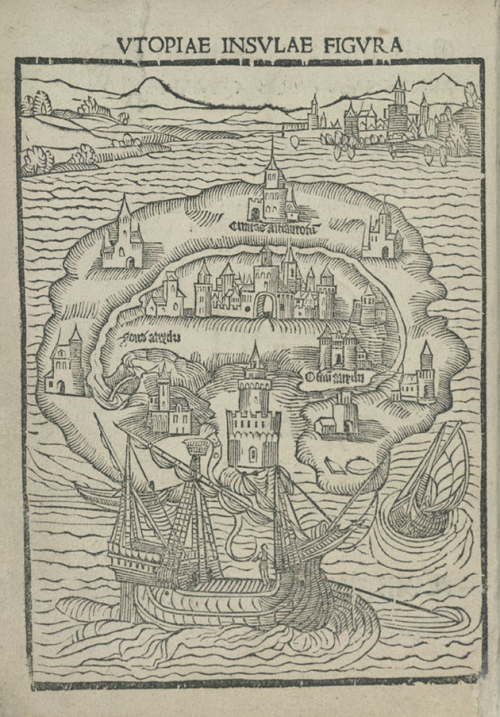 More started writing Utopia in 1515 while in Antwerp as part of a diplomatic mission to Flanders to negotiate commercial treaties. When the negotiations stalled, he used his time there to renew his acquaintance with the Dutch humanist Erasmus and make contact with other scholars in his circle, including Pieter Gillis, who appears as a character in Utopia and to whom the book is dedicated. The work grew in part from their discussions, and More wrote it not in English but in Latin, the international language of scholarship. After finishing the manuscript back in London, he sent it to Erasmus, asking him to find a printer. Erasmus sent it to Dirk Martens, then working in Louvain, who printed the first edition. 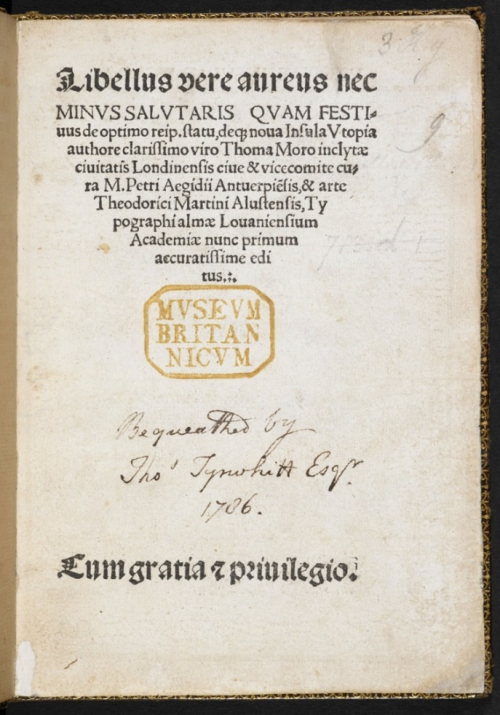 Title page of the first edition of Utopia, with the Louvain imprint and Martens’ Latinised name (‘Theodoricus Martinus’). 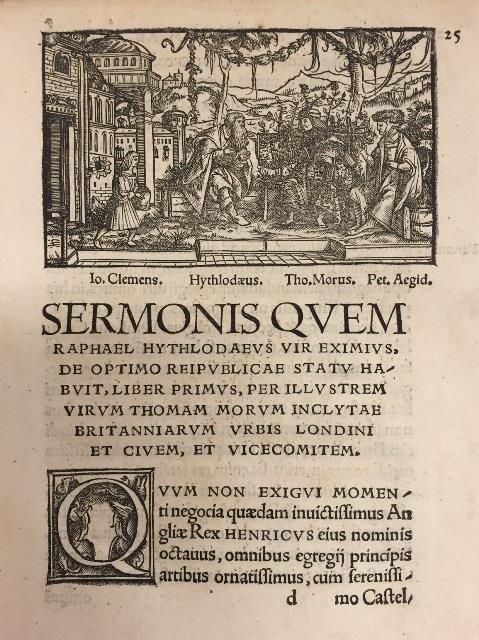 Johannes Froben’s March 1518 printing of Utopia, with woodcuts by Ambrosius Holbein (G.2398.(1.)). The image here shows More and Pieter Gillis (‘Petrus Aegidius’) with the fictional Raphael Hythlodaeus who describes the Island of Utopia

The first vernacular edition of Utopia was in German, printed again in Basel, by Johann Bebel, in 1524. After this the work apparently went out of fashion for over two decades, with no new editions in any language appearing until an Italian translation was printed in Venice in 1548. In the same year the first Latin edition since 1519 appeared in Louvain (522.b.22). 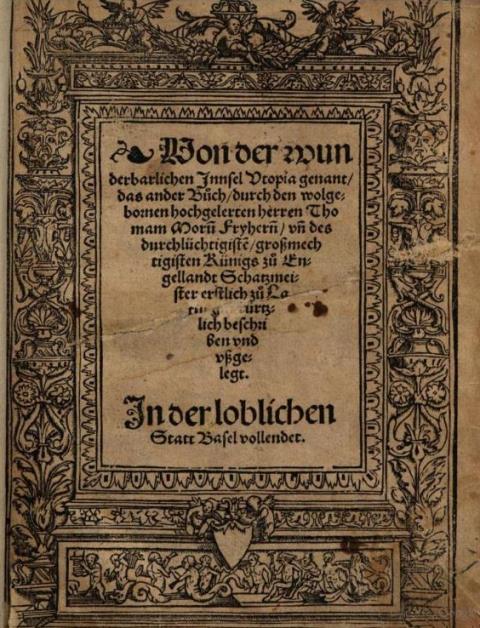 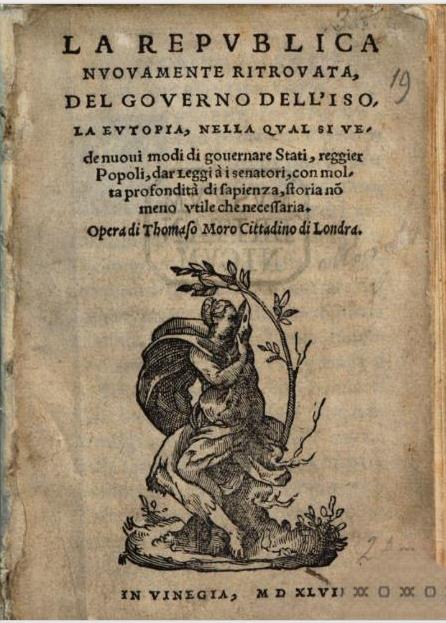 Interest in More’s work was clearly growing again: in 1550 a French translation appeared from the press of Charles L’Anglier in Paris, and in 1551 Utopia at last appeared its author’s native land and language, in an English translation by Ralph Robinson published by Abraham Vele. These translations and other early editions of Utopia can all be seen in the current display ‘Visions of Utopia’ in the Sir John Ritblat Treasures of the British Library Gallery.

The early printing history of Utopia reminds us that an international book trade is nothing new (and of course that English printing goes back to William Caxton’s first partnerships in Flanders: the first book printed in the English language came out of Bruges). It is also a reminder that international networks of scholars and writers were as alive and fruitful in the 16th century as they are today.