On 26 July 1887 the censor’s office in Warsaw approved the publication of a booklet with the title Mezhdunarodnyi iazyk. Predislovie i polnyi uchebnik, translated into English in 1888 as Dr. Esperanto’s International Tongue. Preface and Complete Method (British Library 12902.aa.55.(1.)). Since then Esperanto speakers throughout the world have celebrated 26 July as Esperanto Day. The slogan on this year’s posters is Fair Communication. The marriage between Esperanto and Fair Communication has now lasted for over a century. 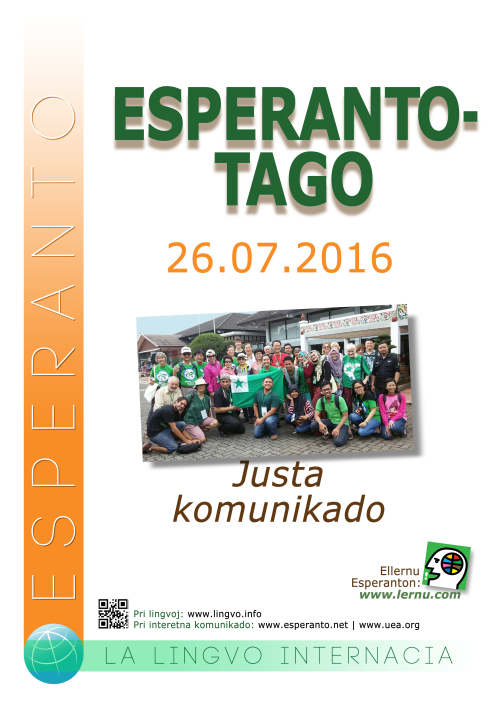 Many people over the centuries have attempted to create their own language, but their reasons for doing so have not always been the same. In the Middle Ages the motive was religious. The 11th-century abbess Hildegard of Bingen invented her Ignota Lingua to speak with the angels. After the Renaissance, the motive was more likely to be philosophical. A typical example was the language created by Francis Lodwick. In 1652 he published his work The Ground-Work, Or Foundation Laid, (or so intended) For the Framing of a New Perfect Language: And an Vniversall or Common Writing. And presented to the consideration of the Learned. 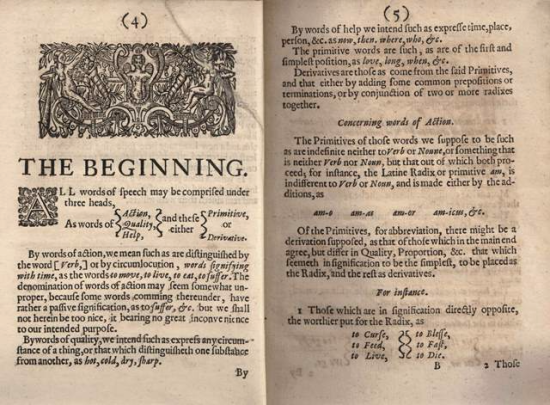 At the time of the French Revolution the emphasis was more on languages with a practical application, and that tendency increased during the 19th century, when inventions such as the steam train and the telegraph led to an explosion in fast travel and new ways of communicating. To all this Ludwik Lejzer Zamenhof, the author of the 1887 booklet, added a social dimension. As a Jew he had experienced ethnic struggles and violence in his native city of Białystok: pogroms by Russians against the Jews, rebellions by Poles against the Russians, nationalistic self-assertion by the Germans and so forth. What a wonderful thing it would be, thought the teenage Zamenhof, if all men could be brothers and stop killing one another! A naïve hope of course, but if you were living now in Syria or Congo, probably that would be your greatest desire as well.

At all events, the ideals of the brotherhood of peoples and a just form of communication survived throughout the last century and are still relevant today. Naturally these ideals have been promoted by Esperanto speakers, but also by others. Let’s take a look at several books published in recent years.

In 1996 Esperanto speakers in collaboration with other organizations inaugurated a series of symposia named after  Inazo Nitobe, one of the Under-Secretaries General of the League of Nations in the 1920s, who proposed that the use of Esperanto should be debated in the General Assembly. His proposal was vetoed by France, who at that time considered itself to be the keeper of the world’s international language. The Nitobe Symposia are outstanding occasions for a meeting between linguists, communications experts, and high-ranking politicians, who have various approaches to the language problem in international organizations and in international life in general. Participants in the first symposia (Prague, 1996), included linguists and translators alongside representatives of the EU, UNESCO and the UN. The proceedings were published under the title: Towards linguistic democracy: proceedings of the Nitobe Symposium of International Organizations, ed. Mark Fettes and Suzanne Bolduc (Rotterdam, 1998; YF.2006.a.31177). The main topic in all contributions was linguistic democracy, not only between nations but also within nations. At that time the struggle of national minorities was a very pressing issue. 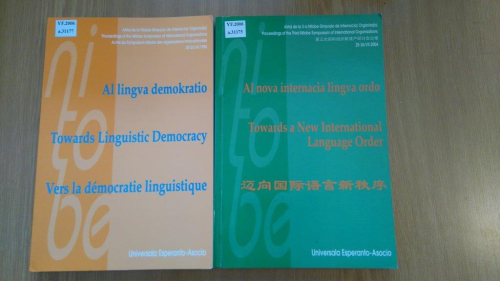 Proceedings of the Nitobe Symposia in British Library's Collections

The same topics came up again in the following symposia. For example, the third symposium was entitled: Towards a new international language order (proceedings, edited by Lee Chong-Yeong and Liu Haitao, published Rotterdam, 2004; YF.2006.a.31175). Since the symposium was held in Beijing, and since the Chinese participants tended to emphasise China’s new role as a major power, speakers at the seminar were more interested in international relations rather than linguistic democracy within countries.

An important contributor to these seminars was Robert Phillipson, joint winner of the Linguapax Prize in 2010, and well known as an advocate for linguistic democracy. His book Linguistic Imperialism (Oxford, 1992; 93/06193) received numerous undeserved criticisms from defenders of the status quo. His second book English-Only Europe? Challenging Language Policy (London, 2003; YC.2007.a.282) was translated into Esperanto with the title Ĉu nur-angla Eŭropo? Defio al lingva politiko (Rotterdam, 2004; YF.2006.a.29602; photo below). For years his arguments have been debated in Europe, but his observations have made little headway among European politicians, who prefer to listen to his opponent Philippe Van Parijs. In his book Linguistic Justice for Europe and for the World, (Oxford, 2011; YC.2012.a.10920), Van Parijs prefers to support the use of English at the international level with a tax for those who profit from its use. Van Parijs has been another participant at the Nitobe symposia. 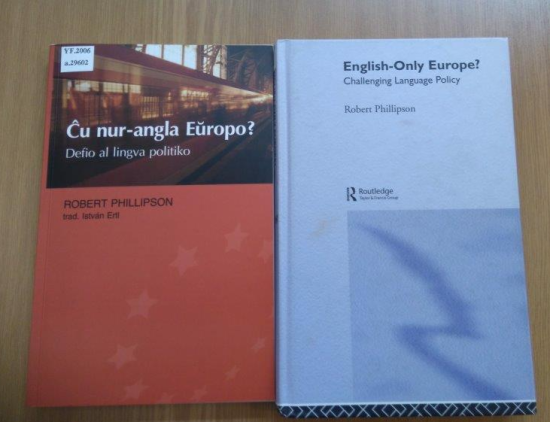 The French and Italians have also added their voices to the debate. One of these has been the famous French linguist Claude Hagège, recipient of a number of awards and other honours. He defends the French language in the name of linguistic and cultural diversity, for instance in his book Combat pour le français: au nom de la diversité des langues et des cultures (Paris, 2006; YF.2009.a.32989), where he also defends Esperanto as ‘one of the best allies of plurilingualism’. He repeats this assertion in his interview with Esperanto speaker François Lo Jacomo: Esperanto kaj lingva diverseco: intervjuo kun Claude Hagège (Rotterdam, 2006; YF.2008.a.6597). 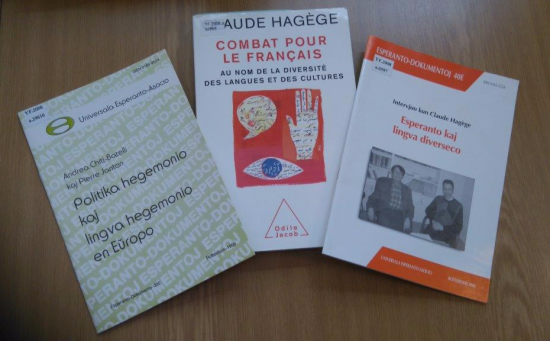 Books from the British Library's Collections

Italians such as Andrea Chiti Batelli, for many years an important functionary at the European Parliament, have taken the lead in the struggle to restore the standing of the traditional Greek-Latin-Romance culture within Europe. He wrote the booklet Politika hegemonio kaj lingva hegemonio en Eŭropo (Rotterdam, 1995; YF.2006.a.29616) together with Pierre Janton.

For Esperanto speakers, 26 July is the occasion for reflecting on these events.

Renato Corsetti (Professor Emeritus of Psycholinguistics at La Sapienza University in Rome, former president of the World Esperanto Association, General Secretary of the Academy of Esperanto.)