2016 marks the 155th anniversary of the death of the outstanding Ukrainian writer and artist Taras Shevchenko. The writer’s works published during his life became rare even by the middle of the 19th century, which led to the reproduction of Shevchenko’s original editions as photographic reprints. 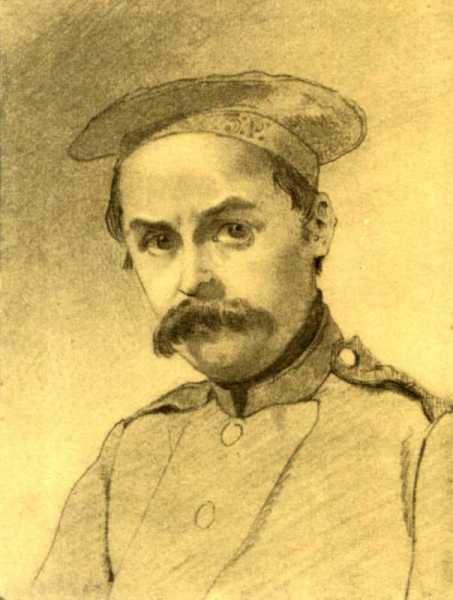 One of the main sources for the study of Shevchenko’s life and artistic heritage are his manuscript books. Almost all of them, the manuscript series Try lita (‘Three years’), Mala knyzhka (‘The Small Book’), Bil'sha knyzhka (‘The Larger Book’), Shchodennyk (’The Diary’), novels, autograph copies of some poems, letters, and albums, are now kept in the Department of Manuscripts and Textual Criticism of the Shevchenko Institute of Literature of the National Academy of Science of Ukraine. This material is completely inaccessible for a wide audience. That is why the photographic reproductions of the original material have such enormous importance, allowing many people to study Shevchenko's writings, his editorial work, sketches in the margins of his manuscripts, and so on.

In 1963 for the 150th anniversary of Shevchenko’s birth there was published a facsimile of his ‘Small Book’ (the so-called ‘top-boot booklet’) – a manuscript collection of his poems written during the first four years of his exile (1847-1850). Later editions followed in 1984 and 1989, issued by the publishing house Naukova Dumka  in an edition of 50,000 copies. Their introduction was written by the well-known Ukrainian philologist, literary historian, and director of the Shevchenko Institute of Literature Evhen Shabliovs'kyi. The excellent artistic design of these editions was created by the artist Volodymyr Yurchyshyn. The book and the separate introduction to it appeared in a slip-case decorated by red and black floral ornaments and thorns characteristic of his works. 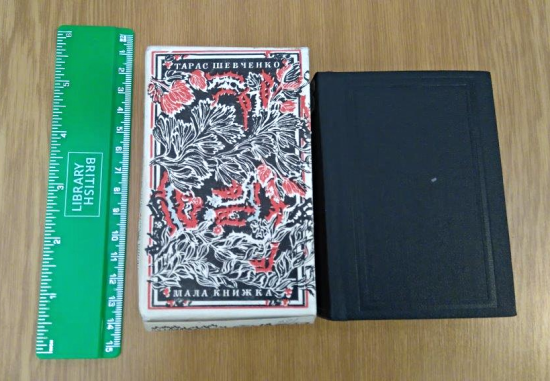 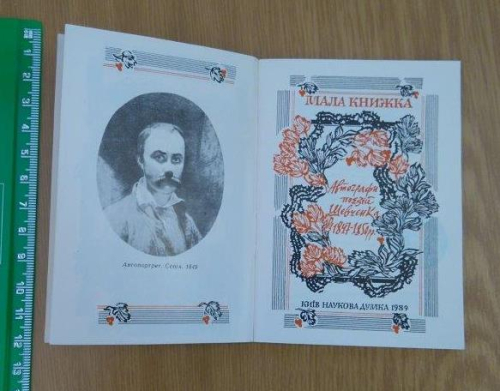 The original edition of Kobzar (1840) from the collection of the Shevchenko Institute of Literature of the National Academy of Science of Ukraine was used for the 1974 reprint by the Dnipro publishing house. This book was published in an edition of 25,000 copies. The introduction was written by Vasyl' Borodin. The facsimile and the separate booklet containing the introduction in a slip-case (picture below) were also designed by Yurchyshyn, with black, red and white lace-like patterns created by lines, dots and ornaments. The artist used other colours as well in a delicate graphic style. 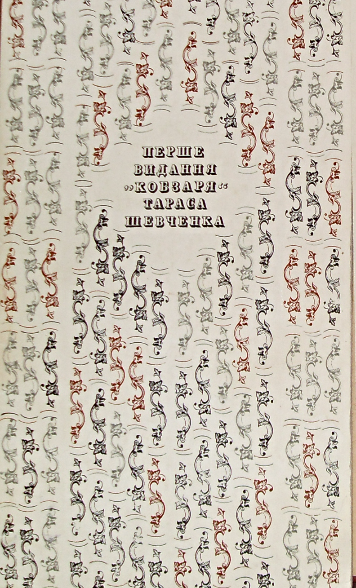 Volodymyr Yurchyshyn (1934-2010) was an eminent Ukrainian graphic artist, creator of scripts, master of book design, Honoured Artist of Ukraine (1990), winner of the Shevchenko National Prize (1990) for the artistic design of The Primary Chronicle (1989). 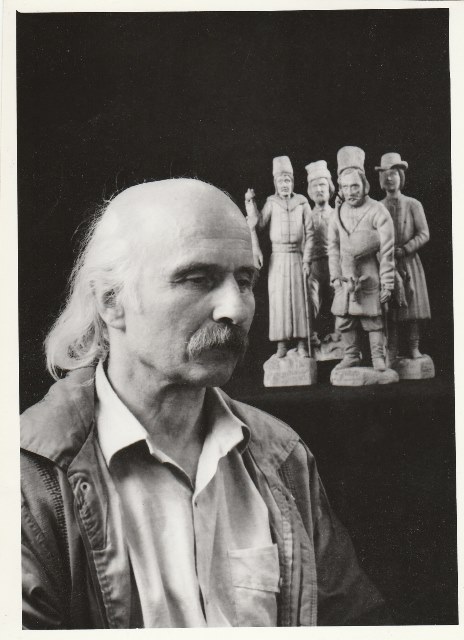 Photo of Volodymyr Yurchyshyn by H. Potiahailo (From the Yurchyshyn family archive.  Reproduced with kind permission of the family).

A deep knowledge of Ukraine’s past and of folk art, a mastery of graphic techniques, the skilful creation of fonts and ornaments – these are the qualities of Yurchyshyn’s heritage which add his name to the the greatest followers of Heorhii Narbut, Vasyl Krychevsky, and Olena Kulchytska.  These famous predecessors of Yurchyshyn created a new Ukrainian style of art in the first half of the 20th century; Yurchyshyn himself, whose artistic activity covered the period 1960-2010s, created contemporary Ukrainian book design.

Yurchyshyn always worked with the book as a unit, creating not separate elements, but a harmoniously unified design of the whole book. The elements of the book (slip-case, dust-jacket, cover, title-page, section-titles etc.) and its design (type, ornaments and illustrations) are always skilfully unified in his work into one complete artistic object – the book.

The largest collection of the artist's works and documents in Ukraine is now preserved in the Museum of the Book and Printing of Ukraine  in Kyiv. In 2015 the Museum organized an exhibition entitled ‘Volodymyr Yurchyshyn. Book Art. Selected Works’ to mark the 80th anniversary of the artist’s birth. The exhibition, accompanied by a catalogue in Ukrainian and English, was the first comprehensive presentation of the heritage of this master.  Among many other original works by Yurchyshyn included in the exhibition was the sketch for the slipcase for Shevchenko’s Mala knyzhka: Avtohrafy poezii Shevchenka 1847–1850 rr. (Кyiv, 1984 (paper, indian ink, gouache, quill pen, brush. Drawing. – 40×48,7сm.). The Museum collection also includes the facsimile of Shevchenko’s Kobzar (1840), published in 1974. 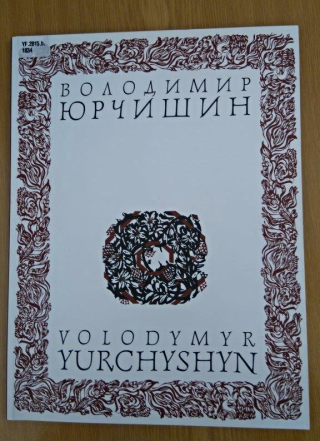 These facsimile editions give us the chance to study some of the manuscripts and the artistic heritage of Shevchenko, revealing to us the hidden secrets of his creations, and Yurchyshyn’s masterly artistic designs bring to these editions the true aesthetics of the Book.

Nataliia Globa, Leading Research Assistant of the Museum of the Book and Printing of Ukraine.