From Darwinian epic to Christian martyrology: the mystical art of Odilon Redon (1840-1916)

For an artist to attract the attention of a contemporary novelist may not always be an advantage. When, for example, Paul Cézanne opened his friend Emile Zola’s new novel L’Oeuvre and found himself portrayed as the unsuccessful painter Claude Lantier, he politely returned the package to its author and never spoke to him again. 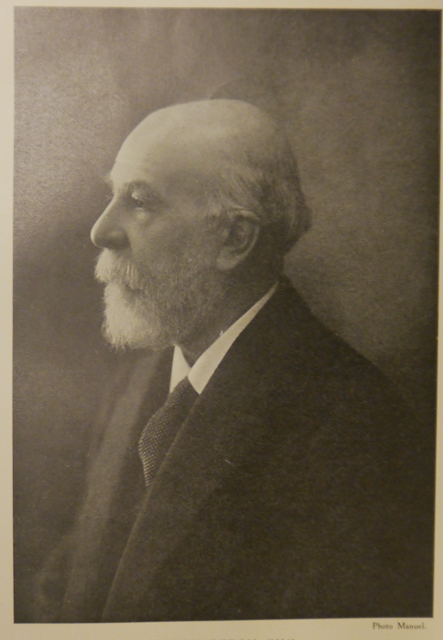 Odilon Redon was more fortunate. In a sense, he began his artistic career as a failure; despite the early promise which he showed in drawing, his father decreed that he should train as an architect at the École des Beaux-Arts in Paris. He showed little enthusiasm for this and, having failed the entrance examination, turned to sculpture, lithography and etching until, in the summer of 1870, he joined up on the outbreak of the Franco-Prussian War. As with Goya, the horrors which he witnessed made a lasting impact on his work, and over the next few years he produced a series of visionary charcoal drawings and lithographs in unrelieved black, which he described as his noirs. Not surprisingly, he was slow to win critical acclaim, and might have remained as obscure as his works until, in 1884, a novel appeared which brought them to a wider public. 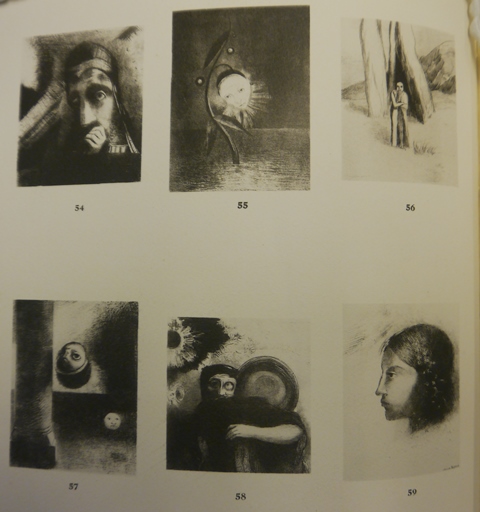 In Joris-Karl Huysmans’s À rebours, the decadent aristocrat Duc Jean Floressas des Esseintes possesses a collection of Redon’s works, ‘covering nearly every panel in the vestibule’, framed in unpainted pearwood rimmed with gold and featuring ‘the most fantastic of visions…studies of bleak and arid landscapes…creating a new type of fantasy, born of sickness and delirium’. In the midst of these horrors, suggesting the ‘terrifying or hallucinating effects’ of Edgar Allan Poe, there hangs an image of Melancholy before which he meditates for hours to dissipate his gloom as he admires the contrast between its ‘liquid green and pale gold’ and ‘the unbroken black of all these charcoal drawings and etchings’ (translation by Robert Baldick; Harmondsworth, 1959; W.P.513/86a).

The grotesque figures with their wild eyes and distorted bodies recall the ‘feverish nights and frightful nightmares’ which he had experienced during a childhood attack of typhoid fever, and would be readily identifiable to anyone who had seen Redon’s noirs. The spread of his reputation in literary circles as a result of Huysmans’s novel led to commissions and collaborations with other authors, including the Belgian Symbolist poet Iwan Gilkin. The British Library possesses a copy of the limited first edition of La Damnation de l’artiste, with a frontispiece featuring just such a skeletal creature, and also one of his Ténèbres, also published in a limited edition of 150 copies. Here, the frontispiece shows a mysterious winged being carrying a vessel in her hands; despite her beauty, the leathery bat-like nature of her wings has a devilish rather than an angelic quality. 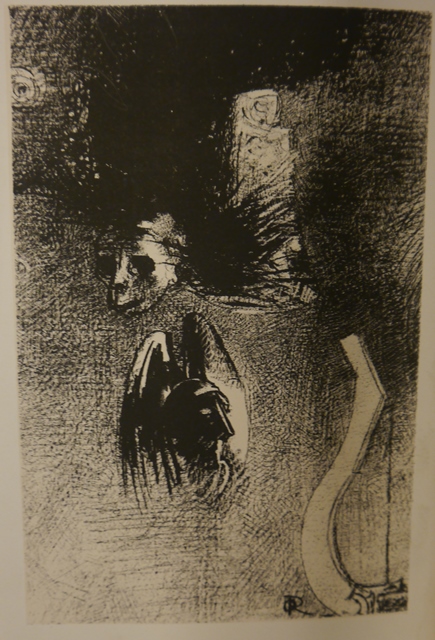 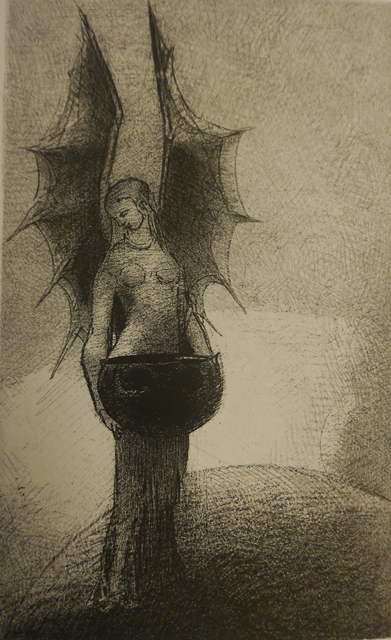 Redon also provided seven illustrations for Edmond Picard’s monodrama Le juré and an equally sinister frontispiece for André Mellerio’s study Le Mouvement idéaliste en peinture, which contains a section on Redon himself as well as others on Gauguin, Vuillard, Toulouse-Lautrec and lesser-known figures such as Louis Anquetin and Paul Sérusier. Mellerio was an author and art critic who became a close friend of Redon after their meeting in 1889, as well as an advocate of Symbolism, and wrote a biography of him as well as the preface to the catalogue to an exhibition of his work in 1894 at the Galeries Durand-Ruel. 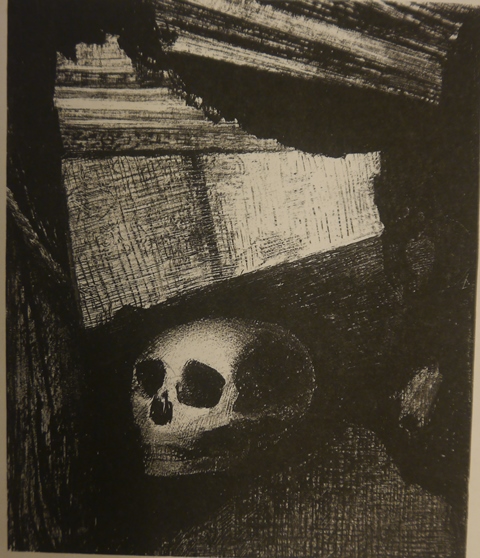 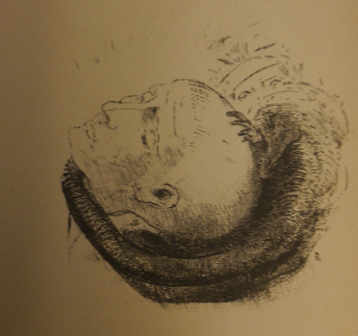 As he moved towards pastels and oils, abandoning noirs at the turn of the century, Redon’s interest in Hinduism and Buddhism and his absorption of Japanese influences eased his transition to abstract painting and led to growing acclaim and popularity, including the Légion d’Honneur (1903) and commissions from Baron Robert de Domecy for portraits of his wife and daughter and 17 panels for the family’s Château de Domecy-sur-Vault  in Burgundy. By the time of the artist’s death in 1916 his international reputation was secure, as was proved by the New York Armory Show of 1913, where he was accorded the largest single representation. 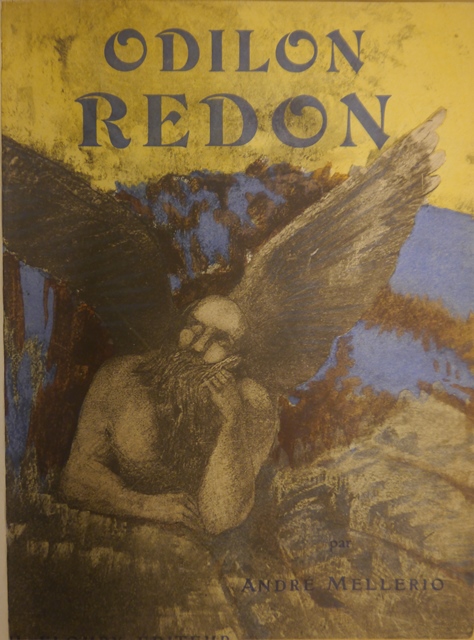 Mellerio’s final tribute to his friend was Odilon Redon: peintre dessinateur et graveur, a masterly survey of his entire work which pays special tribute to his revival of the technique of lithography at a time when it had fallen into a state of stagnation, and notes the psychological complexity which he achieves through the interplay of black and white, arrangements of lines and the play of light. Suffering and sublimity, the uncanny and the luminous, all blended to create what Mellerio termed the ‘suggestive art’ of a man who, at the start of his career, described himself as a ‘peintre symphoniste’, subtly exploring the deepest layers of the subconscious. It is tempting to see, in his darkest visions of the human condition, a presentiment of the carnage which was unleashed just a few days before his death on 6 July 1916.