Shakespeare’s role in the development of Esperanto

In the summer of 1887, Lazar Ludwik Zamenhof published a 40-page brochure in Russian entitled Mezhdunarodnyi iazyk: predislovie i polnyi uchebnik  (‘International Language.  Foreword and Complete Textbook’), under the pseudonym  Dr. Esperanto, meaning “One Who Hopes” in his new language. Soon “Dr. Esperanto’s language” became known simply as “Esperanto”. This obscure, self-published booklet by an unknown author achieved a remarkable success in a surprisingly short period of time.  Over the next three years it was translated into Polish, French, German, Hebrew, English, Swedish and Yiddish, and very quickly Zamenhof began to receive letters from enthusiasts written in the new language. In 1888 he published a second book with further discussion of his language project and a number of short reading passages. 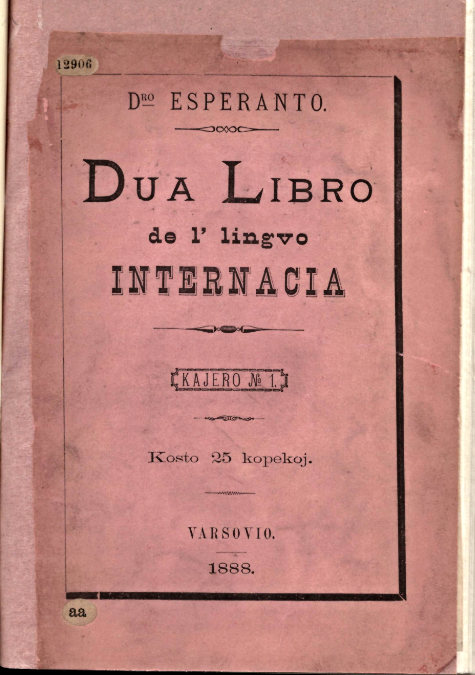 Literary translations, as well as original poetry, played an important role in Esperanto from the start. What better way for the author to test the limits of his new language, and to develop it where it was found lacking? But in addition, Zamenhof wanted to prove that Esperanto was not merely a convenient tool for business and tourism, but a complete language capable of translating the most exalted masterpieces of world literature. In his first two booklets he concentrated on short and relatively simple texts: the Lord’s Prayer, a passage from Genesis, proverbs, a fairy tale by Hans Andersen, a short poem by Heine.

In the literary traditions that Zamenhof knew best – Russian and German – Shakespeare was a dominating presence. His works were admired by Pushkin and Turgenev, Goethe and Schiller, and in 1875-77 three volumes of Shakespeare’s complete plays appeared in Polish translation, edited by Józef Ignacy Kraszewski . Zamenhof may also have seen Polish performances of Hamlet in Warsaw, where he lived as a student and later as a struggling ophthalmologist. 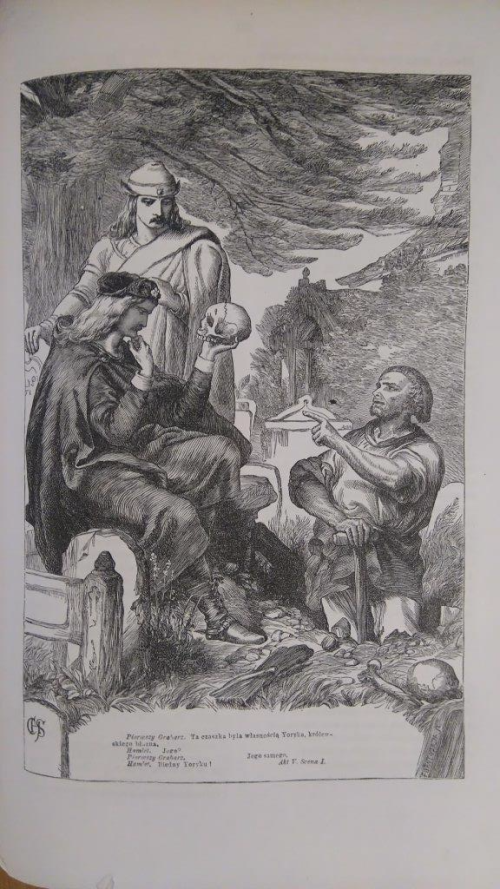 Humphrey Tonkin, in his essay “Hamlet in Esperanto” (2006) points out that: “Shakespeare and Shakespeare translation played a special part in the national revivals of the late eighteenth and nineteenth centuries: for several languages of central Europe, translations of his plays marked their emergence as fully credentialed literary languages – Macbeth in Czech (1786), Hamlet in Hungarian (1790), for example.” Under these circumstances, it was inevitable that Zamenhof should feel his new language could not be considered fully mature until it had shown itself capable of translating the complex language of Shakespeare. Hamleto, reĝido de Danujo  came out only seven years after the publication of Zamenhof’s first brochure – no longer at his own expense, but as No. 71 in the series “Biblioteko de la lingvo internacia Esperanto”, printed by W. Tümmel in Nuremberg. The second edition, in 1902, was brought out by the prestigious French publishing house Hachette. 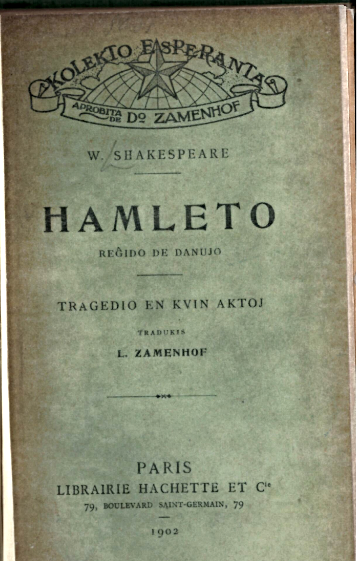 “As early as 1894, Zamenhof published a complete translation of Hamlet,” writes the Esperanto poet William Auld  in the journal Monda Kulturo. “It was his first extensive literary translation and among other things it served to prove incontestably the elasticity and power of expression of this merely seven-year-old language. It rooted the iambic pentameter firmly in Esperanto, and established criteria allowing us to measure and assess the success and poetic qualities of all subsequent translations.”

In her biography Zamenhof, creator of Esperanto (London, 1960; 10667.m.13.), Marjorie Boulton  points out that Esperanto was already sufficiently developed to rise to the challenge of translating Shakespeare’s work without the need to coin a significant amount of new vocabulary for the purpose. Zamenhof’s Hamlet according to Boulton is “perhaps competent rather than brilliant, but it is a good translation – readable, speakable, actable, generally a fair rendering of the original.” Seventy years later, L. N. M. Newell (1902-1968) made a new translation of the play. His Hamleto, princo de Danujo, published in 1964, is more faithful to the original, but less successful at reproducing the spirit of the work. As Tonkin says in his essay, “Newell is for reading, Zamenhof is for acting.” 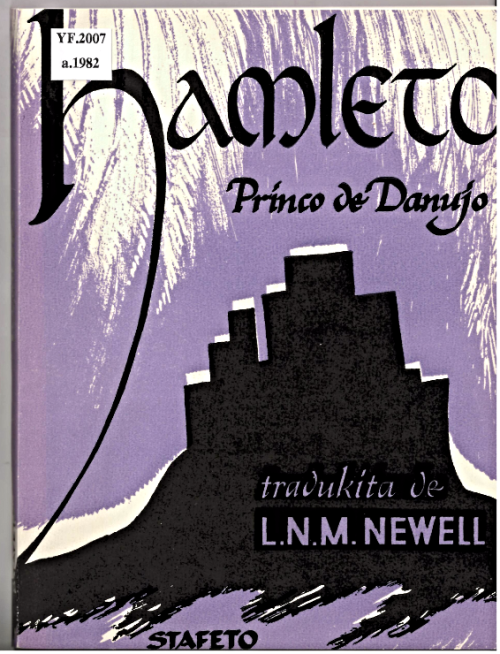 Zamenhof’s translation of Hamlet  was only the first of many translations which were to follow. 21 out of Shakespeare’s 38 plays have been translated into Esperanto over the decades, some of them more than once, while his complete Sonnets were translated by William Auld, one of Esperanto’s most outstanding original poets, besides being a prolific translator, essayist, and candidate for the Nobel Prize in Literature. 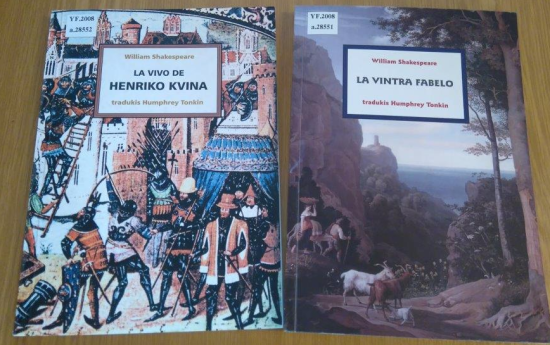 Translations by Humphrey Tonkin from the British Library’s collections

Anna Lowenstein, writer and journalist, author of the historical novel The Stone City,  a member of the Academy of Esperanto