“To beguile the time, look like the time. Bear welcome in your eye, your hand, your tongue…” (Macbeth, Act 1, Scene 5)

The British Library’s collections contain a remarkable Shakespeare item from the Soviet Caucasus: the record of an Azerbaijani production of Macbeth in 1936. It consists of black-and-white photographs of the production, by the Baku State Theatre, directed by Alexander Tuganov and with impressive sets and costumes by Mikhail Tikhomirov. Articles about the production and a copy of the programme are bound in the same volume. Two of the photographs are displayed in the Library’s current exhibition “Shakespeare in Ten Acts”. Very little is known about the director or the performance itself. Soviet theatre created many memorable productions, including of Shakespeare’s plays, but the Baku theatre production – no matter how professional – was not one of them. Nonetheless it does have a particular significance, being staged in 1936, a time of terror in the Soviet Union when artists, poets, and musicians were sent into exile or even murdered as enemies of the Party and people.

Shakespeare was extremely popular in the Soviet Union and the most highly regarded foreign dramatist. He was rendered acceptable on the Soviet stage by Marx and Engels, who had great esteem for and a solid knowledge of the Elizabethan dramatist and his works. The theatre was always recognised as a political weapon by Soviet leaders. Having insisted on Shakespeare’s role as a proto-revolutionary writer and appropriated his works as evidence of the inevitability of the October Revolution, Soviet ideologists had by the 1930s fully re-launched Shakespeare and his legacy. 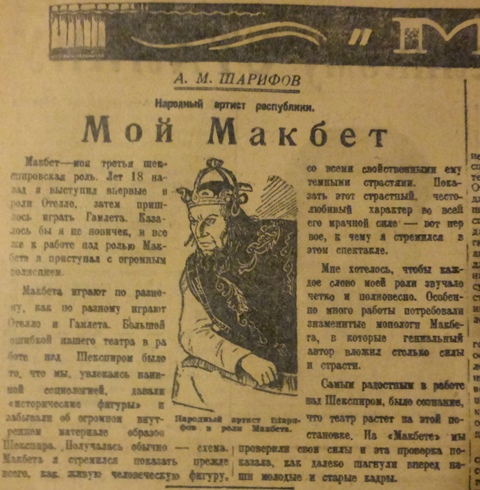 Article about Macbeth by A.M. Sharifov, who played the role in Tuganov’s production

The republics of the Caucasus – Georgia, Azerbaijan and Armenia – each had a separate history of Shakespearean productions and scholarship, but in the Soviet period there was an intensive effort to create a new Soviet culture. The Baku National Theatre had 30 years of experience performing Shakespeare, having performed Othello, Hamlet, The Taming of the Shrew and King Lear. These productions attempted to be creative and innovative. However, the 1936 production of Macbeth was different, as the principal aim was to be realistic. The articles in our volume show that the production team studied the text and the historical background of Macbeth in depth. Both Soviet historicism and Soviet realism were key ideological requirements in art. 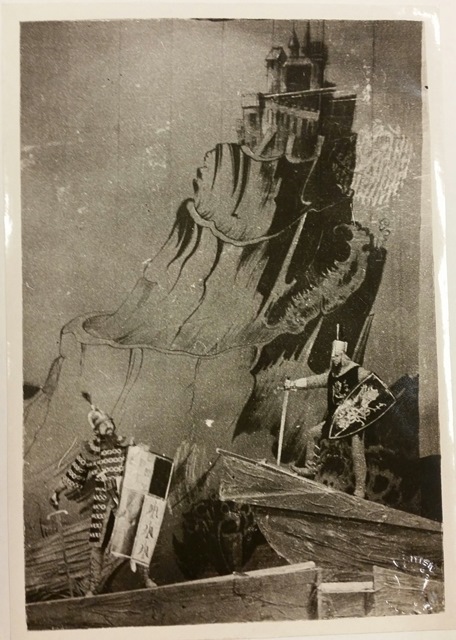 Images from Tuganov’s production of Macbeth 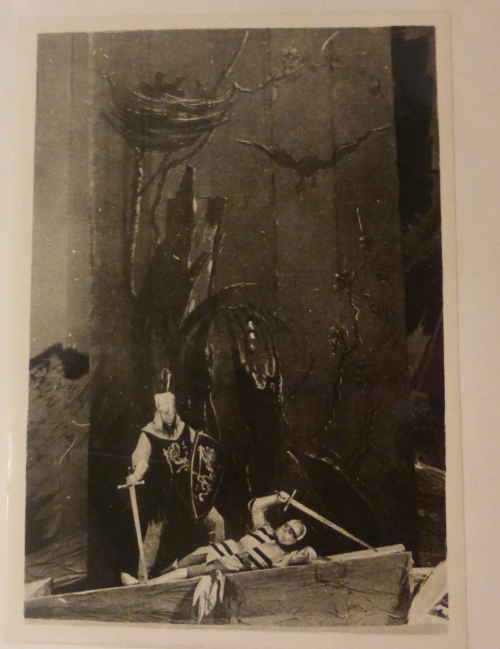 The articles consist of accounts of the performance by the actors, directors and journalists. Personal experiences are described as far as ideological pressures allowed. It appears that they all were seeking ways of bringing their production close to a safe political standpoint and tuned carefully into the latest news spread by the Party press. 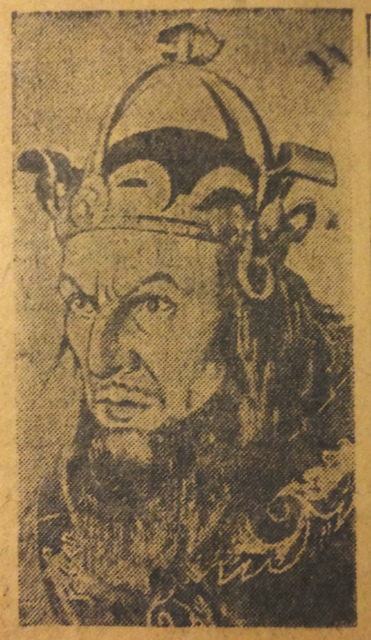 Sharifov in the title role of Macbeth

In his article “For genuine Shakespeare”, Tuganov discusses realistic interpretations of Shakespeare and the importance of the text and translation. A new translation was used for the 1936 production. As a result the Baku State Theatre’s Macbeth was well received. Tuganov was made a People’s Artist of Azerbaijan, the highest honour in the Soviet Union for outstanding achievement in the theatre. However, these things were not permanent and circumstances could change, as in the case of Shostakovich and his opera Lady Macbeth of the Mtsensk District. At its 1934 premiere it was immediately successful at both popular and official levels. It was described as “the result of the general success of Socialist construction, of the correct policy of the Party”, and as an opera that “could have been written only by a Soviet composer brought up in the best tradition of Soviet culture”. A few months later an article in Pravda, “Muddle Instead of Music”, condemned it as “formalist, coarse, primitive and vulgar".

Artists had to skilfully create works that could co-exist with the Communist Party’s ideology and yet be regarded as aesthetically creative. They were not judged solely on their artistic achievements, but rather on how well those achievements matched the Party’s agenda of the day. Works of art were banned, while their creators were exiled or murdered if the Party, or Stalin personally, objected to them:

Life’s but a walking shadow, a poor player
That struts and frets his hour upon the stage,
And then is heard no more… (Macbeth, Act 5, Scene 5)