The 1919-1921 Ukrainian Diplomatic Mission in London

24 August 2016 marks the 25th anniversary of the day when the Verkhovna Rada (Parliament) of the then Ukrainian Soviet Socialist Republic (SSR) declared Ukraine’s independence and the creation of today’s sovereign state of Ukraine. This decision was endorsed in a referendum held in Ukraine on 1 December 1991. The United Kingdom officially recognised Ukraine at the end of the year, and on 10 January 1992 diplomatic relations between Ukraine and the UK were formally established. Later in the year the Ukrainian Embassy in London began to function. This was not, however, the first time that diplomatic representatives of an independent Ukrainian state were based in London.

In the years 1919-1921 there was a semi-official diplomatic mission in London representing the government of the Ukrainska Narodna Respublika, or UNR (variously translated as Ukrainian People’s Republic or Ukrainian National Republic), established in the revolutionary period after the fall of the Russian Empire. A law providing for the dispatch of a ten-member mission to England was passed on 23 January 1919. Part of the text of this law is shown in the following image from a collection of laws and resolutions concerning Ukrainian government institutions abroad, published unofficially in 1919 in Vienna. 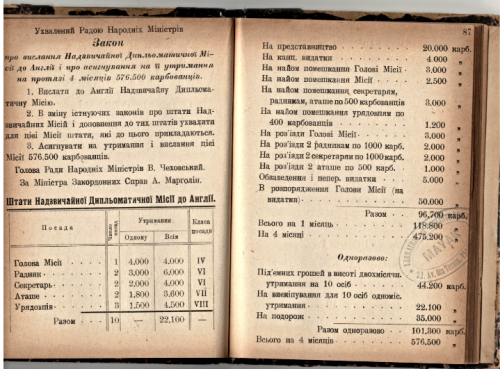 The mission was not officially recognised by the British government and initially had difficulties in obtaining clearance to enter the UK. It finally arrived in London, via Vienna, Stockholm and Copenhagen, in May 1919. The first head of the mission was Mykola Stakhovsky, a practising doctor and, from May 1917, administrator of the Podillia region of Ukraine. In September 1919 he resigned owing to ill health. To succeed him the UNR government appointed Arnold Margolin, a prominent Ukrainian-Jewish political leader who was the UNR government’s deputy minister of foreign affairs from January to March 1919. Margolin headed the London mission from November 1919 until his resignation in August 1920. His successor was Jaroslav Olesnitsky, a lawyer from Western Ukraine, who was already on the staff of the mission. 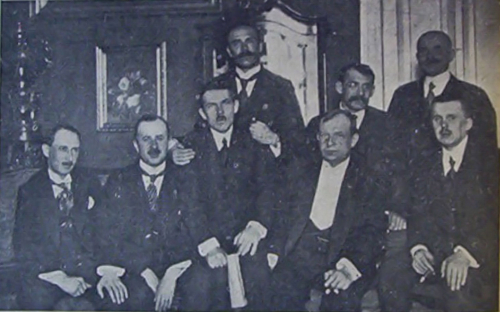 The mission’s two main tasks were to urge the British government to recognise the Ukrainian republic and to provide information on the state of affairs in Ukraine. The mission also appealed for moral support for Ukraine in its struggle against Soviet forces, and sought to establish commercial relations between Ukraine and the UK.

Shortly after arriving in London, the mission established a Ukrainian Press Bureau which published a weekly bulletin entitled The Ukraine. This covered topics such as events in Ukraine, activities of the UNR government and its delegation at the 1919-1920 Paris Peace Conference, and opportunities for trade with Ukraine. 35 issues in total were published, between July 1919 and February 1920, before it was discontinued, probably owing to a lack of funds. A complete set of The Ukraine is held by the British Library (LOU.LON 628 [1919] and LOU.LON 580 [1920]). 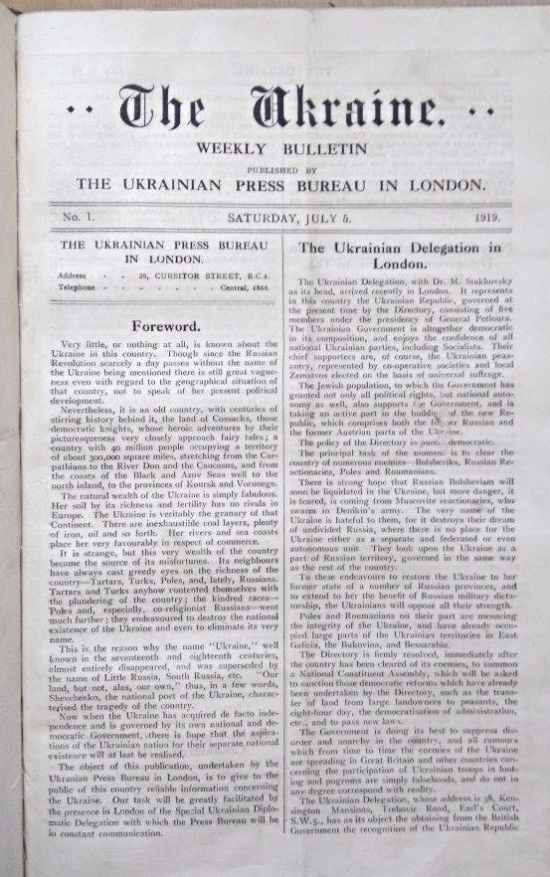 The British Library also holds a copy of a 64-page booklet, published by the mission, entitled Ukrainian Problems. A Collection of Notes and Memoirs Etc. This contains the texts of various letters and memoranda addressed to British officials between March 1919 (when the mission was still seeking permission to enter the UK) and September of that year. 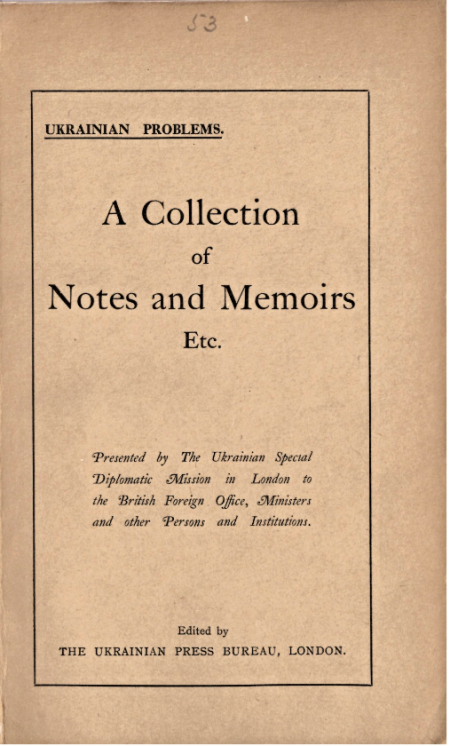 In the second half of 1920 members of the London mission were closely involved in an unsuccessful attempt by the UNR government to gain the admission of Ukraine to membership of the newly-formed League of Nations. In November 1920 the UNR government, having suffered military defeat, was forced to leave Ukraine for exile in Poland. This, and the increasing consolidation of Soviet power in Ukraine, made it ever more difficult for the mission to fulfil its purpose. Its head, Jaroslav Olesnitsky, returned to Ukraine in 1921.

Although Ukraine’s struggle for independence in 1917-1920  was short-lived, it played a pivotal role in the formation of the modern Ukrainian nation. It was also a key reason why the Ukrainian SSR was initially established as a nominally independent state, even though in reality it was controlled by Moscow. Ukraine’s distinctiveness was emphasised again in 1945, when the Ukrainian SSR, along with the Soviet Union as a whole and the Belarusian SSR, became a founding member of the United Nations, the successor of the League of Nations. In this story, which culminates in Ukraine’s declaration of independence 25 years ago, it is worth remembering the part, albeit small, played by the London diplomatic mission of the UNR.