In a composing career spanning more than five decades, Giuseppe Verdi considered more than 100 works, including novels and plays by French, Italian, Spanish and German writers, as sources for potential operatic projects. Among them were several plays by Shakespeare, one of his favourite writers. Although he did complete three operas based on Shakespeare plays, several others – Hamlet, Cymbeline, Antony and Cleopatra, The Tempest and Romeo and Juliet – were discussed at various times but never materialised. Of these unwritten operas, however, it was King Lear that held the greatest significance for Verdi and came closest to creation. 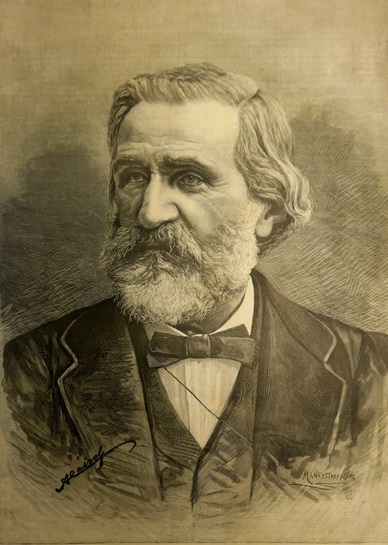 Verdi successively approached three potential librettists for Lear: in 1845 he first mentioned the play to Francesco Maria Piave, the librettist of his Ernani, I Due Foscari and Macbeth. It was, perhaps, Verdi’s dissatisfaction with the last of these (he enlisted another writer, Francesco Maffei, to revise parts of the text) that made him commission, in 1850, a Re Lear from Salvadore Cammarano, another regular collaborator of his.

After Cammarano’s untimely death in 1852, Verdi approached Antonio Somma. Recognising the difficulty of turning such a complex play into an opera, he kept advising Somma to reduce the number of scenes and principal characters (Gloucester and his sons were eventually removed). He also reiterated the need to avoid too many scene changes and to keep his text short. The extensive correspondence between the two men was first published in 1913 and, more recently, in a 2002 edition by the Istituto nazionale di studi verdiani which includes facsimiles of Somma’s manuscripts of his first and second drafts of the libretto (1853 and 1855), and of Verdi’s own transcription of the first version, with variants inserted in their proper place. The volume additionally includes a facsimile of Verdi’s letter of 28 February 1850 to Cammarano which contains a detailed outline of the plot. Transcriptions of all these facsimiles are also included. 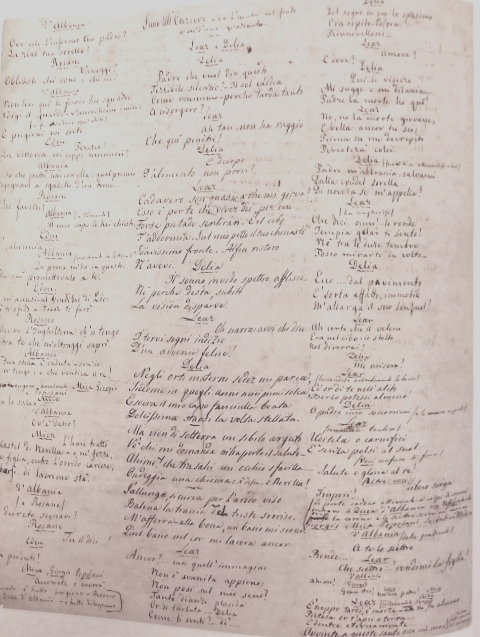 The end of Antonio Somma’s second version of his libretto of Re Lear, showing Cordelia’s death. Reproduced in Giuseppe Verdi, Antonio Somma, Per il “Re Lear”. Edited by Gabriella Carrara Verdi (Parma, 2002). LC.31.b.1041

Verdi’s continuing reservations about the libretto meant that the project was abandoned and there is no evidence that music for the opera was ever composed. This is all the more regrettable as some of the most poignant scenes in Verdi’s operas are those between fathers and daughters - Luisa Miller, Rigoletto, Aida, and above all, Simon Boccanegra are the most notable examples - and, judging from the final scene of the libretto of Re Lear, the death of Cordelia (‘Delia’ in the libretto) would have been a notable addition to the canon. 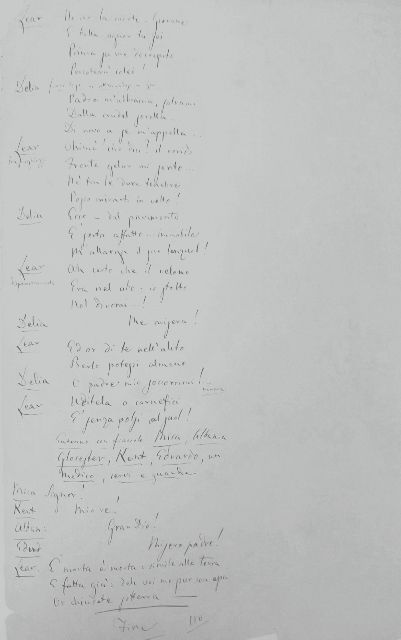 Verdi’s autograph of the first version of the final scene of the libretto of of Re Lear, reproduced in Per il  “Re Lear”

Macbeth (1847), one of his greatest early works, typically full of Risorgimento connotations (the fall of a tyrant and the liberation of the country under his rule), was extensively revised for the Paris Opéra in 1865, and it is this version, which is usually performed today. As well as a magnificent banquet scene at the end of Act 2, the opera also has one of Verdi’s greatest final scenes (the death of Macbeth and triumph of Macduff), and Lady Macbeth’s haunting and eerie sleepwalking scene.

By the time he began composing Otello in the 1880s, Verdi had become the grand old man of Italian opera – a ‘national treasure’ in today’s parlance. The fact that he had not composed a new opera since Aida, over a decade earlier, added to the public anticipation for the new work. There was, consequently, extensive press coverage both before and after its premiere, including a special Otello issue of the popular weekly illustrated magazine L’Illustrazione italiana which discussed not only the subject of opera and scenes from its first production but also looked at Verdi’s life and works, including his collaboration with his librettist, Arrigo Boito. 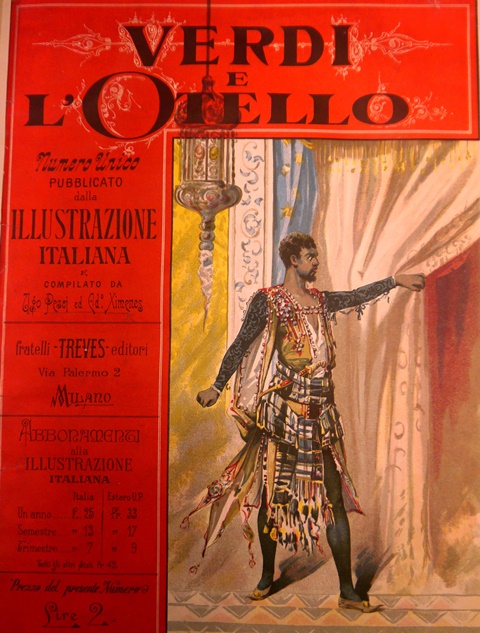 A poet, critic and composer (his opera Mefistofele, for which he wrote the text and the music, is sometimes performed today), Boito first collaborated with Verdi on Inno delle nazioni, a cantata commisssioned to represent Italy at the 1862 International Exhibition in London, and, in 1881, on a revision of Simon Boccanegra. 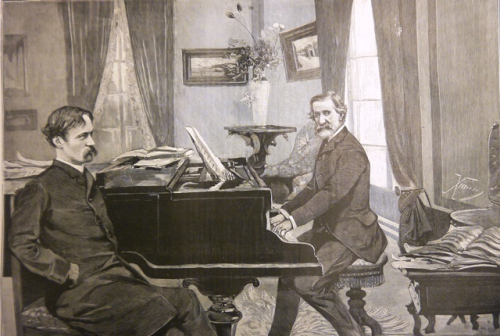 Otello was Verdi’s and Boito’s first collaboration on a new opera and they were to work together again on Falstaff (drawn from The Merry Wives of Windsor, with insertions from Henry IV and Henry V). Premiered in 1893, when the composer was 80, and unusually for Verdi, a comedy, the opera was greeted with the same enthusiasm as Otello six years earlier, including another special issue of L’Illustrazione italiana. Falstaff was Verdi’s glorious and astonishing swansong, its final joyous fugue beginning with ‘Tutto nel mondo è burla’ (‘Everything in the world is a jest’). 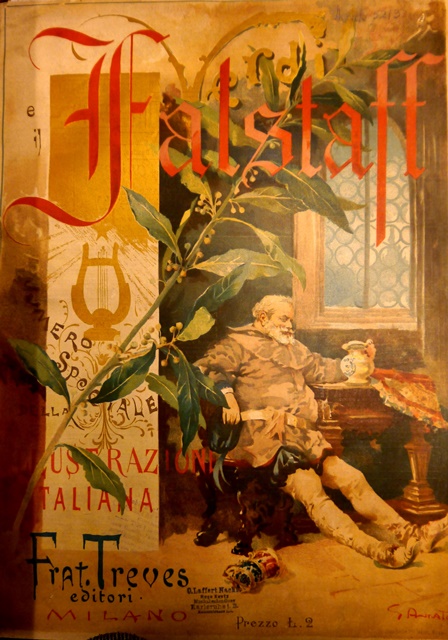 Philip Gossett. ‘The Hot and the Cold: Verdi writes to Antonio Somma about Re Lear’, in Variations on the Canon: Essays on Music from Bach to Boulez in Honor of Charles Rosen on His Eightieth Birthday. (Rochester NY, 2008). YC.2009.a.6153.

Falstaff,  a complete 1965 live recording from the Opéra de Paris of Franco Zeffirelli’s production of Falstaff, with Tito Gobbi as Falstaff.

Our exhibition Shakespeare in Ten Acts is open until  6 September, and you can continue to find out more about all aspects of Shakespeare's life and work on our dedicated Shakespeare webpages.

Posted by Olga Kerziouk at 4:53 PM