Frederick Cosens, Shakespeare and the Spanish drama of the Golden Age.

Frederick William Cosens (1819-89) had a very successful career in the sherry and port wine trade between Britain and Spain and Portugal. The profits from his businesses permitted him to develop his interests in both fine art and literature. His put together an art collection that included notable Spanish and Italian drawings of the 16th-19th centuries, etchings and two drawings by Goya. His interests in English literature centred on Shakespeare and Dickens. However, his library, containing some 4,950 titles at his death, was remarkable in the British context for its rare editions of major Spanish writers, its manuscripts and for its extensive holdings of 19th-century works. His collections were sold by Sotheby’s after his death, and the British Museum purchased a total of 47 items of which 37 were related to Spain. 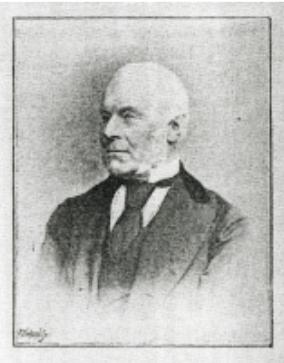 Cosens also turned his hand to translation. He translated the Spanish epic, the Poema de Mio Cid, a version that remains unpublished. Three other translations bring together his interests in Spanish literature and Shakespeare. He published a version of Ejemplo 35 from Juan Manuel’s Conde Lucanor (ca. 1335), the tale of the Moor who marries a very strong and fierce young woman (‘fuerte y muy brava’) and succeeds in subjugating her: The Moorish Marriage, bearing some similarity to the story of Shakespeare’s Taming of the Shrew. Just ten copies were printed. 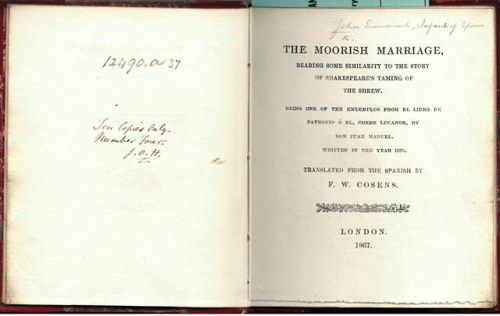 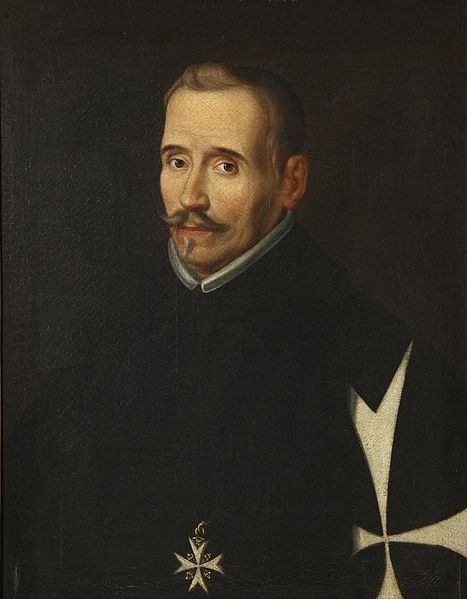 Cosens translated Castelvines y Monteses because he considered it worthy of a ‘better fate’ than it had received in an earlier version (Castelvines, pp. v-vii). Lope’s play is indeed unjustly neglected. The plot is fast paced from the very beginning, as his audience would have expected. It follows a similar outline to both Bandello’s and Shakespeare’s but with variations: it opens, for example, with the ball scene and Roselo/Romeo’s meeting with Julia/Juliet. Surprisingly, it ends happily with the successful reuniting of the lovers at Julia’s tomb and the resolution of the conflict between the families. As the subtitle ‘tragicomedia’ indicates, comic elements are present: for example, in Julia’s duping of Octavio, Roselo’s none-too-bright rival for her hand. Octavio’s subsequent death, stirred into action by his father, exemplifies this tragi-comic blend. In spite of its quality, Castelvines y Monteses is rarely performed in Spain; Spanish audiences are seemingly more willing to opt for productions of Romeo and Juliet in translation. (Castelvines y Monteses has been translated into modern English by Gwynne Edwards in Three Spanish Golden Age Plays (London, 2005; YC.2005.a.11238) and was performed at the Dell Theatre in Stratford-upon-Avon in August 2006, directed by Heather Davies. 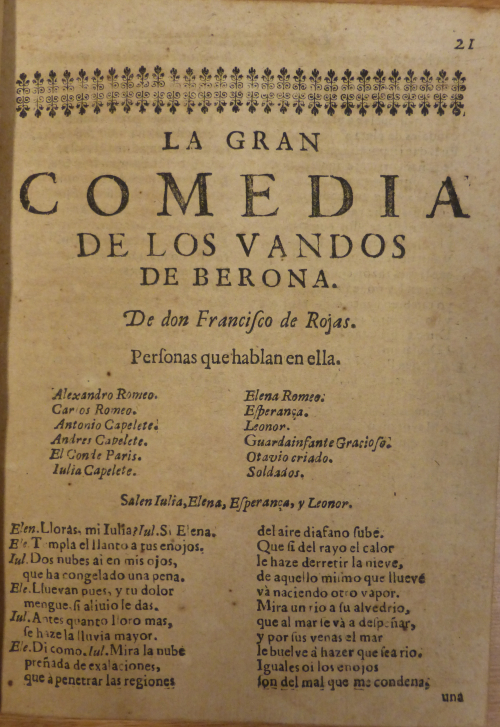 Cosens considered Rojas Zorrilla’s Los bandos de Verona to be ‘inferior in every way to “Castelvines y Monteses”’. He therefore limited his English version to ‘such portions… as bear some reference to Shakespeare’s tragedy’ (Los bandos de Verona, p. viii). Like Lope, Rojas Zorrilla follows Bandello, but introduces further changes. He adds characters: Carlos Romeo, a friend of Alejandro Romeo (i.e. the Romeo) and, more crucial to the plot, Elena, Romeo’s sister, who is unhappily married to Count París. The latter, now a member of the Capelete clan, wishes to repudiate Elena and marry Julia/Juliet instead. Further innovations follow: Julia supposedly takes poison to thwart her father’s injunction to choose between Count París and her cousin, Andrés. In fact, Los bandos is altogether a very different kind of play both from Romeo and Juliet and Castelvines y Monteses. It contains more action, culminating with Alejandro Romeo’s threat to storm a tower in which Elena and Carlos are held prisoner. Eventually, however, peace is restored and the feud is ended by the marriage of Alejandro Romeo and Julia. The family feud and a possible political dimension predominate over the original, tragic love story.