When on 28 October 1816 another daughter was born into the large family of Ludwig Carl George Philipp Revalier, no-one could have predicted that she would grow up to be a revolutionary sympathizer. Her father, major-domo at the court of Wilhelm I of Hessen, was promoted by the latter’s son Wilhelm II in 1825 to the nobility as a mark of gratitude for his service as an adviser, and when young Malwida von Meysenbug grew up to write her autobiography Memoiren einer Idealisten (1869-76; the British Library holds the third edition of 1882 at shelfmark 12357.c.12), she recalled that she had taken great pride and pleasure in belonging to the aristocracy. Yet those memoirs were written in political exile in England, where she had fled after supporting the democratic cause in the revolutions of 1848, and where she acted as governess to the daughters of Alexander Herzen. 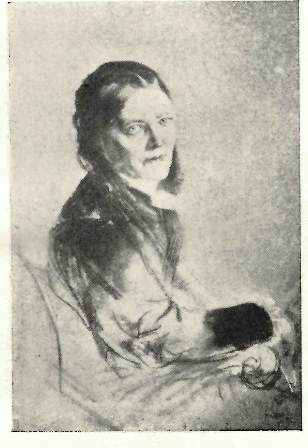 In her memoirs, she devotes the longest chapter to the 1830 revolution, which made a profound impression on the 14-year-old girl. Although she affectionately describes her family as close and happy, there are hints that all was not idyllic; in the chapter dedicated to the 1848 revolution, she mentions the ‘tyranny of the family, which in this case still rests on the regrettable principle that the woman should not think for herself but remain in the place to which fate has assigned her, no matter whether her individuality is submerged or not’.

As her interest in politics became more marked, she became increasingly estranged from her relatives. In this her relationship with the theological student and revolutionary thinker Theodor Althaus was a major factor in influencing her to question her father’s political stance and develop her own ideas. Much as she admired her father’s efforts to draft what she described as ‘the most liberal of all German constitutions’, it did not go far enough for her. He died in Frankfurt late in 1847; this placed Malwida in an ideal location to witness the preliminary planning for a pan-German Parliament in the spring of 1848, but she was bitterly disappointed to find that only men were admitted for lack of space, and had to observe the proceedings from a window. 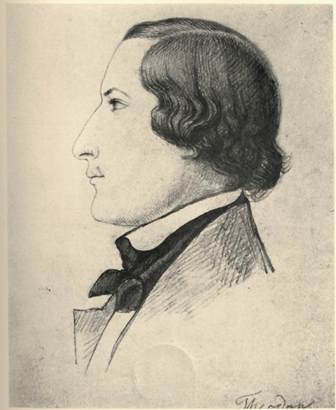 1847 had also seen the end of her relationship with Althaus, who broke it off as he did not reciprocate her feelings. A strong-minded woman whose portraits show an equally determined and formidable physique, she had no further romantic attachments, though her lively intellect and independent cast of thought equipped her to become the friend of several of the most outstanding men of the age, including Richard Wagner and Friedrich Nietzsche.

With her family’s reluctant consent she made a journey to Ostend in 1849 of which she wrote an account, Eine Reise nach Ostende (Berlin, 1905; 010107.g.11). Far from being a conventional travel narrative, it presents evidence of her political convictions, reflected in her remarks on memorials to those who fell in the struggle to free the Netherlands from Spanish domination and her strong identification with the common people.

In 1852 she was forced to flee to London as a result of those same principles, and made contact with her fellow political exiles Gottfried and Johanna Kinkel. Refusing to accept support from her family, she took a situation as governess to the two motherless daughters of Alexander Herzen. She became especially attached to the younger girl, Olga, and in 1861, at Herzen’s request, she assumed permanent charge of her. She provided stability and consistency for her small charges amid the chaotic domestic life described by Herzen’s friend Nikolai Ogarev in his sketch Bedlam, or A Day of our Life (1857-58), reproduced in E. H. Carr’s The Romantic Exiles (London, 1933; 010795.i.84). The liaison between Herzen and Ogarev’s wife Natalia created a febrile and tense milieu in which Malwida’s tact and firm principles were sorely needed, and she became a second mother to Olga, who in 1873 married Gabriel Monod, the French historian who edited and published several of her works. 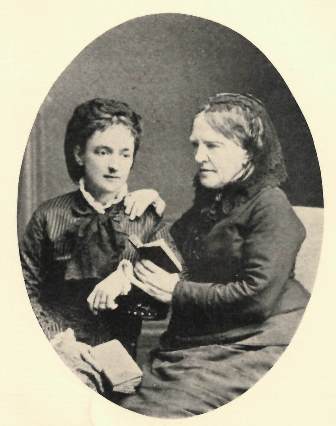 Malwida and her foster-daughter Olga Herzen (later Monod), reproduced in Rebel in a Crinoline

It was in 1854/55 that she first met Richard Wagner, initiating a friendship which lasted for many years and is frequently mentioned in Cosima Wagner’s diaries. She was present at the disastrous Paris performances of Wagner’s Tannhäuser, and left an account in the Memoiren of the whoops and whistles with which the notorious Jockey Club ruined the evening. ‘So this,’ she shouted, ever the governess, ‘is the public that claims to set the standards of taste for the whole world! A rabble of street urchins, without even manners enough to let people who differ from them listen in peace and quiet!’ After the debacle of the third performance she described visiting Wagner at two a.m. and finding him outwardly composed but trembling with suppressed emotion before writing to withdraw the opera from performance.

It was though the Wagner connection that she met Nietzsche in 1872 at Bayreuth, when the ceremony took place at which the foundation stone of the Festspielhaus was laid. Their shared love of Italy led her to invite him and Paul Rée  to the Bay of Naples in 1876 for a stay at Sorrento, where Nietzsche began his Menschliches, Allzumenschliches and Rée his Origin of the Moral Sensations (1877). 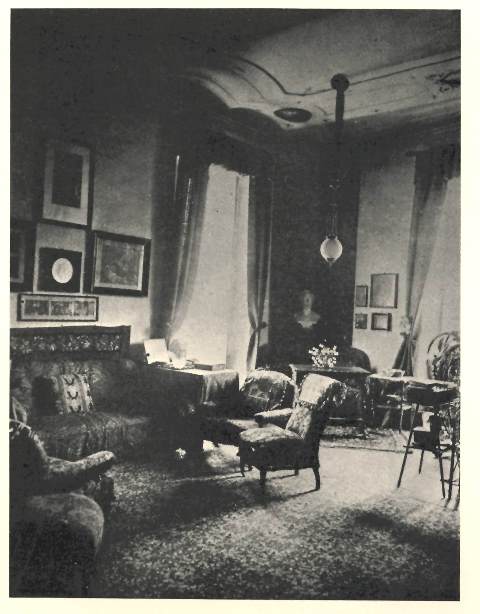 Malwida’s salon in Rome, with a bust of Wagner in the corner. Reproduced in Rebel in a Crinoline

Malwida had settled permanently in Rome in 1877, and received Romain Rolland, among other distinguished guests, in her home there. She died in Rome in 23 April 1903, aged 86 – the first woman ever to be nominated (by Monod in 1901) for the Nobel Prize in Literature, and an inspiration to all her female compatriots who fought against the suffocating conservatism of Wilhelmine Germany.