These lines from Emile Verhaeren’s poem ‘Plus loin que les gares, le soir’, with their evocation of a ‘slow parade of gloomy trains’ vanishing ‘like coffins’ into the distance, may be read as uncannily prophetic. Not only does it evoke the atmosphere of the stations throughout Europe where troop-trains would pull out to carry soldiers to the front, but also the one where, on 27 November 1916, the poet met his own end. Returning from Rouen to his home in Paris after speaking to a gathering of Belgian exiles and refugees, he tried to board the train too quickly, missed his footing, and fell beneath its wheels, dying shortly afterwards on the platform.

He was born on 21 May 1855 in Sint Amands, a riverside village on the Scheldt, at a time when the great canal system which had sustained trade throughout Flanders was already in decline, leaving his native country to become more and more of a backwater. Yet despite his decision to write in French and to move to Paris in 1898, the rhythms of the Flemish language and his love for a landscape dotted with disused windmills and the people who lived among them coloured his poetry throughout his life. 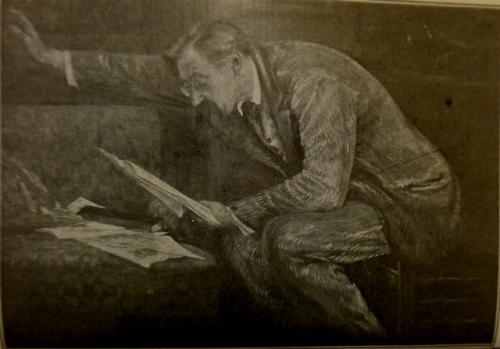 After graduating in 1874 from the Collège Sainte Barbe in Ghent and studying law at the University of Louvain (1875-81), Verhaeren allied himself with the poets and artists who gathered round Max Waller, poet and founder of the journal La Jeune Belgique (P.P.4479.b.). Two years later Les XX, a group of twenty Belgian artists and designers, was formed, and drew Verhaeren into a circle of new friends and a career as an art critic. His essays for L’Art moderne (P.P.1803.laf.), also founded in 1881, established his reputation and brought him in contact with Auguste Rodin, Odilon Redon and other contemporary artists, many of whom supplied illustrations for his work. At the same time, as Symbolism gained ground in Belgium, his admiration for the great Flemish, Dutch and Spanish painters of the Golden Age was undiminished. 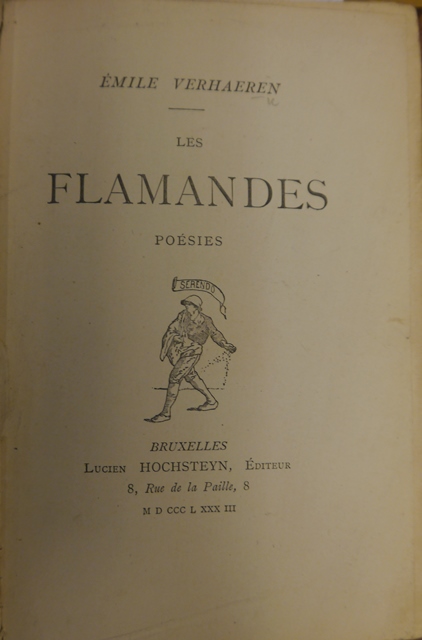 Nor was he merely a local figure; as his first volume of poetry, Les Flamandes was followed by many others and also by plays, he gained a readership which extended across Europe, especially when such distinguished literary figures as Edmund Gosse and Arthur Symons began to translate and promote his work in Britain. In Russia the poet Valery Bryusov, a distinguished translator of Homer and Virgil, performed a similar service for Verhaeren. The British Library also possesses an exquisite volume of poems by Verhaeren with paintings by the Japanese artist Kwasson, as well as an almanac (1895; K.T.C.8.a.9) in which Theo van Rysselberghe’s illustrations accompanied Verhaeren’s verses. 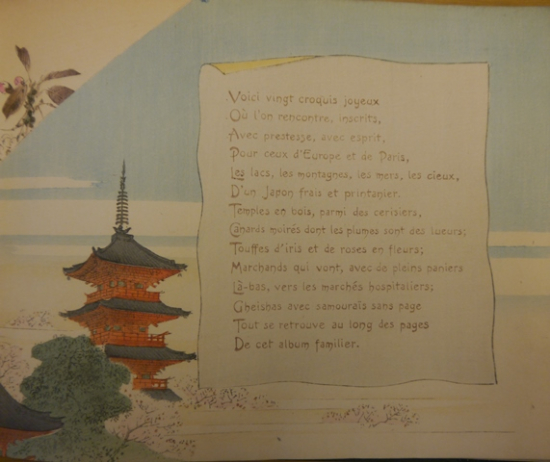 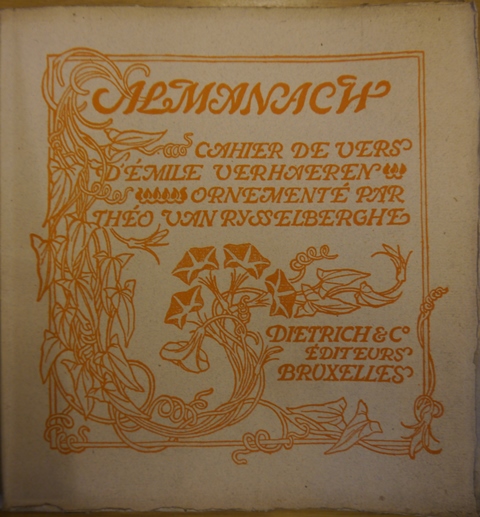 Above all, however, it was Stefan Zweig who brought Verhaeren’s work before a wider audience as he championed it in the German-speaking world. Not only did Zweig spend many holidays with Verhaeren and his wife, the artist Marthe Massin, who was the subject of some of the poet’s finest love lyrics, but he translated his works, wrote a biography which soon became the standard text on Verhaeren, and collected a number of manuscripts, two of which which feature in the British Library’s Stefan Zweig Collection. 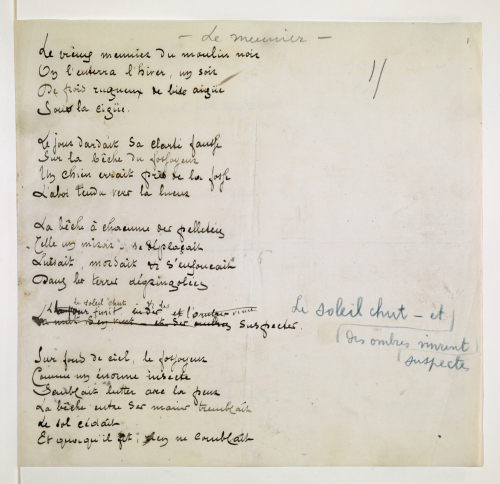 In the summer of 1914 Zweig, Rainer Maria Rilke and the publisher Anton Kippenberg of the Insel Verlag  were already discussing a German version of Verhaeren’s collected works when the outbreak of war put an end to the project and also to the friendship. Increasingly aghast at the devastation of Belgium during the German invasion, including the destruction of Louvain, where he had studied, and ancient libraries and art treasures, Verhaeren devoted himself to publishing polemics and denouncing German brutality. However, he was beginning to revise this uncompromising position in the interests of international cultural unity when he met his death. 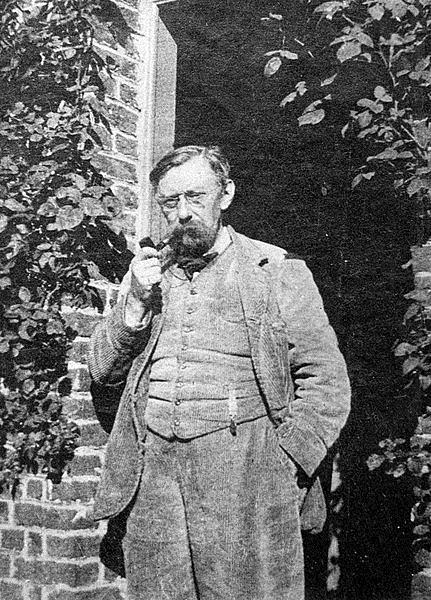 Described by André Gide as ‘our only epic poet’, Verhaeren was in many ways a man of contradictions. Though always maintaining his Belgian roots, he travelled widely, and in London in particular he found the image of the ‘tentacular city’ of the industrial era, described in Les Villes tentaculaires (1895), sucking humanity and the landscape alike into a world of degradation. Yet he realised that the old world of the sleepy Flemish countryside had had its day, and strove to find positive aspects in the modern world. Infused with the spirit of nature which he loved so well, his late poem Novembre est clair et froid may serve as a postscript to his life:

(All is peace at last, and the rule is kept.
Of my lengthy despairs nothing remains.
Where then the old torment, where the old regret?
Upon my life a calm sun sets.)