Christmas in the Trenches 1916: a Mystery Play.

This year I showed some items from our Low Countries collections  with a Christmas theme at the annual Christmas party for the Patrons of the British Library. I had selected three items, all of them worthy of a blog post, but I decided to pick just one: L’Adoration des Soldats, or ‘The Adoration of the Soldiers’. This year is the hundredth anniversary of its publication. It was not published in the Netherlands, or Flanders, but in London, the residence of its author Émile Cammaerts and place of refuge of its illustrator, Dutch cartoonist Louis Raemaekers.

The Adoration is a nice example of some of the more subtle Allied propaganda during World War I. Cammaerts’ wife, British actress Helen Tita Braun, better known under her stage name of Tita Brands, translated the French text into English. The English text is printed on the left hand pages, the French text on the right hand pages. Margaret B. Calkin wrote the script. 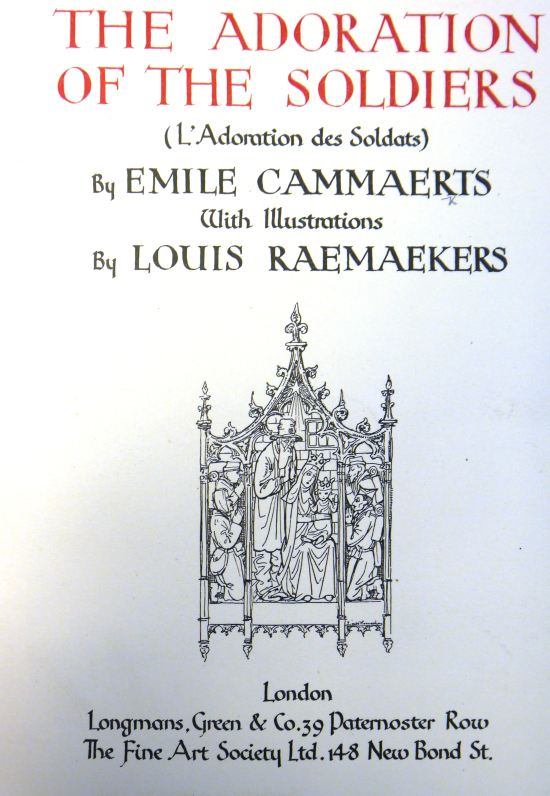 It was the perfect book for the occasion, because it looks like an illuminated medieval manuscript, so practically guaranteed a warm reception with the public. The text is printed on high quality, thick paper, in black and red ink, in a medieval looking font. The initials are decorated, as are the spaces on lines where the text does not run to the end. It is bound in cream cloth, resembling vellum, with gilt decorations. Just as one would expect of a publisher like The Fine Arts Society. 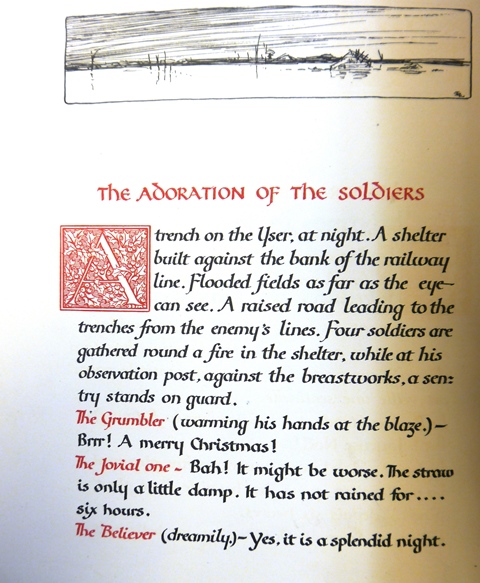 In the Foreword it says: “The Adoration of the Soldiers is a short mystery play which was suggested to Mons. Cammaerts during a visit which he paid to the Belgian Trenches in Christmas Week.” In what year this visit took place is not mentioned. The story is set in the trenches during Christmas. The main characters are four soldiers: The Believer, The Grumbler, The Jovial One and The Sceptic. They see a rocket being fired which fails to fall down on them, but remains hanging in the air, like a bright burning star. Soon after an old man leading a donkey carrying a young woman appears, as if from nowhere. How they managed to get through enemy lines and how they know the password is a mystery. 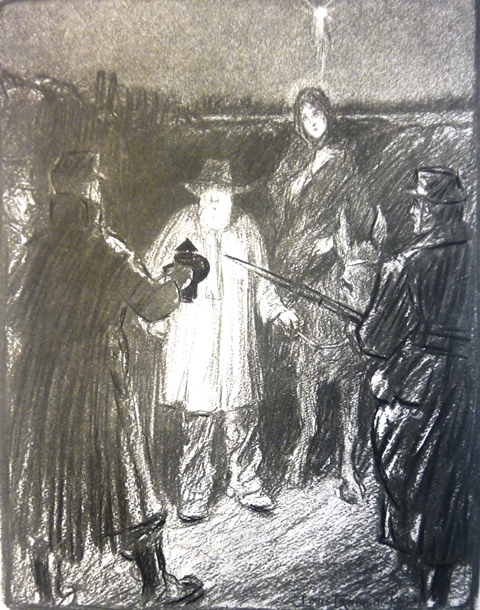 After some deliberations the soldiers allow the couple to take shelter in their dug-out. All apart from The Believer go to sleep. Soon an angel appears to the soldiers, bringing the happy tidings of Christ’s birth, as on every Christmas. This year He chose to be reborn amongst “…his martyrs and defenders”, of which the angel says: “Let this be to you a token of victory!”.
The story ends with the soldiers adoring the Christ-Child in their dug-out, joined by people from the local village. All sing a local Christmas song. 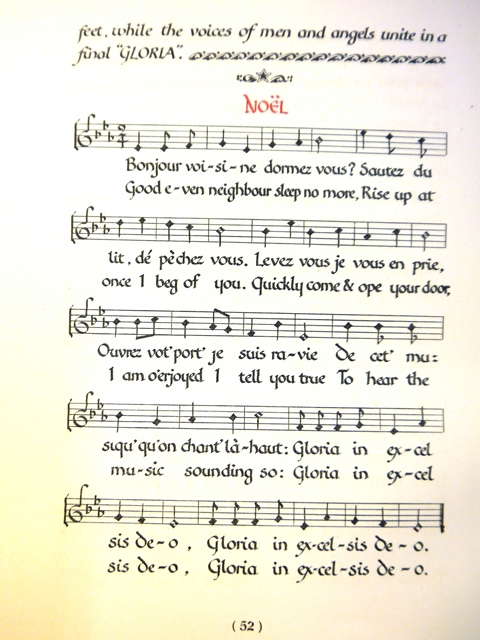 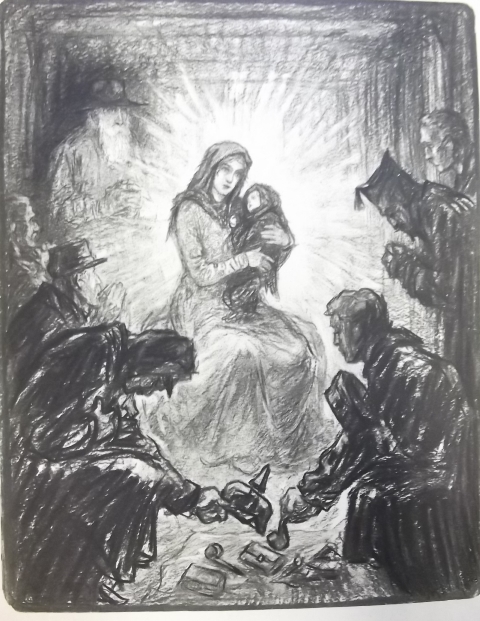 I have not been able to find evidence of ‘The Adoration’ ever being performed, either in churches or in the trenches. If anyone knows of any such performance, please get in touch.

Thank you and Merry Christmas!