I began translating Andrey Platonov (1899-1951) over 40 years ago. Joseph Brodsky saw him as at least the equal of Proust, Joyce, Musil or Kafka. I myself feel the same. I am hoping that a few quotations may be enough to make readers wish to learn more about him. 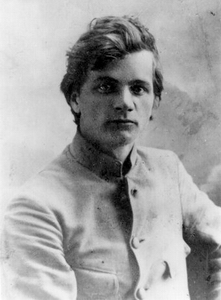 The son of a railway worker who also gilded the cupolas of churches, Andrey Platonov was born at the turn of a century – on 1 September 1899 – and between town and country, on the edge of the central Russian city of Voronezh. He was a talented engineer and many of his heroes are craftsmen of some kind, often eccentric and lonely. Here are the first lines of his novel Chevengur (1927-28; the British Library holds a 2008 edition with illustrations by Svetlana Filippova:  YF.2009.a.29735):

Old provincial towns have tumbledown outskirts, and people come straight from nature to live there. A man appears, with a keen-eyed face that has been worn out to the point of sadness, a man who can fix up or equip anything but who has himself lived through life unequipped. There was not one object, from a frying pan to an alarm clock, that had not at some time passed through the hands of this man. […] But he had never made anything for himself – neither a family, nor a dwelling.

There is a great deal of pain, a sense of brokenness, in Platonov’s earlier work. Many of his heroes and heroines are orphans. This is from the second paragraph of his novel Schastlivaia Moskva (‘Happy Moscow’, 1934-36; British Library editions at: YA.2000.a.35626 and YF.2011.a.168):

Her father died from typhoid; the hungry, orphaned girl went out of the house and never went back there again. Remembering neither people nor space, her soul gone to sleep, for several years she walked and ate up and down her country, as if her mother land were an emptiness, until she came to herself in a children’s home and at school.

This girl goes on to become a glamorous flying instructor, but her traumatic childhood remains with her, dragging her down. She loses her job. Working as a manual labourer on the construction of the Moscow metro, she then loses one leg in an accident. 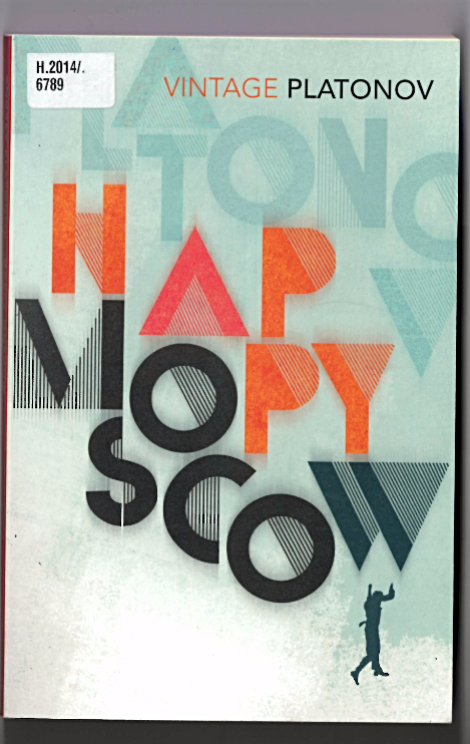 Platonov was a passionate supporter of the 1917 Revolution and remained sympathetic to the dream that gave birth to it, yet no one wrote more searingly of its consequences. He treats collectivisation and the Terror Famine with black humour:

‘The coffins!’ the peasant announced. ‘We stacked those wooden coffins into the cave for future use – and now you’re digging up the whole gully. Give us our coffins back! […] Them coffins are made to measure – we’ve marked each one so we know who goes where. Our coffins are what keep us all going. Yes, they’re all we’ve got left – a coffin’s an entire livelihood to us. And before we buried them in the cave, we lay down in them – we’ve got them worn in!’

Platonov writes equally vividly about the lives of a member of the Moscow elite and of a railwayman in a remote northern forest, about the lives of a baby hare and a steam engine. The tenderness and precision of his description of the baby hare makes me think of D.H. Lawrence at his best. Here, though, are a few lines about Platonov’s favourite bird, the proletarian sparrow:

In the depth of winter, near midnight, a blizzard began. The old man was playing his last piece – Schubert’s Winterreise – and then he intended to go off to rest. Just then, from the middle of the wind and snow, appeared the familiar, greying sparrow. With his delicate, insignificant little feet he settled on the frosty snow; then he walked a little around the violin case, fearless and indifferent to the whirls of wind buffeting him over his entire body – and then he flew right inside the case. There the sparrow began pecking the bread, almost burying himself in its warm softness.

Platonov’s place in the Soviet literary world was always borderline. Some of his works were published—and subjected to fierce criticism. Others were accepted for publication—yet never actually published. Unable to publish original work during his last years, he received a commission for a book of adaptations of Russian folk tales. With only the subtlest of changes, he was able to make these his own:

‘Thank you, young man,’ he said. ‘There was charm in the forbidden dress and wisdom in the book. The mirror showed all things visible – all that seems in the world. I thought I’d collected a good dowry for my daughter, only I didn’t want to give it to her too soon. I thought I’d brought her gifts of every kind, but I’d left out the one kind that matters, the kindness that was there inside you. I went far away in search of this gift, but it was close at hand all the time. It’s never a given, nor can anyone give it – it seems we must each seek it out for ourselves.’ 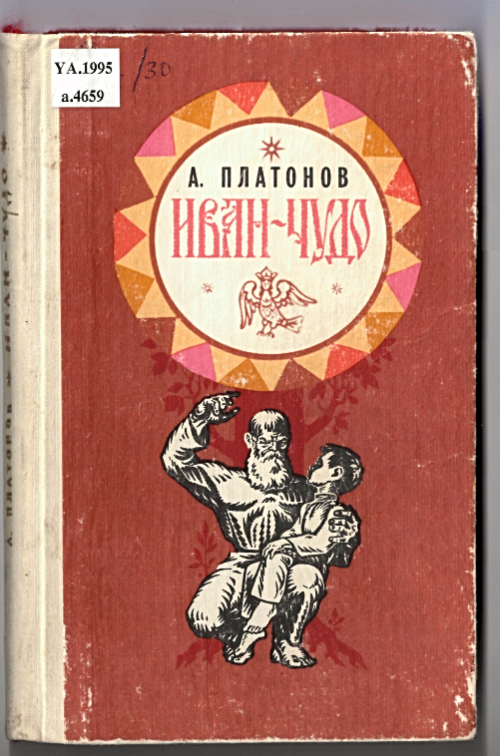 The death of Platonov’s son – from tuberculosis caught in the Gulag – was only one of many tragedies that he endured with extraordinary courage. He did not intend it as such, but I see this description of a plane tree as a self-portrait:

During its spring floods, the river must have flung mountain stones at the very heart of the plane, but the tree had consumed these vast stones into its body, encircled them with patient bark, made them something it could live with, endured them into its own self, and gone on growing further, meekly lifting up as it grew taller what should have destroyed it.

Robert Chandler, translator (All translations by Robert and Elizabeth Chandler)

Robert Chandler will be talking about Platonov and about his recent translation Fourteen Little Red Huts and other plays at an event at Pushkin House on 14 February 2017. Further details and how to book here. 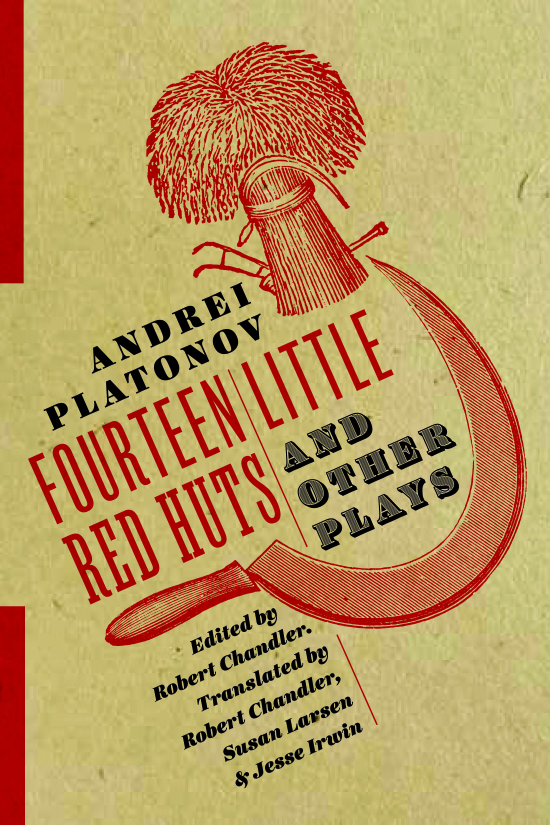