Can there be anyone in the world more harmless than an Esperanto enthusiast? Probably not. Speakers of the international language Esperanto are mainly interested in languages, foreign cultures and world peace. However, since the first book of Esperanto was published in 1887 they have lived through recurrent periods of intolerance and repression.

This is the subject of Ulrich Lins’ book La danĝera lingvo (Dangerous Language), whose new revised edition has just been published. This book has also been translated into German (1988), Italian (1990), Russian (1999), Lithuanian (2005) and Korean (2013), besides an earlier draft into Japanese in 1975, and will soon appear in English. 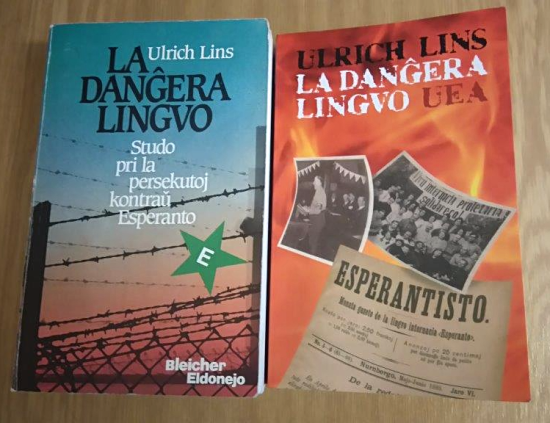 The last century was no less bloody and bellicose than earlier ones, but it was also the century of Esperanto, whose speakers represented an idealistic view that all peoples, languages and cultures were of equal value, a view apparently seldom shared by national leaders. From the earliest days of Esperanto, governments were quick to see potential dangers to their authority in the message spread by Esperanto.

As early as February 1895, when the language still had its base in the Russian Empire, the magazine La Esperantisto  was blocked by the censor because it included an article by Leo Tolstoy, an enthusiastic supporter of Esperanto. In Nazi Germany the authorities immediately understood that the internationalism, pacifism and equality which went hand in hand with Esperanto were the exact opposite of everything proclaimed by the Nazi ideal of a superior “Aryan” race destined to rule over other “Untermenschen” (“subhumans”). Added to this, in Mein Kampf (Vol.1, Chap.XI) Hitler expressed his belief that Esperanto would be used by the Jews to achieve world domination. When the Jews were deported from Warsaw, the Gestapo received specific orders from Berlin to search for the descendants of Zamenhof (the creator of Esperanto). All three of his children died in the concentration camps. The only survivors were his daughter-in-law and her teenage son, Zamenhof's grandson, who still lives today in Paris.

In Japan, too, the imperial police force immediately recognized the progressive (and potentially communist) tendencies of the Esperanto movement. In the first decade of the 20th century the police began to take an interest in the relationship between anarchists and Esperantists, and in 1934 the Japanese Proletarian Esperantist Union was shut down.

It is harder to understand the reasoning behind the persecution of Esperanto speakers in the USSR under Stalin. Immediately after the Russian Revolution there was a flowering of languages in the new Soviet Union. New alphabets were created, all minority languages were recognized, and there was support for Esperanto.

However, in Stalin’s time Soviet society underwent a period of closing in on itself and suspecting everything which potentially had links with other countries. Esperantists were people who corresponded with foreigners, or at least were in a position to do so. As Sergej Kuznecov wrote in the afterword to the previous edition of La danĝera lingvo, the treatment of Esperanto speakers can be seen as the measure of the totalitarianism of every regime. In the purges of the 1930s, many outstanding Esperantists perished even though they were sincere communists: Yevgeny Mikhalski, Vladimir Varankin, Ernest Drezen  and others too numerous to list here. Books by Drezen,  Varankin and Mihalski from the British Library’s Esperanto collection.

La danĝera lingvo describes in rather less detail the persecutions against Esperanto and its speakers in Spain, Portugal, Italy and other European regimes. Esperantists were even executed in those countries, most notably in Cordoba in Spain, when the Fascist army occupied the town in 1937 and shot all members of the local Esperanto group.

The difficulties in reviving Esperanto organizations after Stalin’s death are described in detail by Lins. The Association of Soviet Esperantists (ASE) was founded in 1979, but remained under strict government control for years. Even in some Western countries it was necessary to wait for the collapse of former regimes; the Portuguese association was only revived in 1972. 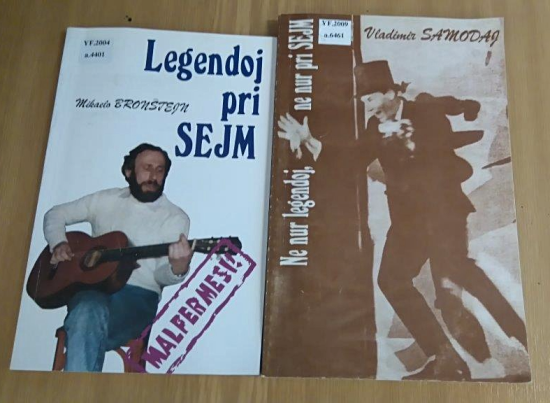 In 2017 UNESCO will be commemorating the centenary of the death of Ludwik Lejzer Zamenhof. It is fitting that as that year approaches we should also remember the persecutions which have taken place against Esperanto and Esperanto speakers over the past century.

It is surprising now to realise that Zamenhof’s concerns were not primarily linguistic. He was far more interested in bringing an end to wars between different peoples, and in creating conditions for international understanding and peace. He lived through a period of pogroms and major wars in Europe, and it is not by chance that the present period of increasing xenophobia and intolerance in many parts of Europe and the world reminds us of events in Zamenhof’s lifetime. This shows yet again that the road leading towards progress and civilization is neither straight nor easy, but Esperanto remains a tool of vital importance in making Zamenhof's vision of world peace and mutual understanding a reality.

Garvía Soto, Roberto. Esperanto and its rivals : the struggle for an international language. (Philadelphia, [2015]) m15/.11262