Long before the Soviets began their process of korenizatsiia, Imperial Russia boasted a small but prominent cadre of indigenous non-Russian academics. Among those from the 19th century is Aleksandr Kasimovich Kazem-Bek, a colourful mid-century scholar of Turkic and Persian. Kazem-Bek was born Muhammad Ali Kazem-Bek in 1802 in Rasht, Iran, the son of a prominent Shi’ite scholar and daughter of the local governor. At the age of 9, his family moved from Rasht to his father’s native Derbent in contemporary Dagestan. It was here that he met Scottish Presbyterian missionaries, and eventually decided to convert to Christianity. 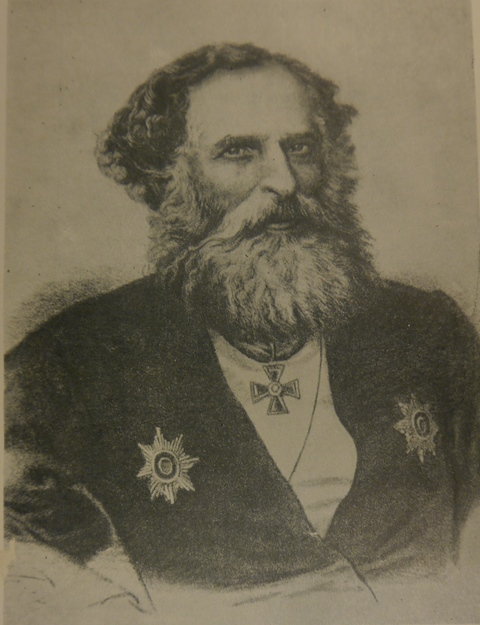 Kazem-Bek’s conversion caused concern among Muslims and Russian Christians alike. The local authorities were worried that he would act as a bridgehead for British influence among the local populations, and he was exiled to Astrakhan. Although punitive, the move allowed him to begin his career in service of the Russian Imperial government as a translator from Persian and Azeri into Russian. It was first step that led to posts in both Kazan – the seat of one of the country’s largest Oriental Studies departments – and St. Petersburg, the Imperial capital. His immersion in both the Islamic and Christian faiths (notwithstanding his occasional polemics against Islam) and his mastery of Russian, Turkish, Tatar, Arabic and Farsi allowed him to act as a conduit of knowledge from the newly conquered regions on the southern fringe of the Empire to the Imperial centres of military, political and economic power. 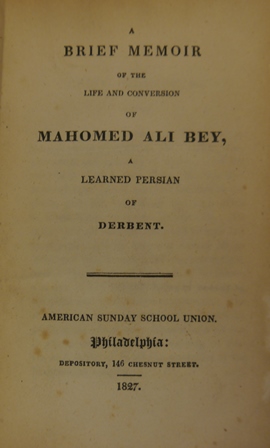 Among the earliest of his works was an autobiographical account of his conversion from Islam to Christianity entitled A Brief Memoir of the Life and Conversion of Mahomed Ali Bey, a Learned Persian of Derbent (Philadelphia, 1827; 864.g.43; title-page above). This essay was more than simply an ego project: it marked the first of a number of endeavours over the next thirty years to explain and scrutinize the faith of Russia’s new Muslim populations for the benefit of Russian-speaking readers. From 1844, for example, we have his translation of the Kitab mukhtaṣar al-wiḳāyā fī masā’il al-hidāyā (‘The Book of the Collection of Consciousness in the Questions of Gifts’), a 12th century tract dedicated to the examination of the Shar’ia, or Islamic law. There is even a work in the Library’s collection from as late as 1859 entitled Miftāḥ kunūz al-Ḳur’ān (‘Key to the Treasures of the Qur’an’) (St. Petersburg, 1859; 14514.d.13), demonstrating that inter-religious comparison ran like a thread through Kazem-Bek’s oeuvre. 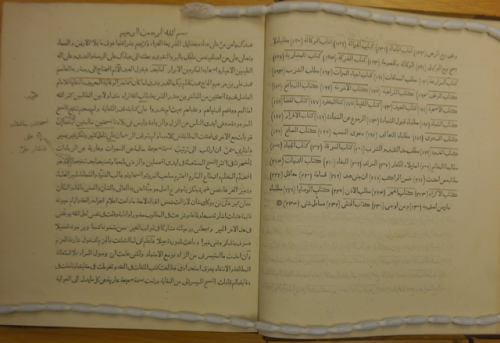 Kitab mukhtaṣar al-wiḳāyā fī masā’il al-hidāyā (Kazan, 1844; 306.41.B.7). An introduction to the work including autobiographical details by the editor, Aleksandr Kazem-Bek, with grammatical corrections to the Arabic, possibly in Kazem-Bek’s own hand.

The scholar’s two most passionate interests, however, were history and language. In many ways, Kazem-Bek’s writings adumbrated the shift in emphasis from religious community to ethno-linguistic belonging that would grow apace following the 1905 Revolution in Russia. This is exemplified by his insistence on studying the vernacular cultures of Russia’s Turkic subjects. The earliest of his historical works held at the Library is the Asseb" o-sseĭiar" / Sem' planet" soderzhashchii istoriiu  Krymskikh" khanov" (‘The Seven Planets Comprising the History of the Crimean Khans’) 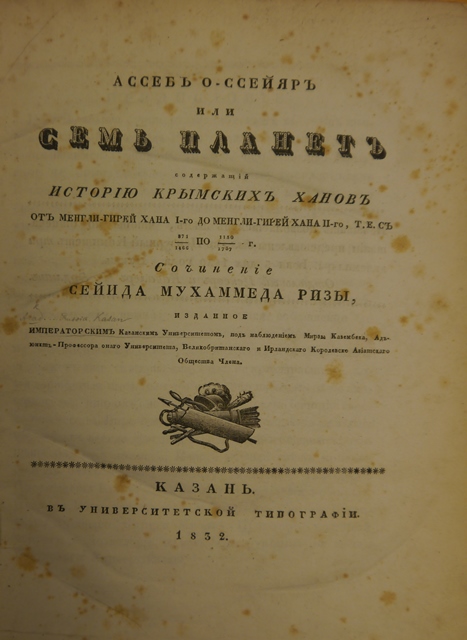 This is followed by an English version of his Derbend-Nâmeh, or The History of Derbent. His choice of topic is an indication that, despite his conversion and exile from Azerbaijan, Kazem-Bek never forgot his childhood home or the territory of his ancestors. Finally, among the later works produced on the history of the region, we hold his Bab" i babidy:  religiozno-politicheskiia smuty v" Persīi v" 1844-1852 godakh" (‘Babas and the Babids: Politico-Religious Turmoil in Persia’ 1844-1852) (St.Petersburg, 1865; 4504.f.30). Even as a professor and an eminent scholar, Kazem-Bek did not tire of analyzing the social environment of the Caspian region. 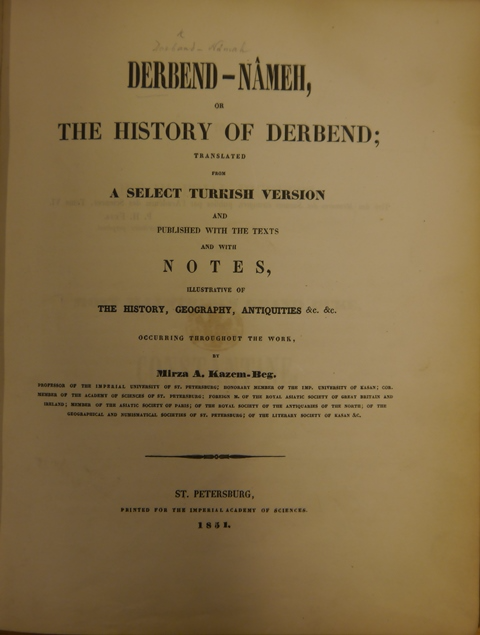 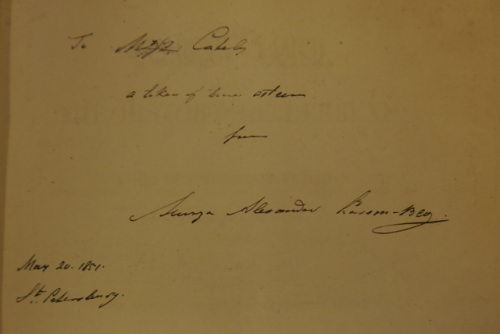 Within the realm of language and linguistics, among his most passionate topics was the typology of Turkic languages and cultures. The Library holds both the original 1846 Russian version (12906.c.34) and the 1848 German translation (T.6887) of his primary work of historical linguistics, Obshchaia  grammatika Turetsko-Tatarskago iazyka (‘General Grammar of the Turco-Tatar Language’). Whatever the value of Kazem-Bek’s theoretical approaches to the study of language, his interest in the languages and dialects of the Eurasian steppe – particularly Kazan Tatar and Uighur – helped focus contemporary minds on the distinctive characteristics of the various Turkic idioms. This too translated into socio-political action, especially cultural and social reform. Indeed, Kazem-Bek is known to have been in contact with another Azeri linguistic reformer, Fathali Akhundzade, about issues of modernization and popular education. 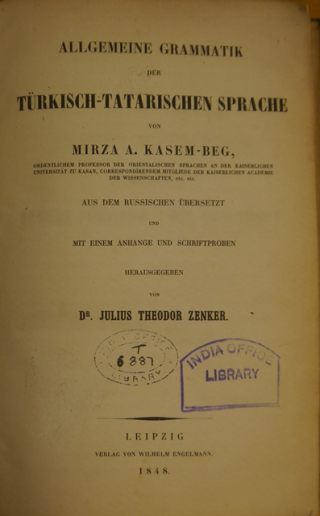 Aleksandr Kazem-Bek was no stranger to controversy, and it is indeed partly thanks to this controversy that his memory has lived on through the Soviet and post-Soviet periods. The works of his housed at the British Library and other institutions, however, demonstrate that he was a formidable part of 19th century Turkic intellectual history, and an important builder of the foundation of Russian Oriental Studies.