The Universe in ‘the Galosh of Happiness’: Halia Mazurenko

Anyone who wants to see the construction of the artistic phenomenon in the space of the artist and poet Halia Mazurenko’s syncretic meaning and metaphor has to understand the aesthetic nature of her artistic heritage. Her childhood and youth were full of sharp collisions and spiritual dramas, which in her later years gave corresponding emotional material for deep philosophical reflections.

Halia Mazurenko was born on 25 December 1901 in St Petersburg into the family of a Russian landowner, Sergei Bogoliubov, and Elyzaveta Mazurenko, the descendant of a Ukrainian Cossack family. Her godmother was the Russian poet Zinaida Gippius. But soon the circumstances Halia’s life changed: her parents divorced, and the mother and daughter returned to their family in Ekaterinoslav/Katerynoslav (now Dnipro). 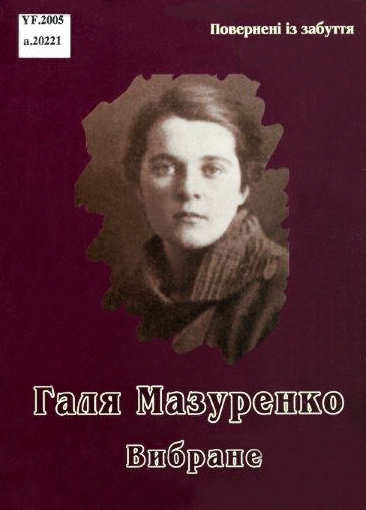 Young Halia spoke French fluently and started to write poems at an early age. Her first poem was dedicated to Ukraine. At the same time she also studied drawing and sculpture in the private studio of the well-known Ukrainian impressionist Viacheslav Koreniev. At the age of 14, she started to work in the Ekaterinoslav Historical Museum, which held a valuable collection of Ukrainian Cossack artefacts. Its director, Dmytro Iavornytskyi, commissioned her to sculpt the heads of Ukrainian Hetmans for the facade of the museum building. But Halia went to join her uncle at the front during the First World War, and later joined the Ukrainian liberation struggle in the army of Symon Petliura.

After the end of the War, Halia continued her studies in Warsaw and Berlin, where in 1921 she presented her sculpture at the Exhibition of Ukrainian Art Students, together with Mykola Hlushchenko, Ivan Babii, Mykola Butovych and Fedir Iemets. After this she moved to Prague, where in 1926 she published the first collection of her poems Akvareli (‘Watercolours’). At the same time she became a student at the Ukrainian Studio of Plastic Arts, where her supervisors were the painter Ivan Kulets', the sculptor Kostiantyn Stakhovskyi, and the graphic artist Robert Lisovskyi. She also prepared her dissertation on the psychology of colour in the work of Vincent van Gogh, as well as collaborating on the literary journals Literaturno-Naukovyi Visnyk (L'viv, 1892-1932; Ac.762/4) and Proboiem (Prague, 1935-1937; ZL.9.a.159).

Being in difficult financial circumstances she married, but soon after the birth of her daughter she was divorced. Halia’s mother persuaded her to continue her studies in Prague, and took the grand-daughter Maryna with her to Ukraine. Halia would never see her child again: in 1937 she received a message about the arrest and execution of her mother. Only at the end of her life in London did she find that Maryna had been rescued by her mother’s neighbour and grew up in a strange family under the name of Goncharova. This was not the end of difficult circumstances in Halia’s life; in the 1930s she married the literary critic Baikov, and had a son and a daughter. With two small children she survived the bombardment of Prague, and after the Second World War she moved to London with her family, where she worked actively in the fields of literature and art. From 1961 to 1973 there were nine personal exhibitions of her work in the USA, Iceland, Wales, Pakistan, and London. Cover of autobiographical novel by Halia Mazurenko Ne toi kozak, khto poborov, a toi kozak, khto ‘vyvernetsia’(‘A true Cossack not so much defeats the enemy as knows how to escape from his clutches’) London, 1974; X.908/28914. 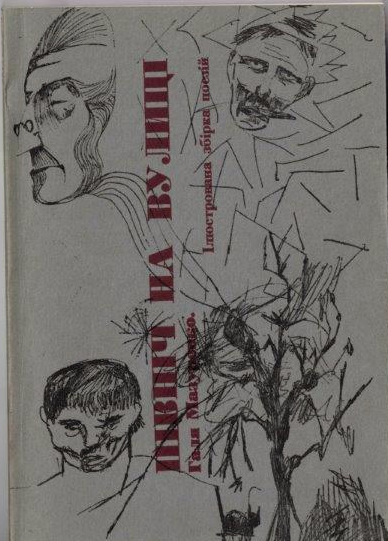 For decades, working in her modest accommodation in London’s Belsize Square, she built her unique imaginary world, and as she wrote in one of her poems, ‘The Galosh of Happiness’ creating her own milieu. As well as making thousands of drawings, paintings and enamels, hundreds of poems (some in English), and her albums of memoirs, she also taught pupils at her private art studio ‘Tuesday Group’. 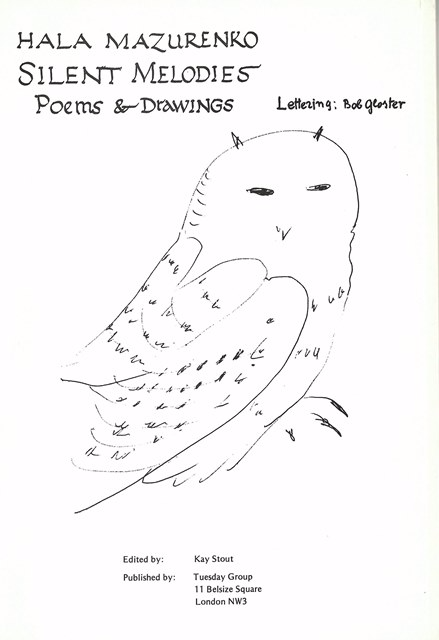 She died on May 27, 2000, leaving a massive heritage, which we can describe in her own words ‘In philosophy I am interested firstly in the moral strength of humans… The moral height of a strong personality which did not bend under circumstances was always the inspiration for my work’. 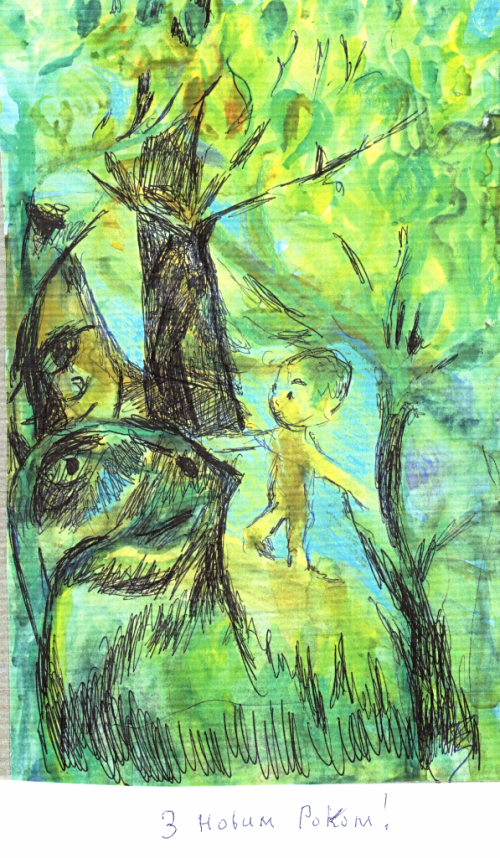