This story begins with a fairly routine enquiry about a not particularly unusual book. It was a copy of a German play, Die Goldenen Waffen, by Hans José Rehfisch, who enjoyed a successful career as a playwright during the Weimar Republic and after the Second World War, spending much of the Nazi period and the late 1940s in British and American exile. The enquirer was one of Rehfisch’s descendants, and was particularly intrigued by a newspaper cutting inserted in the book, a review of Rehfisch’s play Doktor Semmelweis as performed in 1934 in Vienna. He wondered if we knew anything about its former owner who might have added the cutting. 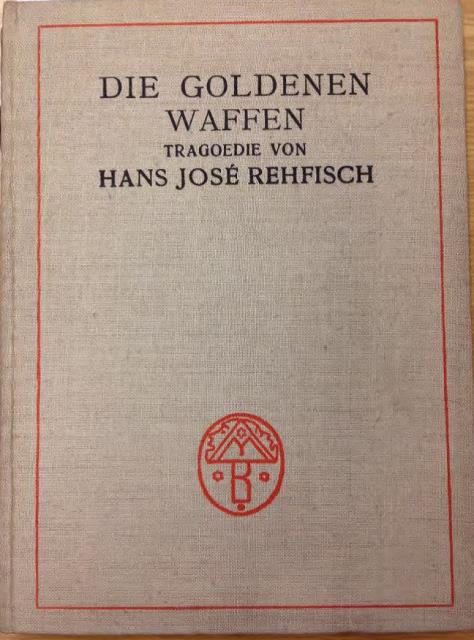 The British Library’s ownership stamp showed that we had purchased Die Goldenen Waffen second-hand in July 1988, and I knew that, for a book of that period, our archives would probably reveal little more than bookseller’s name and the price we paid, with no provenance information. However, not liking to give up on an enquiry, and noticing the bookplate of a K. Mayländer pasted inside the front cover, I decided on the long shot of searching online for the name, just in case this former owner was famous in some circles. 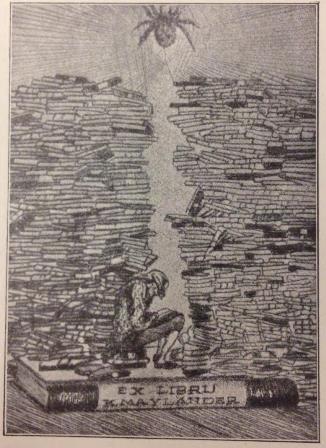 Rather to my surprise the name brought up a number of hits about a Dr Karl Mayländer, whose bookplate was the one in our book. But my initial satisfaction in finding this information turned to concern when I realised why Dr Mayländer’s name was in the public eye. He was a Viennese art collector and a victim of the Holocaust – the exact date of his death is unknown, but he was deported to Łodz in October 1941 – whose surviving heir had been involved in a long-running and recently-settled cultural restitution claim over five drawings by Egon Schiele (an artist whom Mayländer knew and supported) in the Leopold Museum in Vienna. 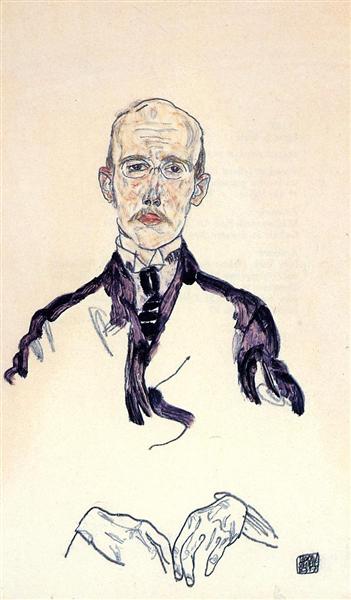 The case of the drawings was complex, but it was clear from the documentary evidence that Mayländer’s extensive and valuable library was expropriated by the Nazi authorities before his deportation. In 2005 the Austrian National Library had returned to the heirs a book in their collections identified as having belonged to Mayländer on this basis.

With this knowledge, I approached our Head of Collections and Curation, Kristian Jensen, and another colleague who was working on a project relating to cultural restitution issues. After looking further into the case, it was speedily decided that we should approach the Israelitische Kultusgemeinde in Vienna, who had acted on behalf of the heir in the case of the drawings, and offer to return the book. They were grateful to hear from us, and confirmed that Mayländer’s heir was interested in retrieving books from his library.

Before we could return the book, we had to deaccession it from our collections. This took several steps: for a national library to dispose of a collection item is no easy business! First of all, the British Library Board had to give formal permission. Then the book had to be flagged on the catalogue as deaccessioned and a note added to the record stating that the book was “spoliated from the library of Dr Karl Mayländer between 1938 and 1941 [and] restituted to his heirs in 2016.” Finally, a stamp stating that the book had been officially deaccessioned needed to be added next to our original acquisitions stamp, in case the book should ever reappear on the market in the future.

Finally, in late November, all these steps had been taken, and on 2 December 2016, Kristian Jensen handed the book over in person to a representative of the Israelitische Kultusgemeinde.

Perhaps this seems like an excessive amount of care over what was on the face of it a slim volume of comparatively small monetary value. When we think of cultural spoliation and restitution, we tend to think of famous, unique or valuable items. But in recent years both governments and cultural institutions like the British Library have become more aware of the issues and responsibilities relating to the spoliation and restitution of cultural artefacts, not just from the Nazi era, Second World War and Holocaust, but also from more recent conflicts. By recognising that our copy of Die goldenen Waffen was a part, however small a one, of a collection taken from its owner under duress, and by offering to make good the loss to his surviving heir, we are also recognising and demonstrating how seriously we take our responsibilities in this area.