Scratching the Surface: the Runic Imaginary

A picture is worth a thousand words but a word, too, might conjure up a thousand images. One-to-one correspondences between words and objects are exceedingly rare, if not non-existent. Beyond that, however, the power of alphabets, syllabaries and ideographs is well-documented; such was the motivation for orthographic reform during the 20th century from Norway to North Korea. The Latin alphabet can provide a sense of false familiarity, making it seem as if Somali is easier for an English learner to pick up than would be Persian, despite the fact that the latter shares far more structural similarities to English than the former. However, it is not just Latin characters that are imbued with a magical power to draw close and imbue a sense of solidarity. The systems colloquially referred to as runes, too, have often been instrumentalised with much the same goal in mind.

Technically, the word rune is applied exclusively to the writing systems of Germanic languages prior to the adoption of the Latin alphabet. There are various different versions of Germanic runes. While there are various different types of runes, all are derived from the Old Italic scripts. They were largely replaced by the Latin alphabet after Christianisation in 700CE, but their usage persisted in highly specialised contexts until the 19th century. The study of runes, known as runology, began in Scandinavia as early as the 16th century, albeit more within the realm of theology, the occult and mysticism than what we would conceive of as linguistics. The study took a more scientific turn throughout the 18th and 19th centuries, as a number of collection items at the British Library demonstrate. These include Johan Göransson’s Bautil (143.g.19) or his Is Atlinga (4408.g.6) which seek to locate runes within the history of writing systems, including the Hebrew, Greek and Latin alphabets.

As with so many other terms, runes have undergone a popular semantic widening. The word is also applied to other writing systems that bear a visual similarity to Germanic runes. One such system is Old Turkic writing, employed by communities in Siberia and eastern Eurasia in the first millennium CE. Also known as the Orkhon Script (after the Orkhon Valley  where Old Turkic stelae were found near the Yenisei River by Nikolai Yadrintsev in 1889), it has been claimed to be a descendent of Aramaic, Tamgas and Chinese ideographs. The oldest inscriptions in old Turkic script date from the 8th century CE. It was later used by Uighur scribes, prior to its replacement by the Old Uighur script (which is directly related to Sogdian and Aramaic). 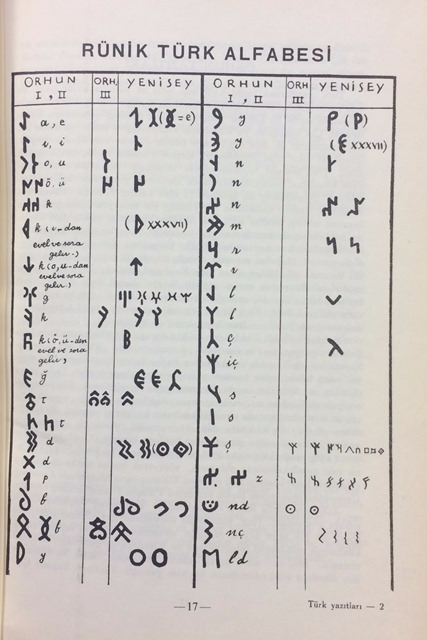 Old Turkic is unique for the manner in which some letters have various sounds, determined according to the rule of vowel harmony, a feature of Turkic, Mongolic and Finno-Ugric languages. In Turkey, the old Turkic alphabet found particular resonance with secularist nationalists interested in emphasizing the pre-Islamic culture of the Turks. Examples abound from the writer Hüseyin Namık Orkun, who wrote a number of nationalist-tinted histories of the Turks. His Eski Türk Yazıtları  provides extensive information on the origin and study of the inscriptions, as well as their transcription and contents. Not only does he call the alphabet in which these texts are written the Rünik Türk Alfabesi, the “Runic Turkish Alphabet”, but he also connected these to the “Pecheneg” inscriptions of Nagy Szent Miklos, establishing a pre-historic link between the Hungarians and the Turks. 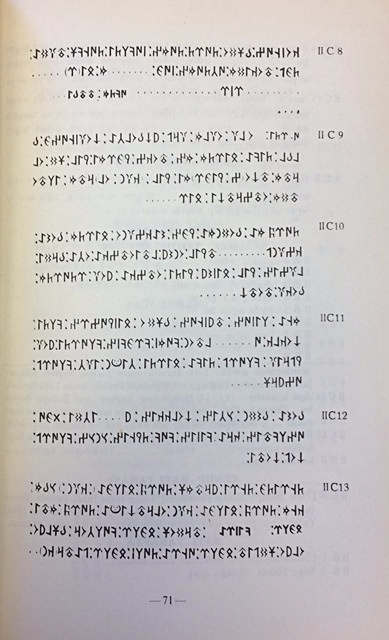 Indeed, Hungarian studies of runes have proven to be the most durable and profitable. Commonly referred to as rovásírás in Hungarian, they are occasionally linked to the Szekler communities in Transylvania, an ethnic sub-group of Hungarians. In recent years, rovásírás has experienced a resurgence, both popular and scholarly. On the one hand, academics have taken a new interest in the old Hungarian script, occasionally called runes as well. It is sometimes linked to the late Khazars, a Caucasian Turkic group of the 8th to 11th centuries, as explored in Gábor Hosszú’s Heritage of Scribes: The Relation of Rovas Scripts to Eurasian Writing Systems (Budapest, 2012; YD.2015.a.2560). 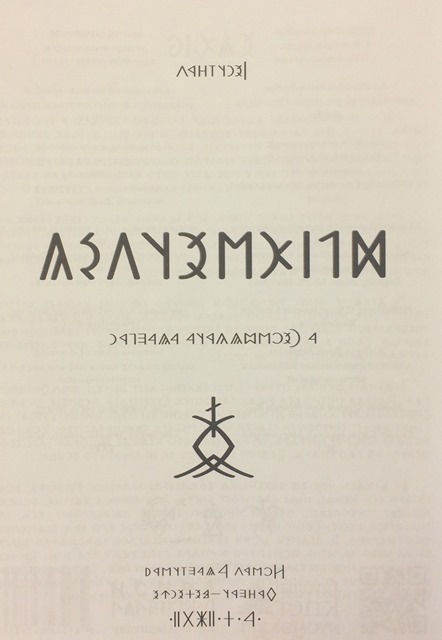 The old Hungarian script has also captured the imagination of many Hungarian nationalists, and has given rise to new publishing and typography ventures, such as the New Testament pictured above or of Géza Gárdonyi’s Egri Csillágok (Szolnok, 2011; YF.2015.a.25655), pictured below, a fictional account of Hungarian resistance to Ottoman rule. 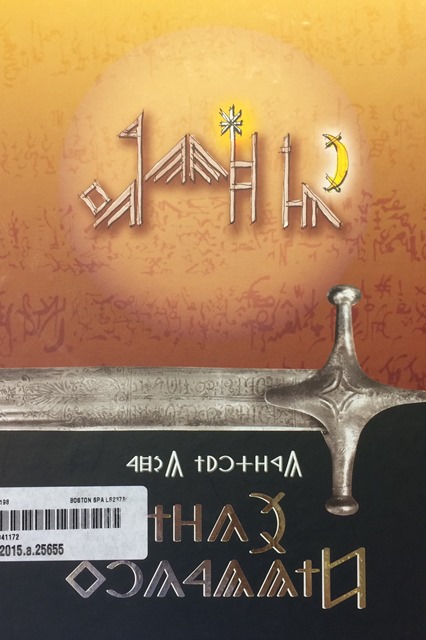 The term rune has proven to be highly versatile in both popular and scholarly imaginations. From the study of northern Europe’s intellectual history, the term has been adopted and adapted to a myriad of other contexts and needs. Today, it fills a political as well as academic role, adding yet another building block to the construction of a Eurasian identity that refocuses the mythical origins of various modern nations in the heart of the Eurasian landmass. Above: A wreath at Szeged University in the colours of the Hungarian flag with a banner in rovásírás; below: A handmade sign above an entrance in Miskolc, Hungary, with an inscription against the Treaty of Trianon (1919) in Hungarian in both Latin characters and rovásírás (Photos by Michael Erdman). 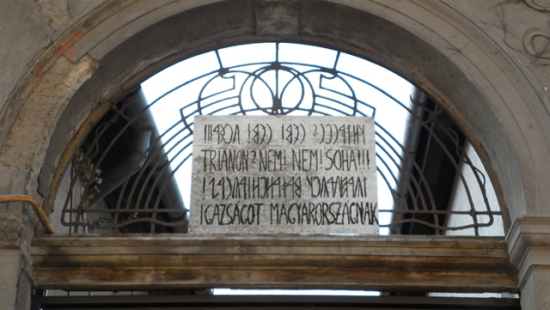