The art of ruining a friendship: Zola, Cézanne and L’Œuvre

Once again Christmas is over, and many of us will have been fortunate enough to receive a book among our presents. Some may be a delight, others a disappointment, as in the case of the gift which Stephen Leacock’s young Hoodoo McFiggin found in his Christmas stocking:

‘It’s a book,’ he said, as he unwrapped it. ‘I wonder if it is fairy stories or adventures. Oh, I hope it’s adventures! I’ll read it all morning.' No, Hoodoo, it was not precisely adventures. It was a small family Bible. […] After that he took his book and read some adventures called ‘Genesis’ till breakfast-time. (Literary Lapses: Montreal, 1910; British Library 012331.e.44)

Unlike Hoodoo, most of us have the option of returning and exchanging a book which might not have been quite what we had hoped for. Although this may require tact, it is rare for an unwelcome gift to produce such drastic consequences as the one which Paul Cézanne received from his friend Émile Zola in 1886.

As part of his Rougon-Macquart cycle, a series of twenty novels chronicling the ‘natural and social history of a family under the Second Empire’, Zola had begun work earlier that year on a story entitled L’Œuvre (translated into English as His Masterpiece: London, 1902; 1094.k.8). Although he was initially inspired by Balzac’s cycle La Comédie humaine, Zola planned not merely to depict contemporary society but the workings of environment and heredity among the many members of a single family. 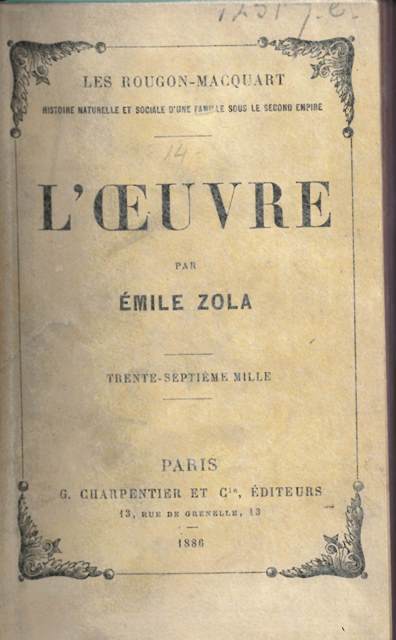 In earlier books Zola had portrayed life in Paris and the provinces and the fortunes of market traders, miners, prostitutes, absinthe addicts and the staff of a department store. Here, though, he turned his attention to the world of art, with which he was well acquainted through his friendship with Cézanne. The two had known each other since their boyhood in Aix-en-Provence, the model for Zola’s Plassans, home to Adélaïde Fouque, founder of the three branches of the Rougon-Macquart dynasty and great-grandmother of Claude Lantier, the protagonist of L’Œuvre. 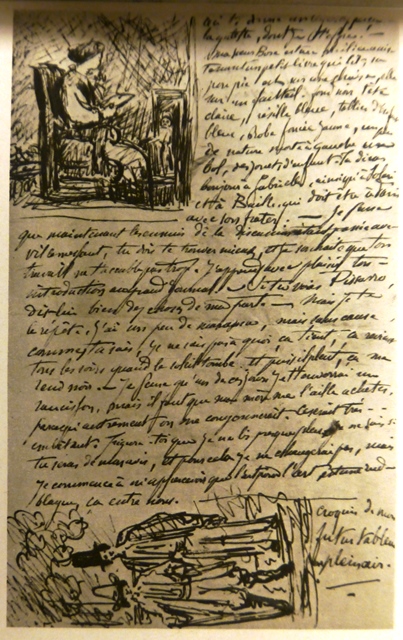 Unlike other members of the Macquart family who become labourers, soldiers or farmers, Claude Lantier shows artistic talent and settles in Paris to pursue his career as a painter. He has less in common with his murderous engine-driver brother Jacques (La Bête humaine) and half-sister, the notorious prostitute Nana, than with his second brother, the activist miner Étienne (Germinal); however, Claude’s revolutionary spirit manifests itself not in the struggle against corrupt industrialists but against another kind of conservatism – the stifling influence of academicism on art. 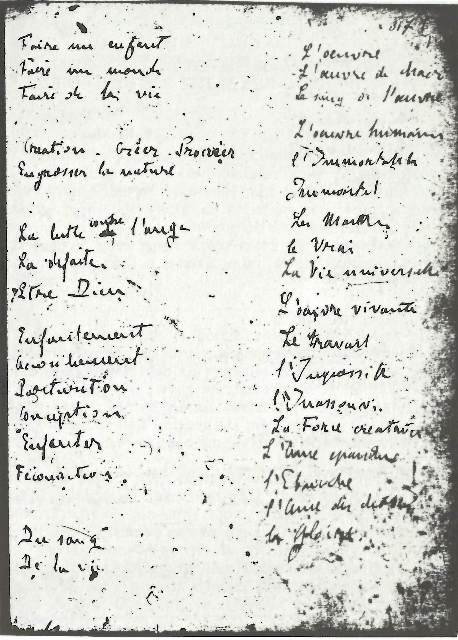 A list of titles which Zola considered for L’Œuvre. Reproduced in Émile Zola and the Arts, ed. Jean-Max Guieu and Alison Hilton (Washington D.C, 1988)

We are given a glimpse of Claude’s revolt against convention when, in the novel’s opening pages, he takes in a young woman, Christine Hallegrain, stranded late at night in Paris on her way to a post in Passy:

What especially frightened her were some sketches in oils that hung frameless from the walls, a serried array of sketches reaching to the floor […] She had never seen such terrible painting, so coarse, so glaring, showing a violence of colour that jarred upon her nerves like a carter’s oath heard on the doorstep of an inn.

Clearly this is something very different from the staid historical, mythological and Biblical subjects favoured by the establishment, and it is not surprising that Claude’s work fails to find acceptance into the annual Salon of the Académie des Beaux-Arts. When a group of rejected artists sets up a Salon des Refusés to display their paintings, his Plein Air creates a sensation, recalling Manet’s Déjeuner sur l’herbe in its juxtaposition of clothed male and nude female figures, the latter modelled on Christine, who becomes his mistress, the mother of his son Jacques, and finally his wife. They move to the country in an attempt to draw inspiration from the rural surroundings, but this proves a failure, and at Christine’s instigation he returns to Paris. After repeated rejections he embarks on a gigantic painting of the Île de la Cité which becomes an obsession as he constantly revises and repaints it even as his neglected young son lies dying. It is not this painting but a study of the dead boy, ‘a masterpiece of limpidity and power to which was added a note of boundless melancholy’, which is accepted for the Salon, though arousing such controversy that Claude is driven back to his ‘masterpiece’, the huge landscape which is never completed and ultimately costs him his marriage, his friendships and his life as he hangs himself in his studio. 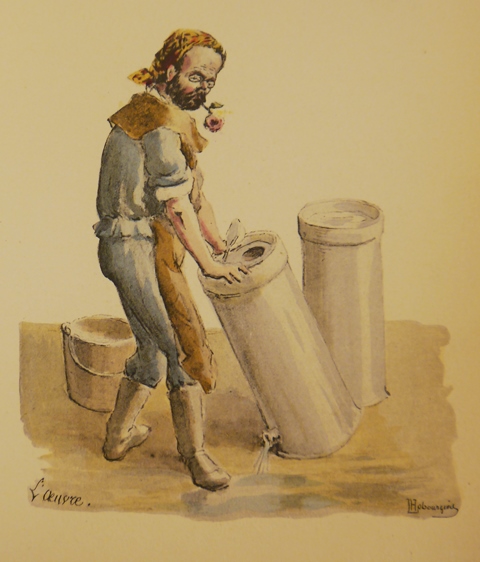 The one friend who attends his funeral is Pierre Sandoz, a novelist who, like Zola, is engaged on a cycle of Naturalist novels charting the fortunes of an extended family. Zola himself had written many articles on painting as a young journalist and had promoted the work of Manet in particular, and when Cézanne received his copy of L’Œuvre it was not difficult for him to interpret Sandoz as a self-portrait of the author and Lantier as a study of Cézanne himself. Another Claude, Monet, felt impelled to write an open letter shortly after the novel’s publication declaring that he did not recognize himself or any of his fellow Impressionists in it. However, the damage was done; with impeccable politeness Cézanne penned a thank-you letter to Zola, parcelled up the book, returned it to the author, and broke off all contact with him.

As she sits for the nude in the ill-fated ‘masterpiece’, Christine reflects bitterly on Claude’s first painting of her which had been the source of all her misfortunes: ‘It had come to life again, it rose from the dead, endowed with greater vitality than herself, to finish killing her…’ It may not be fanciful to see here a foreshadowing of another ominous portrait in Oscar Wilde’s The Picture of Dorian Gray, which appeared four years later (London, 1890; Eccles 395). Sadly, in human terms L’Œuvre possessed a far greater destructive power than Zola had ever imagined.