Mutilated history: Russian Revolution and Beyond

Propaganda was considered an important instrument in legitimising the Bolshevik power from the very start. In spring 1918, when the Bolsheviks were struggling to maintain their power, Lenin already started an ambitious project of ‘Monumental Propaganda’. He suggested employing visual art, such as revolutionary slogans and monumental sculpture, as an important means for propagating revolutionary and communist ideas. Even porcelain was recognised as a medium of conveying communist messages.

But of course, printed material, such as posters, magazines and books that could be produced in relatively large numbers, could reach a wider audience and had a better impact. In 1920, two souvenir books prepared by the Propaganda Bureau of the Communist International  were printed in Soviet Russia: Deialeli Kommunisticheskogo Internatsionala (The Leaders of the Communist International) and Oktiabr’: Foto-ocherk po istorii Velikoi Oktiabr’skoi Revoliutsii, 1917-1920 (October: Photo-essay on the history of the Great October Revolution, 1917-1920). Frontispieces of both books were designed in a very distinct style by Sergei Chekhonin. 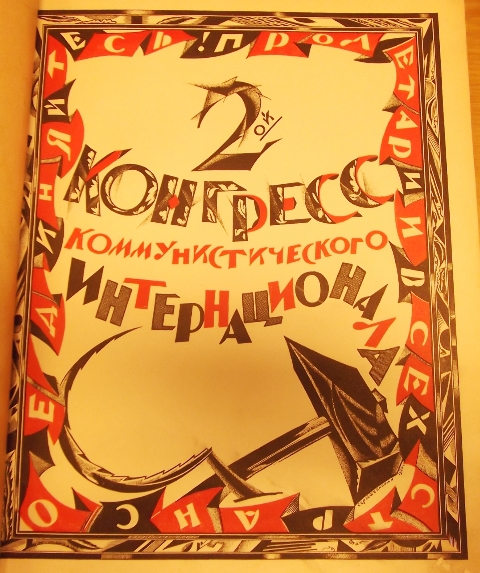 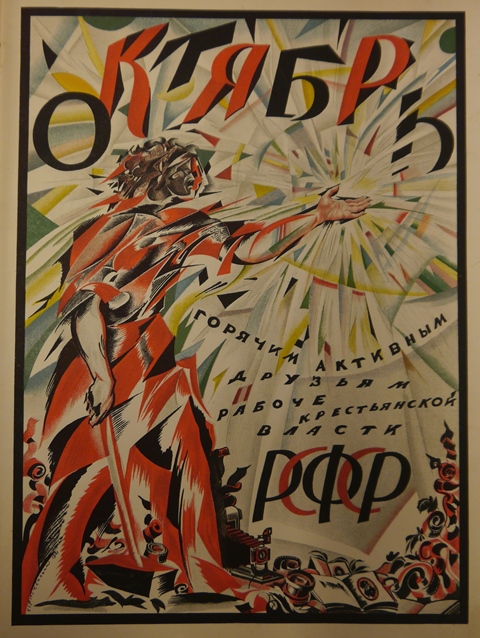 The Leaders of the Communist International contained 48 plates – portraits of members of the International and reproductions of paintings and drawings of the events related to its activities. All the artworks were created by prominent contemporary artists, such as Mstislav Dobuzhinzkii, Issak Brodskii, Boris Kustodiev, Georgii Vereiskii, and Konstantin Veshchilov. October contains collages of photographs documenting the Revolution and the first years of the Soviet state. The books were intended as presents for the delegates of the Second Congress of the Third International that took place in Petrograd from 19 July–7 August 1920.

During the Stalin purges that followed soon, many of those had been presented with these books were executed or exiled. And, those who had proudly appeared in the portraits and photographs were called ‘enemies of the people’. The Soviet practice was that such ‘enemies’ would disappear not only from life but from all records – books, photographs, paintings, films, etc. This fully applies to these two books . Many copies were destroyed or mutilated by their owners. Complete and pristine copies are extremely rare.

The copies held at the British Library were purchased in the early 2000s. The title page of The Leaders of the Communist International is cut in half, leaving a tiny curve in blue ink, the remains of a lost dedication. The book clearly belonged to someone whose name we had to forget. Our copy of October is signed: ‘Eigentum Frey’ (property of Frey). It is very likely that it belonged to Josef Frey (1882-1957), the founder of the Austrian Communist Party who was expelled from it for it in 1927 for being a Trotskyist.

I could not trace the fate of this copy of the book any further, but it definitely suffered a lot. On one of the first pages there is a cut just in the middle. 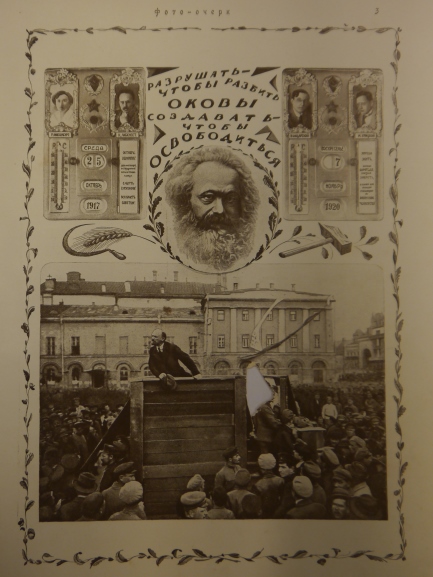 According to the list of illustrations, Leon Trotsky and Lev Kamenev stood next to the scaffolding from which Lenin was giving his speech. 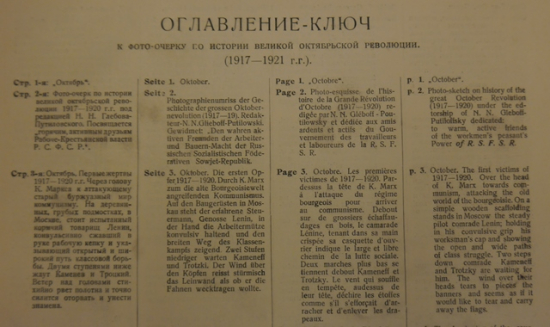 If we compare the British Library copy with a copy recently digitised by the Russian State Historical Public Library we can notice that pages 8, 12, 13, 16-18, 20, 23 and 26 with photos of the prominent leaders of the world socialist movement that had become ‘enemies of the people’ have been removed. Page 26, missing in the British Library copy of October, from the copy in the Russian State Historical Public Library

Interestingly, the British Library copy contains p.25 (see below) which looks like a half of a folding plate where the right half is missing. It is not included in the digitised copy, so we cannot say whose photograph became a reason for cutting it out. The collage on p.38 tells a story of the of ‘Monumental Propaganda’ plan. On the photograph in the bottom corner Grigorii Zinoviev  is shown giving a speech at the opening of one of the first Soviet monuments – a monument to the revolutionary V.Volodarskii, who had been assassinated on June 20, 1918. 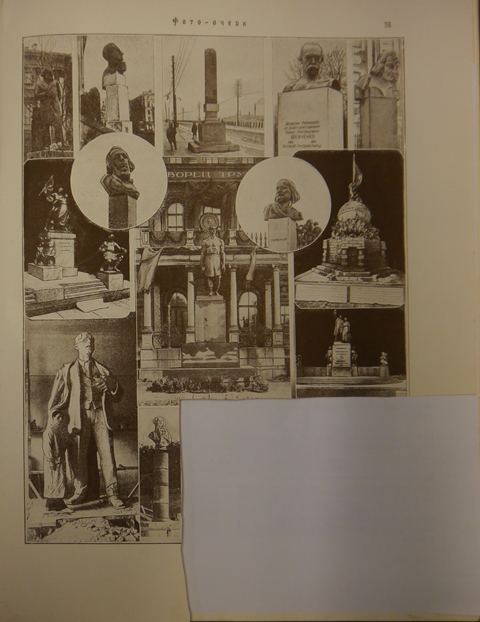 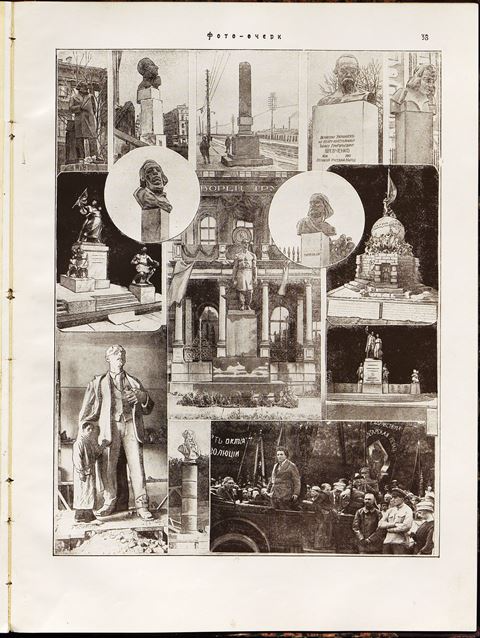 We can fairly easily find information on Trotsky, Zinoviev or Volodarskii, but what happened to the woman in a hat in the right corner or to the boy with a holster on the car step next to Zinoviev? Unfortunately, they also were cut out of the history together with those who made it.

Posted by Olga Kerziouk at 9:58 AM