In a week which begins with World Radio Day (13 February),it is appropriate that we should also commemorate the 110th birthday on 16 February of an author and critic who was one of the leading figures of the early years of Czechoslovak broadcasting – Dobroslav Chrobák. 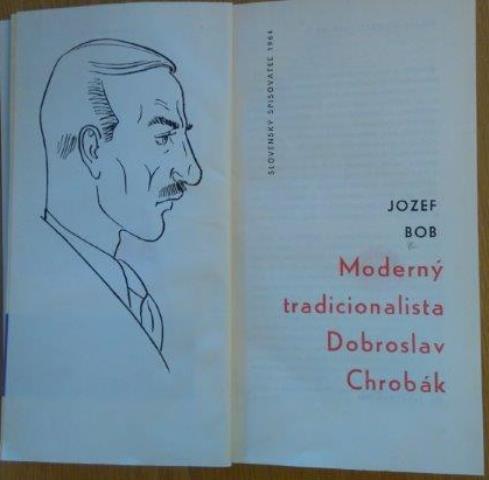 Born in Hybe, Slovakia, as the second of four children of a tailor, Chrobák was educated in Rožňava and Liptovský Mikuláš before proceeding to the higher technical school in Bratislava and the Czech Technical University in Prague, graduating in 1934. He was still a schoolboy when, in October 1918, the new independent republic of Czechoslovakia came into being. It was an exciting time not only in politics but in the arts, with the emergence in 1920 of the Devětsil movement with its fascination with the transformation of language into visual art and the possibilities of technology. In 1925, when the student Chrobák was writing his short story ‘Náraz priam centrický’ (‘Centric impact’), Jaroslav Seifert published his verse collection Na vlnách TSF (‘On the waves of the TSF’; British Library Cup.408.kk.11.), laid out by Karel Teige as typographic poems, celebrating the power of wireless telegraphy to transport the reader to Paris, Australia, New York and back again.

On graduating Chrobák returned to Bratislava to work for Československý rozhlas, the national radio company which had begun broadcasting in 1923, as editor of its publication Rádiožurnál. By 1945 he had risen to become the director of short-wave broadcasting throughout Slovakia, and two years later he was appointed as the principal director of the Slovak division of the organization.

However, Chrobák’s writings were not concerned with technical advances but reflected his interests in nature, folklore and the Naturalist movement in fiction. As a student he had collected proverbs and examples of folk wisdom, but also admired authors such as Hermann Hesse and Knut Hamsun whose example encouraged him to turn away from descriptive realism in favour of evocations of the primeval and mythical quality of the natural world. He was also a skilled translator, particularly from Russian (notably of Turgenev’s Home of the Gentry as Šľachtické hniezdo, 1934) and the editor, with Štefan Letz, of the Slovenský literárny almanach (Prague, 1931; X.981/1419), illustrated below. 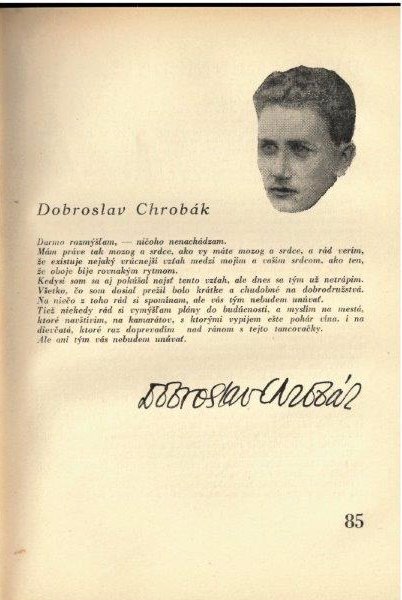 His 1932 history of Slovak literature, Rukoväť dejín slovenskej literatúry provided readers with a concise guide to writing in Slovak from the earliest sources through the Hussite era, the Reformation and the Enlightenment to Romanticism and Realism. 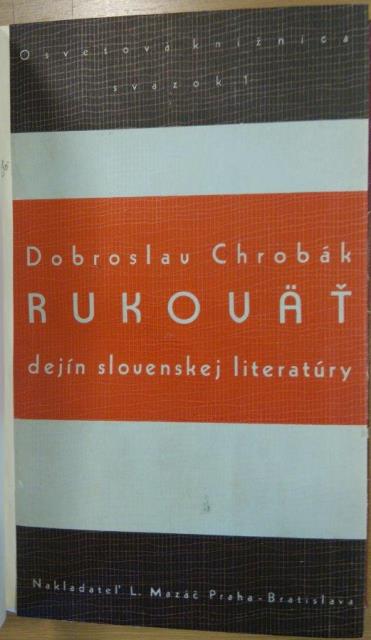 The British Library also holds modern editions of Chrobák’s major prose works, including the collection of short stories, Kamarát Jasek (1937), which established him as a writer of fiction (Bratislava, 2000; YA.2003.a.10244), and his 1943 novel Drak sa vracia (‘The Dragon Returns’; Bratislava, 1971; X.989/12935), one of the most significant examples of Slovak naturalism. The ‘Dragon’ of the title, Martin Lepiš Madlušovie, is found in the forest as a small boy by the potter Lepiš who raises him to be his assistant. When old Lepiš dies, the villagers blame his foster-son for his death, beat him and drive him away as a Jonah-like figure associated with other misfortunes such as drought, sterility, and the death of a village woman in the fields. The novel begins with Simon, a farmer, reporting to his wife Eva that the Dragon has returned to the village, and suspecting that she may take the opportunity to visit him, as she had been in love with him before the villagers drove him out. Eva, although she still loves the Dragon, keeps away from him despite the lack of any genuine emotional bond with her husband, with whom she has little in common apart from their shared work on the farm. Further drought causes a fire to break out in the mountains where the villagers’ animals are wandering in search of food. The Dragon proposes a way of saving them, and the villagers join forces with him and Simon; the latter, however, suspects the Dragon of selling the cattle and sheep to the Poles and, running back to the village, sets his potter’s hut on fire. When the Dragon finally reappears with the herds and flocks, accompanied by his sweetheart Zoška, Simon acknowledges his mistake and begs the Dragon’s forgiveness,while the latter in turn admits that he had wronged Simon by abandoning Eva when she became pregnant. Seeing him with Zoška, Eva realizes that it is time finally to abandon her feelings for him and appreciate Simon and the life which they have built together, and the novel ends with an epilogue which reveals that the whole story was narrated by Eva to her little grandson: ‘...And then? And then – that was all. They loved each other and lived happily together until the end of their days... Sleep, little son!’ 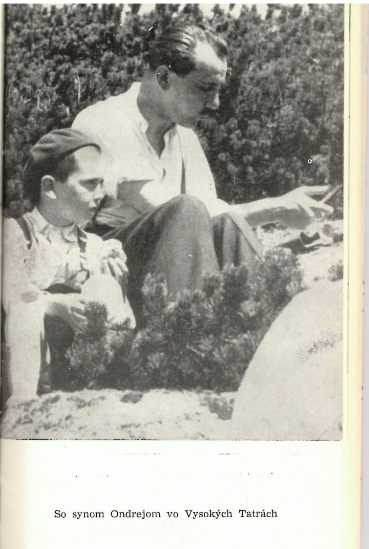 Chrobák was also a prolific contributor to the fields of art and literary criticism, and this, together with his professional duties, gave him less time than he might have wished to devote to fiction. His premature death at the age of 44 on 16 May 1951 followed an unsuccessful operation to remove a brain tumour, and his funeral took place three days later in his native Hybe. His achievements in connecting this remote area with the main currents of European culture – both literally and figuratively – remain considerable and deserve wider recognition.