To mark the 75th anniversary of the death of the Austrian writer and collector Stefan Zweig (23 February 2017), the British Library has this week opened the display: ‘Stefan Zweig: The Magic of Manuscripts’ in the Sir John Ritblat Treasures Gallery. 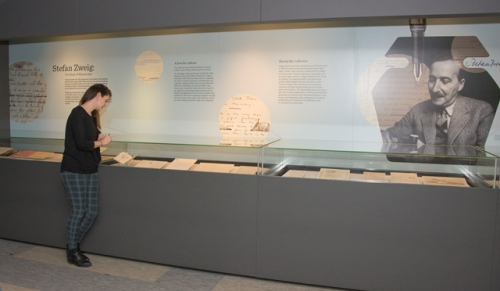 The display in the Treasures gallery (Photograph: Elizabeth Hunter)

Fast re-becoming a household name in the English-speaking world, Stefan Zweig was the most-translated author of his day. His short stories, his biographies and his memoir, Die Welt von gestern (The World of Yesterday), quickly became bestsellers but his writing was only one part of his work. From an early age, Zweig began collecting the manuscripts of creative figures he admired like Goethe and Beethoven. Soon, he owned one of the most prestigious manuscript collections in Europe and Zweig considered this group of ‘sublime figures’ as much of an artwork as his writing. Exile to England in the 1930s precipitated the dispersal of his collection – some items were donated to appropriate institutions, most were sold. What was left was the essence, the refined core of his original idea and in 1986, Stefan Zweig’s heirs donated this great collection to the British Library. 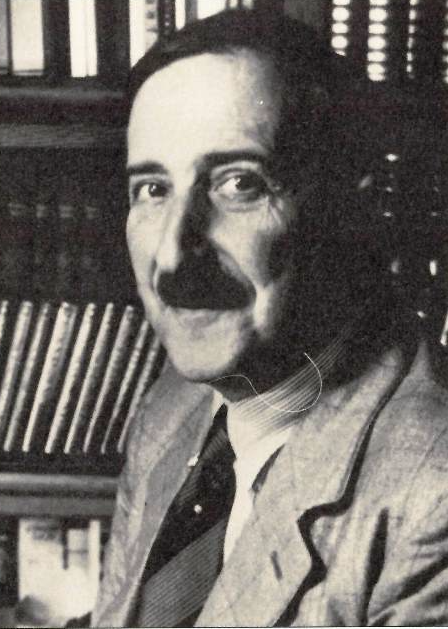 Our display will celebrate the breadth and eclecticism amongst the literary, historical and musical manuscripts. It begins with a case dedicated to the many close friendships Zweig made across Europe, with manuscripts from Romain Rolland, Hermann Hesse and ‘the dear master’ Sigmund Freud. We move onto showing how Zweig’s writing often reflected his collection through figures such as Marie Antoinette (the subject of an incredibly successful biography by Zweig), Leo Tolstoy and Lord Byron. 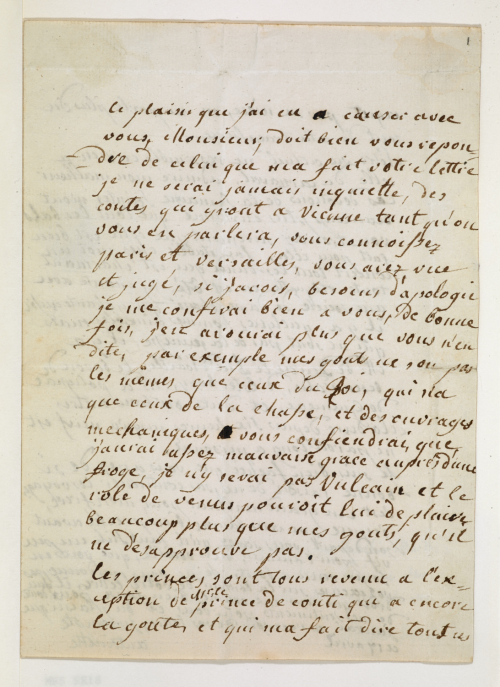 Zweig was motivated by the ‘secret of creation’ and the way for him to get closer to that secret was through manuscripts that were ‘still warm from writing’. In other words, working drafts, works-in-progress, corrected proofs – anything that showed the mess of production. This is precisely what the third case displays with a leaf from the monumental bound corrected proofs of Honoré de Balzac’s Une Ténébreuse Affaire, which is certainly the collection’s most emphatic example of the creative process. Works by Goethe, John Keats, Paul Verlaine and Oscar Wilde join the Balzac in revealing the deviations, re-imaginings and second thoughts at the heart of the creative process. 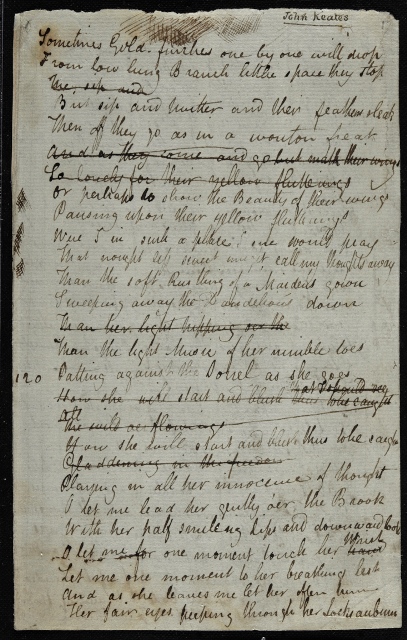 The final case belongs to Zweig’s musical manuscripts, since music would dominate his later collecting period. In exile in the 1930s and more and more uncomfortable with the German language which was becoming contaminated by Nazism, music became a less-complicated artistic refuge. Manuscripts by Richard Strauss, Mozart and Schubert each tell a story about Zweig’s later life. In Schubert’s ‘An die Musik’, we hear the famous line repeated so often in Zweig’s memoirs: ‘Thou lovely art, how often in dark hours, when life’s wild tumult wraps me round, have you kindled my heart with loving warmth, and transported me to a better world.’ 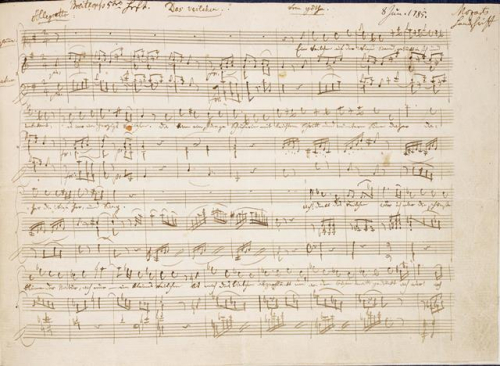 Wolfgang Amadeus Mozart, ‘Das Veilchen’, a setting for voice and piano of a poem by Goethe. Zweig MS 56, f.1.

Other musical treasures from Zweig’s collection are also on longer-term display in the section of the gallery devoted to Music: a cantata by Gluck (Zweig MS 34), sketches for Stravinsky’s ballet Pulcinella (Zweig MS 94), and one of the greatest treasures in the collection, and indeed in the British Library, Mozart’s thematic catalogue of his own works (Zweig MS 63).

‘The Magic of Manuscripts’ will be on display until 11 June 2017 and to accompany the exhibition and celebrate the publication of the catalogue of the literary and historical manuscripts in the collection the Library will be hosting a study day and an evening of music and poetry from the Zweig Collection on 20 March. Tickets for these events are available through the links.