Actaeon was not a voyeur

The current small exhibition about Ovid in art (primarily ceramics) at the Wallace Collection reminded me of an earlier one at the National Gallery. Here some artists of our time paid homage to Actaeon on the entirely bogus grounds that he was a voyeur, and regaled us with a mock-up of a peep-show and similar treats.

But let’s back to the text, Ovid’s Metamorphoses, book III: Actaeon was out hunting and stumbled on Diana, goddess of chastity and the hunt, bathing with her nymphs. 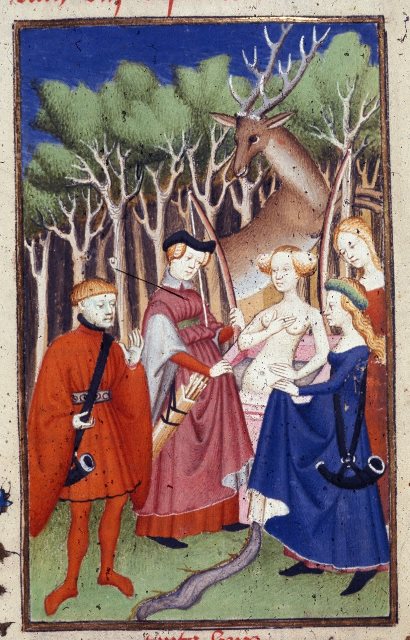 In Mary Innes’s translation for Penguin Classics (1955 and much reprinted):

The nymphs, discovered in their nakedness, beat their breasts at the sight of a man ... Crowding around Diana, they sheltered her with their bodies, but the goddess was taller than they, head and shoulders above them all

Vengefully, the goddess sprinkles Actaeon with water, turning him into a stag and causing him to be killed by his hounds. 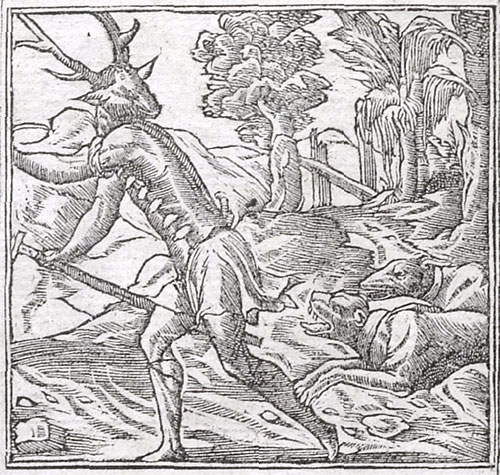 Ovid gives the message right at the start:

Fortunae crimen in illo,
non scelus invenies; quod enim scelus error habebat?
(Destiny was to blame for Actaeon’s misfortunes, not any guilt on his part; for there is nothing sinful in losing one’s way.)

Ovid himself likens himself to Actaeon in Tristia II. Explaining why the Emperor Augustus exiled him to Romania, he says “Like Actaeon, I saw something”. What we don’t know, but Ovid obviously thought Actaeon was innocent, which meant that he was innocent too. 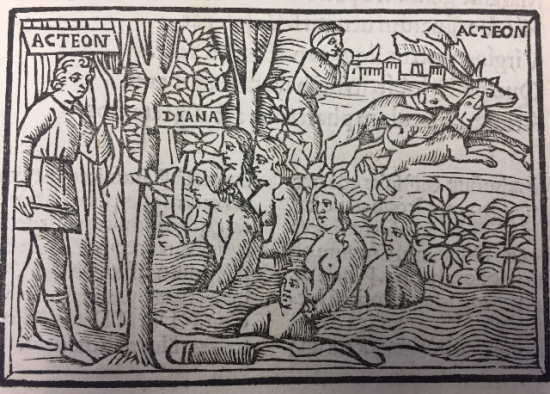 But later authorities couldn’t help wanting to put the blame on Actaeon.

Fulgentius (5th century) said that Actaeon wasted all his time on money on leisure (hunting) and was therefore consumed by his hobby. 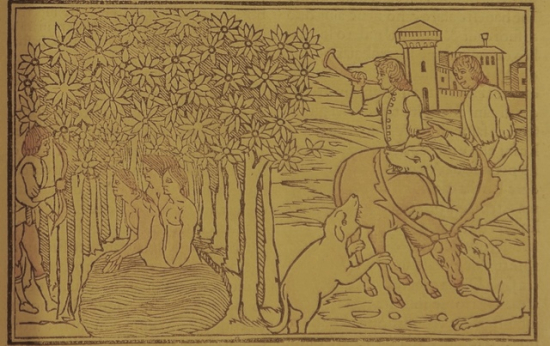 Giovanni di Bonsignore (14th century) said he turned into a stag because his love of the solitary pursuit of hunting had made his proud and anti-social, like the stag.

Camões in the Lusiads (16th century) says much the same about Actaeon, but this is interpreted by Manuel de Faria e Sousa in the 17th century as something to be applied to the young King Sebastian. 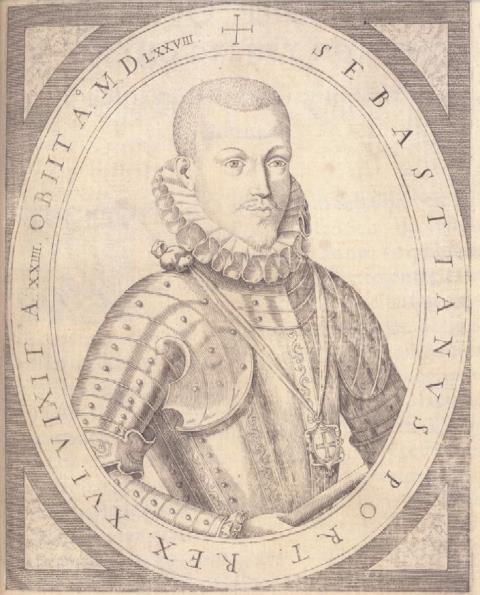 Headstrong young Sebastian, like Actaeon, was too keen on sports and neglectful of the need to find a wife. And of course he died young, at the battle of Alcacer Quibir, because of his hot-headedness and left Portugal without an heir, leading to what the Portuguese call the “Philippine Domination” of 1580-1640.

So, be careful when you go down to the woods.

But whatever his mistakes Actaeon was not a voyeur.

The Metamorphoses of Ovid. Translated and with an introduction by Mary M. Innes (Harmondsworth, 1955) W.P.513/58.