From Cubism to concentration camp: the life and death of Josef Čapek

Many English speakers who claim that they do not know a word of Czech would be surprised to hear that at least one has found a firm place in their vocabulary: robot. Those who are aware of its origins might confidently state that it owed them to Karel Čapek’s play R.U.R. (Rossum’s Universal Robots), first performed in 1920. However, he declared that he had merely given it currency, and the term had actually been coined by his elder brother Josef Čapek (1887-1945). 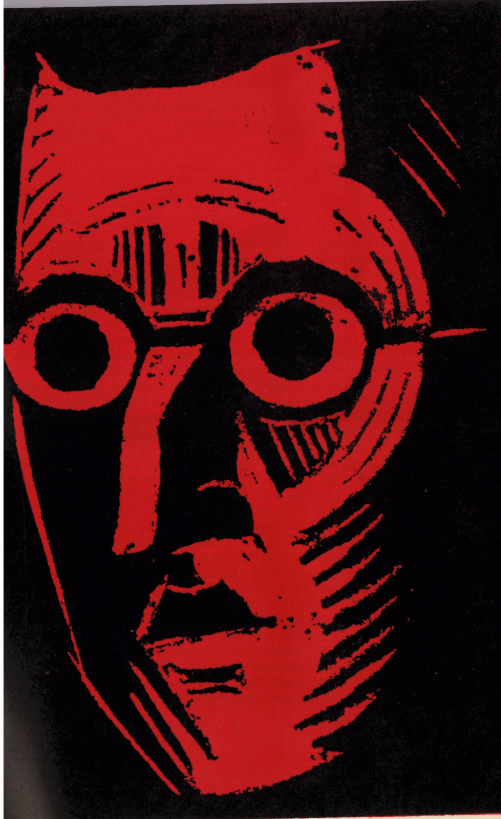 The two brothers had been born in the Bohemian town of Hronov as the sons of a doctor, and enjoyed a happy childhood there with their older sister Helena, who later remembered them affectionately in her memoir Moji milí bratři (‘My dear brothers’: Prague, 1962; 11880.r.19). All three siblings showed talent as writers from an early age, but Josef also displayed a gift for painting and drawing, and it was as an artist that he found his true vocation, studying at the Uměleckoprůmyslová škola in Prague and the Académie Colarossi in Paris. In later life he often illustrated the writings of Karel and Helena, but the paintings which initially made his name were in a very different style with a strong Cubist element, even in portrayals of Czech peasant life which recall the angular and bizarrely-coloured figures who people Chagall’s Vitebsk. 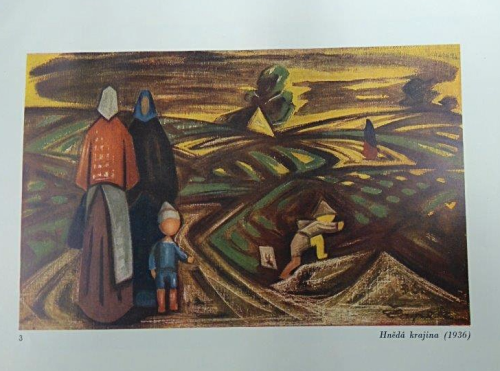 Josef possessed considerable creative versatility, however, and developed not only a variety of idioms appropriate to the authors whose works he illustrated but a literary career of his own. He collaborated with Karel on the play Ze života hmyzu (‘The Insect Play’: Prague, 1921; Cup.408.z.53). Its satirical parallels between human society and that of various species of insects, from the bourgeois Crickets to the totalitarian world of the Ants, were universally applicable, and two years later it was translated by Paul Selver and ‘adapted for the English stage’ as The Life of the Insects (London, 1923; 11758.a.40.) Under his own name he published the utopian play Země mnoha jmen (‘The Land of Many Names’), which was also translated into English in 1923. However, one of his best-loved works was a charming collection of tales about a dog and cat who set up house together, Povídaní o pejskovi a kočičce (‘The Tale of Pup and Puss’), which is still a firm favourite with Czech children. 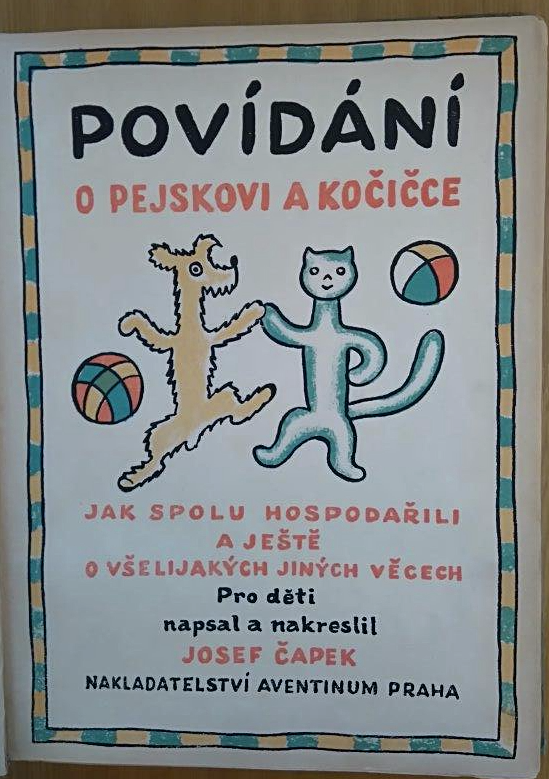 He also had the capacity to provide humorous illustrations which matched the style of the comic authors such as Eduard Bass as well as Karel’s fairy tales and stories for young readers; though both brothers married, Josef had only one daughter, Alena, and Karel no children, but they were both adept at creating books for them whose wit and fantasy were in no way inferior to their works for adults.

However, as the 1930s progressed, political events provided sharper and bleaker matter for Josef to portray. He had had many years of experience as a journalist, initially as a critic and the editor of various art periodicals, including Umělecký měsíčník (Prague, 1911-14; ZA.9.b.1513), the journal of the Skupina výtvarných umělců (Group of Representational Artists), which he had co-founded in 1911. From 1918 to 1921 he acted as editor of Národní listy (MFM.MF641) which he left to spend 18 years as the editor and art critic of Lidové noviny (MFM.MF623). The caricatures which he provided for the newspaper became increasingly pointed and bitter in the period leading up to the annexation of Czechoslovakia by the Nazis in 1938, and on 1 September 1939 he was seized and imprisoned by the Gestapo. Eight days later he was transferred to Dachau, and thence to Buchenwald, where he spent two and a half years. His artistic gifts led him to be assigned to a calligraphic workshop where, along with other artists including Emil Filla, he was given the task of painting the family trees of SS officers. 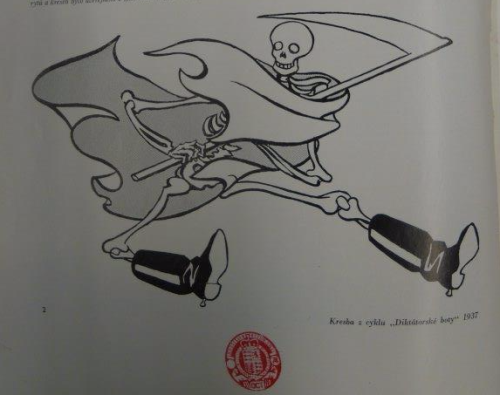 His creative spirit remained undaunted even after his removal to Sachsenhausen on 26 June 1942, where he not only translated English, Spanish and Norwegian poetry but wrote and illustrated a long poem dedicated to his brother Karel and circulated further poems in manuscript. However, on 25 February 1945 he was moved yet again – this time to Bergen-Belsen, where typhus had broken out. In his weakened state after five years of incarceration Josef soon fell victim to the disease, and although some witnesses claimed that he was still alive in April, he died shortly before the camp was liberated, and as his body was never recovered he was officially declared in 1948 to have died on 30 April 1947. Karel had died at Christmas 1938, having contracted pneumonia after working in his beloved garden, and with his spirit crushed by the fate of his country; he is buried in Prague’s Vyšehrad cemetery, where a monument also commemorates the brother whose last resting-place remains unknown.

Perhaps less well known in the English-speaking world than his brother, Josef Čapek deserves to be remembered on the 130th anniversary of his birth for the original and many-sided vitality of an artistic spirit which remained unquenched even in the grim circumstances of his final months.